Since the release of Yes’ last album in 2014 Heaven and Earth, quite a lot has changed with the iconic prog band – mainly the passing of bassist Chris Squire whose signature bass sound was found on every prior of the band’s releases: the only constant member in a band that thrived on lineup changes.

While Heaven and Earth was received poorly by Yes fans and critics of generally being devoid of the musical substance that this band was always so capable of producing. So while the prior failed to capture the spirit of Yes, the band’s twenty-second studio album The Quest, which runs thematically with poignant themes of isolation and climate change stands as a true return to form, even without the presence of Squire, as leader Steve Howe brings musical gusto to the equation while lead singer John Davison supplies lyrics most Yes fans will find relatable.

Squire’s replacement Billy Sherwood has already proven a proficient live fit having already been the band’s touring bassist. The big question is- is Yes still Yes without Chris Squire? Just one listen to the band’s leadoff track and first single  ‘The Ice Bridge’ and we sense one of Yes’ strongest new songs in decades. This is a seven-minute glorious sound voyage that is classic YES in all but the band members’ names: whirling dervish keyboards, classically influenced free-flowing guitar solos, and a relentless pace that dips and dives in the most perfect of places. Jon Davison proves to be the aptest YES singer since Jon Anderson (sorry Benoit David and Trevor Horn), as his voice serves both the song and the mission admirably. Sherwood’s crafty running basslines and trebly undertones create a very nice bed for Howe and keyboardist Geoff Downes to bounce solos back and forth almost seamlessly.

Another question among fans was how longtime drummer Alan White perform following major back surgery in 2016, which has limited his live contributions, where drummer Jay Schellen has stepped into the main role.  It was clearly stated in early press releases that Alan played on the vast majority of the album and Jay only filled in on some percussion. On The Quest, White’s playing is crisp, sharp and every bit in line with his “it’s all in the wrists” technique.

Another aspect to this album that should be noted is the augmentation of a full orchestra into both the first three tracks, giving The Quest a magical sounding foundation, not too much different than 2001’s Magnification LP, which was Jon Anderson’s last studio Yes LP.

“Dare to Know”  is a vibrant second song that serves as a four-note progression that builds and swirls around Howe’s signature guitar sounds into a unified theme, while orchestral flow connects the listener into “Minus the Man.” This dreamy number about artificial intelligence co-written by Davidson and Sherwood features welcoming vocal harmonies between the two co-writers. Although a bit of a momentum killer, The Quest rises from its valley with “Leave Well Alone”, a pristinely groovy Howe penned track that features him and Davison on dual lead vocals, featuring tempo and momentum changes over its eight-minute length, making it a true Yes classic in the making with its thematic overtures.

“Leave” harkens a bit back to classics like “Starship Trooper” in the way it resolves itself and credit to Howe who continues to handle the Yes legacy with care and thoughtfulness. Another Davidson/Sherwood penned track, The Western Edge” is another high point of the album once again features co-lead vocals where Howe’s well-recognized steel guitar sound creates a picturesque soundscape, with the only negative being its new-age slanted pacifying keyboard placements. “Music To My Ears” acts as a pass-off upon first listen with its rather cliche subject title but instead unfolds interestingly and might make for a prophetic live cut in future shows.

Quest closer, “A Living Island” may be the least “Yes” sounding song on the album but possibly one of its strongest moments. Written when Davison was quarantining in Barbados, the Coral island referenced directly in the song is one about hope for a possible return to normalcy and a chance for a better world with the desire to wake up from the nightmare, as he so eloquently puts it.

The album itself was presented as a double CD/album but upon further inspection, the decision was made to present it with the first CD as the 45 minutes “main” album and a three-song set of bonus tracks, and upon listening, this decision was evident. These songs lack the punch and quality of the main tracks and would probably detract from the overall balance that the band has achieved, although the final track, ‘Damaged World’, is a keeper if only to hear Howe singing lead on a shockingly poppy tune.

Yes really has nothing left to prove at this point in the game nor write such challenging and interesting music even with no original members still in the band. Half of these Quest songs deserve regular live rotation placements but with a hall of fame catalog already set to play with, do the fans really want an “Ice Bridge” in place of “Sound Chaser”? Probably not… but it’s a good conundrum to have. 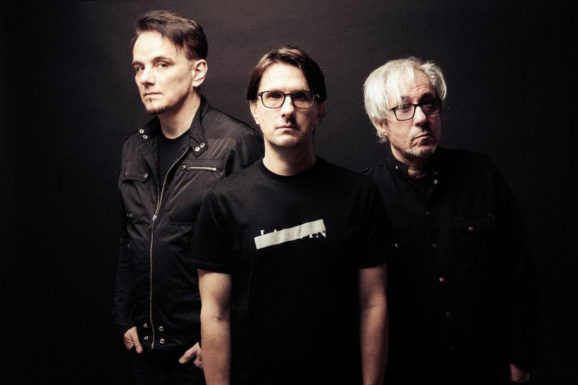 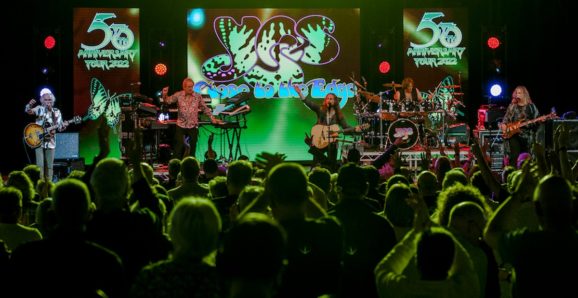