Austin City Limits Music Festival (ACL Fest) returned to Zilker Park yesterday, October 1st, after last year’s edition didn’t happen due to the COVID-19 pandemic. In a city that lives and breathes music, that’s taking away the manna that feeds the Austin masses daily. The festival could be viewed as a fully realized homage to the Austin live music scene, and NOT having the festival in 2020 brought that into sharp focus.

The heavy rain that preceded the festival going into Friday meant the grounds were in poor shape opening morning. City Parks officials along with festival promoter C3 Presents elected to push opening gates back until 3 p.m. to ready the park to withstand over 70,000 people stomping all over the soggy ground.

Consequently, the main entrance line on the East side of Barton Springs road stretched from just beyond the bridge over Barton Creek to about a mile down the street. Thank goodness the festival provides a dedicated media line for the working press which made the overcrowded situation a bit more bearable.

Once we got inside and made our way down the media tent, we were close enough to the Honda Stage to hear part of Machine Gun Kelly’s performance. The popular singer was perched on an oddly pink and white-colored 15 ft canister belting out lyrics in front of a less than impressive sound. Perhaps the festival was still dialing in the sound at the front of the house board? We’re not sure but that didn’t dissuade thousands of fans from packing in front of MGK in what turned out to be the first set of the day.

We also caught some of Finneas’ (Billie Elish’s brother) performance at the VRBO Stage. While Fineas wasn’t on our original schedule and we want to dislike his music because it seems like he’s riding his sister’s coattails, he’s actually got a good singing voice. Dressed in a smart-looking white suit, Fineas delivered a performance that could be called part yacht-rock, part singer-songwriter, part pop. The Los Angeles singer took a moment to mention he didn’t like Texas’ Governor, yelling “fuck Greg Abbott!” He then let the audience know his fee for the ACL performance would be donated to Planned Parenthood Texas. Fineas certainly earned more fans with that statement.

From the BMI Stage area, we watched Megan Thee Stallion as she twerked, danced, gyrated, and pulsed to her hit songs with a line of hottie girl dancers moving with her. She also invited last night’s Honda Stage headliner, Miley Cyrus on stage with her at one point. This was a bit of a make-up set as Megan famously missed her 2019 performance after arriving late to the festival from her downtown hotel. She more than made up for it with her fans who turned the west end of Zilker Park into an outdoor dance party.

Following Megan’s set which had folks buzzing, hot hard rock act Bexley from Los Angeles hit the stage at BMI. The grunge act was set to kick off the stage on Friday but their set got moved to 7 p.m., extending the BMI Stage hours to 8 p.m. from 6 o’ clock, so that this upstart band would have a chance to perform. The group is fronted by Seattle native Amanda Hardy, who has a great, lower register vocal delivery that’s perfect to reinvent the grunge sound of her hometown. Backed by a damn good hard rock band consisting of Canadian lead guitarist, Steve Costello, and Southern California drummer, Tosh Peterson, Bexley delivers the goods with good old-fashioned hard rock accompanied by lyrics by Hardy that talk about the importance of mental health. From what we saw yesterday, there’s a lot more good coming from this act. Check their music streaming at Spotify and give ‘em a spin.

Friday evening’s headliners were Miley Cyrus and George Strait, which was both a disparate and tough decision to figure out who to cover. It was clear more fans headed to the Honda Stage to see Cyrus’ performance but King George was at the other end of the park delivering one of his eleven total shows booked through Spring of next year. The rarity of that performance sent us toward the Lady Bird Stage to check this legendary performer off our bucket list.

Although Strait’s audience skewed much older than at the other end of the park, there was no mistaking the folks who did make it out to ACL Festival amid questionable weather were rewarded with a gorgeous performance that highlighted Strait’s songwriting prowess and his band’s skill while giving the festival audience some special moments like his cover of Townes Van Zandt’s song, “Pancho and Lefty” made famous by Wilie Nelson and Merle Haggard. The King of Country also included a cover of Tom Petty’s “You Wreck Me.” Strait’s version was just about perfect for the Texas faithful who came to ACL Festival just to see him. He is indeed the King. 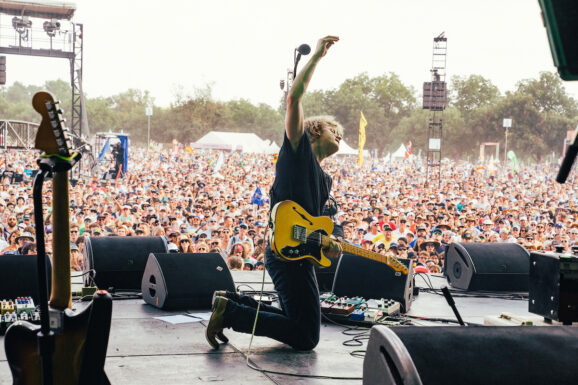 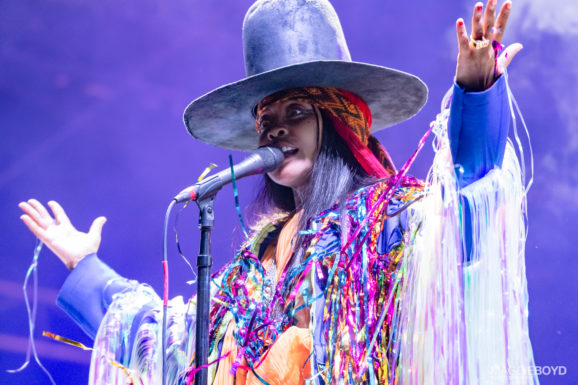