SONG PREMIERE: Taylor Scott Band Takes it Back to 70s Funk and Soul with “Throwback Grooves”

For roots rock artist Taylor Scott, 2020 was a year of reckoning. After a rocky year weathering personal storms, and having live music come to what seemed to be an indefinite pause, Taylor realized the only option was to shift his perspective, and he decided to use the time to reflect and regroup.

“I recommitted myself to music and personally had to work through so much. I felt like I was hitting my head against the wall for so long, and something finally just broke open. ‘Some of the new songs dealt with those dark months, charging ahead, because the only way out of it was to go forward through it. The others are so happy and lighthearted, and I haven’t written that way for years. I’m feeling celebratory now, and those songs reflect that.”

Taylor Scott is known for his soulful brand of funk-infused rock n’ roll and gut-punching lyricism, punctuated by his prodigious guitar skills. So it made sense to enlist the production expertise of Steve Berlin (Los Lobos) to help him realize the vision for his 2019 scorcher of an album, All We Have. After releasing a live EP in 2020 recorded at legendary San Diego venue The Belly Up, Scott was compelled to get back into the studio to lay down what had transpired musically over the last year. The decision to team up with Berlin again to produce was a no-brainer .

The upcoming album is a collection of tunes written over the past few years, throughout all of the unexpected ups and downs, from all different angles. There are a lot of different viewpoints defined in these songs.

Today Glide is excited to offer a premiere of his standout track “Throwback Grooves,” which was Inspired by some of Taylor’s favorite 70’s funk and soul records like Curtis Mayfield and Bill Withers. If ever a song title could reflect a track, this is it as the music exemplifies exactly what the title suggests. With the smoothness of John Mayer, Scott sings with effortless cool and comforting vibes as he’s backed by a dreamy rhythm section. Mixing soul, pop and mellow rock, the song features Eric “Benny” Bloom, who is a monster of a trumpet player and friend of Scott. Indeed, the addition of brass adds a cool jazzy element to the song that washes over you in a blissful style.

Scott describes the inspiration behind the song:

I wrote Throwback Grooves up in Wyoming on New Year’s Eve and I guess I was feeling nostalgic. That’ll happen on New Year’s Eve. I was thinking about someone from my past and how whatever was going on with us, we always had the best music playing. I try to make sure that’s always the case. In the car, around the house, whatever is spinning should be the bomb. I’m always conscious of the music that accompanies a moment so I guess writing a song about it felt natural. When memories play like movie scenes inside your head, do they ever come with music? Throwback Grooves is about that. 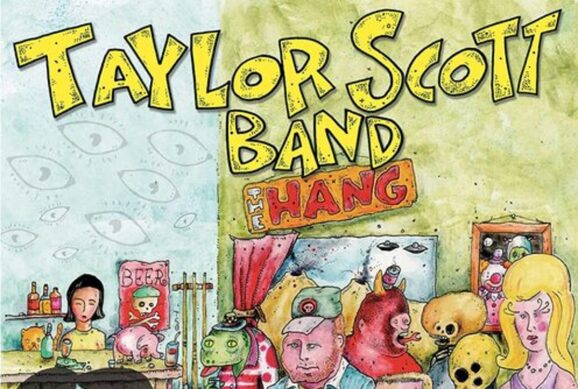