If you ever wanted to watch a MasterClass, where the best of the best show you how it’s done, then sitting in the audience at the recent Chris Hillman, Herb Pedersen and John Jorgenson concert was exactly where you needed to be. When it comes to Mandolin, no one is better than Hillman; although Jorgenson had some pretty spectacular moves of his own when he lay down his beautiful red Takamine acoustic to play the smaller instrument. And Pedersen is so subtle that you almost don’t notice him until he stops and you realize his playing was the actual soul of the song. It’s a wonder of nature what these three gentlemen can create together.

A seated show, just three guys with their guitars and their voices and a wagon full of songs intermingled with stories from Hillman’s career. Some may wonder, but where’s the excitement in that? All you had to do was listen and there it was, through twenty-one songs that ranged from the lovely to the iconic to the firey fingers of Jorgenson on “Feather.”

The show itself at Manship Theatre in Baton Rouge, LA on November 3rd was a retrospective of Hillman’s career in music, beginning with a cover of Bob Dylan’s “Farewell,” which the California native recorded with his early band The Hillmen after making a name for himself in the Scottsville Squirrel Barkers. “It was just such a good band, Leslie, and we did this album in four hours, the entire record,” Hillman told me during a 2017 interview. “You just played it as best you could then cause we were learning and were kids. And I’ve had more compliments over the last fifty-three years for that record with the Scottsville Squirrel Barkers.”

Remembering his childhood growing up in California, Hillman sang “Old John Robertson,” a Byrds tune that he revised on his 2017 Tom Petty produced solo album Bidin’ My Time as “New Old John Robertson.” According to Hillman, Robertson was a true character near his hometown. This was followed by several more Byrds songs, “Turn! Turn! Turn!” and “The Bells Of Rhymney,” before journeying into the Flying Burrito Brothers era with “Sin City” and “Wheels,” which Hillman introduced by saying, “If you have a failed marriage or a motorcycle crash, you’ll get a good song out of it;” and concluding with “Christine’s Tune.”

When Hillman excused himself from the stage for a few minutes, Jorgenson on acoustic and Pedersen on banjo performed a stellar rendition of “Feather,” an instrumental Jorgenson introduced by asking if there were any audience members who owned more than a few guitars. With plenty of cheers thrown up, Jorgenson said that the best way to explain this predicament to their significant others was to declare that a new guitar will give you a new song. “This guitar gave this song.”

With Hillman’s return, they entered the Manassas phase with an excellent “It Doesn’t Matter” and “Both Of Us (Bound To Lose).” Only together a very short time, 1972-1974, Manassas was a blues-rock-folk ensemble featuring Stephen Stills, Dallas Taylor, Fuzzy Samuels, Paul Harris, Al Perkins and Joe Lala. The band absolutely sizzled on two albums as Hillman was starting to come out as a songwriter. “I was getting there but not quite yet,” Hillman said in one of our interviews together. “I really started to get a grasp on it about another ten years down the road when Desert Rose Band came along. I could have done it earlier but I don’t look over my shoulder and go, well, if only … I don’t do that.”

Following a short intermission, they came back with songs from Hillman’s time in bands with his name in them, something he joked about when Jorgenson said they should start a band together after touring with Dan Fogelberg. “They were two bands that sounded like law firms.” From the Souther–Hillman–Furay Band came “Rise & Fall.” From McGuinn, Clark & Hillman was “Long Long Time” and from just McGuinn and Hillman – “Gene had taken a slow boat to Brazil by then” – was the lovely “Songbirds Fly.”

Which now brought us to the portion of the show where all three of these musicians became bandmates. Having bumped into Pedersen over the years, “We remained very good friends over the years and Herb and I started to mess around in the eighties playing acoustic music together again and then we put the Desert Rose Band together with John Jorgenson and it just really clicked.” Telling the story to the audience, Hillman had only one stipulation about doing a band with them: “Please don’t have everybody’s name in it.” They played their first #1 hit, “Summer Wind,” “Running” and “In Another Lifetime.”

Nearing the end of the show, Hillman talked about recording his solo album with Tom Petty and the extraordinary talent within the men sitting beside him. The title track, “Bidin’ My Time” was followed by “Given All I Can See,” the frolicky “Here She Comes Again,” “Wildflowers,” which was dedicated to Petty and received a standing ovation, and the encore of “Heaven’s Lullaby.”

If you had to put the night into one word, breathtaking would have to be it. These gentlemen are craftsmen with their guitars and despite a bit of scratchiness in Hillman’s throat, the harmonies rose and fell like melted butter.

On a side-note, the tour for 2021 will end on the 6th but they have some dates scheduled for the spring of 2022. You can check the website, https://chrishillman.com/ for those and also for information on how to purchase Hillman’s memoir, just out in paperback, Time Between. It is an absorbing read and they were selling like hotcakes at the merch table, one man telling me he had already read it but wanted an autographed copy so he bought another one. I spoke with Hillman about his book, which you can read here. 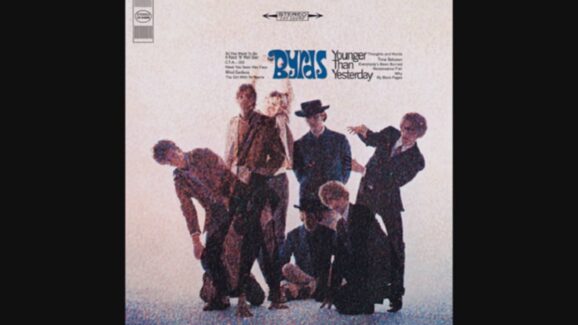