Gorillaz 20th Anniversary Reissue Due Out 12/10

It is now 20 years since Gorillaz’ eponymous debut album was released and this event weirdly coincides with the announcement today by the Department of Music Correction of previously sensitive documents being de-classified and made available, causing an uncovering of early demos and rarities from the world’s most successful penciled troubadours.

Back then, 2D, Murdoc Niccals, Russel Hobbs and guitar prodigy Noodle burst onto the global stage (with the help of Damon Albarn and Jamie Hewlett) following a collision of mishaps, meetings and pure luck to blow up a pre-digital world with their colorful backstory and ground-breaking virtual ways.

And now, Gorillaz (20th Anniversary Super Deluxe Vinyl Boxset) collects together the previously unknown 27-page DMC dossier of leaked documents, memos, faxes and some early Jamie Hewlett drawings (assumed lost in a fire), complete with an 8-disc vinyl set, for a very special super deluxe vinyl boxset of the album that started it all. A limited run First Edition will be released on 10th December 2021, ahead of a wider drop coming next Autumn. Pre-order First Edition here.

This special birthday feast comprises over four hours of music including the never-before-released Demoz, favorites G-Sides, Laika Come Home (first time on vinyl), the never released Live At The Forum, 2001, and of course Gorillaz which famously brought us Clint Eastwood (ft Del the Funky Homosapien),19-2000, and Tomorrow Comes Today.

Gorillaz drummer Russel Hobbs said – “Whistles have been blown. Truths have come to light. What started out as a trip down memory lane took a damn sideways turn into the heart of darkness. They say the past is another country. Turns out, it’s a whole other dimension.”

Gorillaz are coming to the big screen for one day only on Wednesday 8th December! The band’s acclaimed live show, the glorious, star studded virtual experience SONG MACHINE LIVE, captured at the band’s Kong Studios HQ in London in December 2020 will come to cinemas globally via Trafalgar Releasing, along with the cinema-exclusive behind-the-scenes featurette, ‘Live Inside From Kong’ with unseen interview footage and commentary from Damon Albarn and Jamie Hewlett. Details here.

Frontman 2D said – “Alright guys have a look at these new Superplastic spacesuit sets. They are well lifelike, it’s like looking in a really small mirror! Check ‘em out, yeah.” 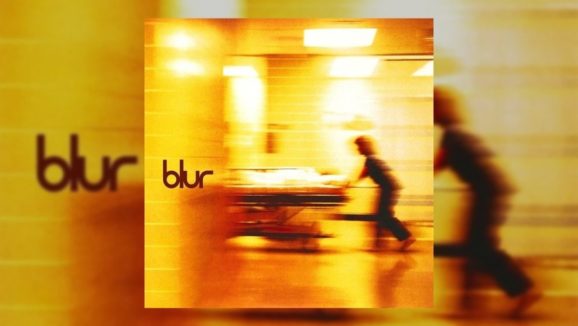 Blur Reuniting For One Night Only Wembley Stadium London Show