This spring, Interpol will embark on its first tour in two years with dates across the US, UK, and EU.

The US leg of the tour kicks off in Dallas, TX on April 25 and concludes with two nights at Kings Theatre in Brooklyn, NY. In between, Interpol will make stops in Denver, D.C., and Boston, among other cities. The band will also perform headline sets at Just Like Heaven Fest in Los Angeles, Palacio De Los Deportes in Mexico City, and Primavera Sound in Barcelona. Find the complete itinerary below.

Watch a short clip featuring footage shot during the recording of the band’s forthcoming new album at Battery Studio in London last year below..

*plus TYCHO and Matthew Dear

***plus The Shins, Modest Mouse, M.I.A and more 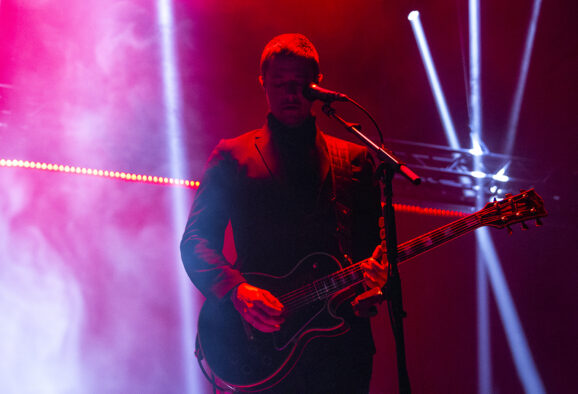 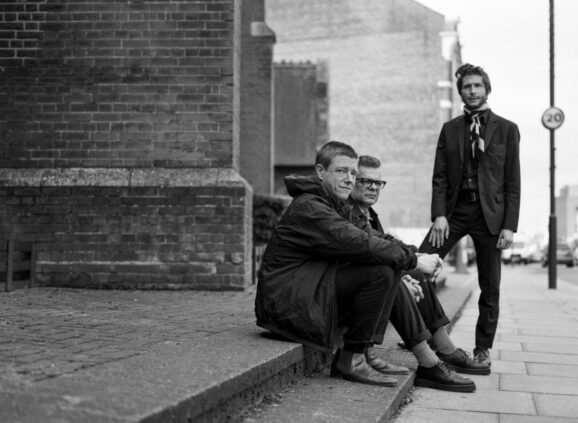 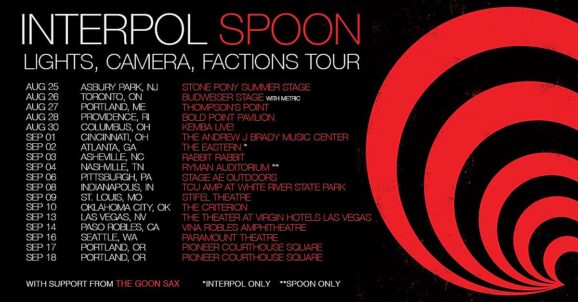