Erin Rae – “California Belongs to You”

Leave it to two El Lay rats like Erin Rae and Jonathan Wilson to release yet another song about California, but in their defense, it’s the best one here. Rae’s newest album is all you might expect, pleasant and refined dynamically and emotionally, but everything bursts open on “California Belongs To You”. Rae pushes her vocals about as far as it sounds like she can, finding every nuance between her understated chorus and the soaring verses. Wilson, as usual, brings exactly the right level of midday festival percussion to the mix.

Mitski – “Should’ve Been Me”

I’ve seen people call Mitski’s newest, a misstep, and it’s certainly a different entity all together than Cowboy, but what matters is, every song works. She doesn’t rehash Makeout Creek or Puberty and certainly not Cowboy, but she does make music like someone who had quit altogether a few years prior. The tracks are short, as always, but leave an impression. After the understated emptiness of “There’s Nothing Left Here for You”, “Should’ve Been Me” comes crashing out like a baroque “Nobody”, finding the right strand of cathartic emergence Mitski needs. As good as it all is, she picked a heavy release week and that more than anything will have people glossing over Laurell Hell.

Probably the most consistent artist here, although Mitski comes close, Le Bon has never released anything coming close to a “bad” song. On Pompeii, one of her best albums yet, it’s hard to pick a standout. “Running Away” certainly makes a case though, demonstrating the dichotomy of the instrumentation with a lurching, ominous chorus that overtakes the goofy synths of the verses. Le Bon presents the album’s themes of time and loss better here than on any of the other tracks and that’s including her goofy lyrics.

Black Country, New Road – “The Place Where He Inserted the Blade”

Four days ago, Isaac Wood, front man for Black Country, New Road announced he was leaving the band. The rest of the group, as of now, will move forward, a la New Order, with member Tyler Hyde taking the mic. Given that Wood’s departure is due to mental health reasons, and that the band had to cancel their upcoming tour, each agonizing and beautiful track is just that much more beguiling. “The Place Where He Inserted the Blade” has an added level of emotion to it now, sure, but the universal acclaim this track, and the rest of the album will soon receive is justly due. With Wood, moving himself toward Win Butler and away from Black Midi, the group can provide a song that could reasonably be described as anthemic. That’s not something you could’ve said about the first album.

Yeule – “Don’t Be So Hard on Your Own Beauty”

Yeule suffers from all the pitfalls of hyperpop: pretention, ugliness and worst of all, writing way too many songs that are decidedly not pop. Glitch Princess lives up to its name, comprising itself almost entirely of filler, but to ignore what does work would be disingenuous. Yeule is talented, being able to carve out enough room for themself among all the other PC Music compatriots to sell a couple of tracks as their own. “Don’t Be So Hard on Your Own” is Grimes by way of Belly, stripping away everything extraneous, leaving only an artist worthy of the colored contact lenses.

Chicago’s Saba is only a couple of weeks younger than I am, but at least I can admit that I’ll never accomplish anything as great as “Soldier”. Say what you want about his third album, I’ll say it’s not very good, but every couple tracks, Saba gives us a reason to keep talking about him. “Soldier” is a near-perfect collaboration, giving Pivot Gang every chance to provide melody and reason to what amounts to a dance song. Saba can give the listener enough story and pseudo-philosophy to lend the song a “purpose”, but the production is who everyone involved is working for.

For anyone who jumped off after Centipede Hz and Painting With, and because no one listened to Meeting of the Waters and Bridge to Quiet, the Animal Collective comeback may come as a surprise. “Cherokee” proves that they’re still providing the kind of spacey, primitivism that their fans are looking for, but it also sees the band move forward, stripping away the silliness that infected their late-career pop-side. “Cherokee” is the sound of a muted rebirth, with David Portner and Noah Lennox reviving the genius behind Spirt They’re Gone, Spirit They’ve Vanished as well as these 40-year-olds can.

Following a great feature on the great Nao album from last year, Gold is debuting his own full length and demonstrating he can hold his own. The features on Catch Me If You Can are minor, no one outshines Gold, although he hardly gives anyone the time to do so. On “One Woman” though, Gold and Ty Dolla $ign bring the same chemistry that Gold seems to bring to all of his collaborations. The result is effortless and simple in its delivery, something that both artists are best at. 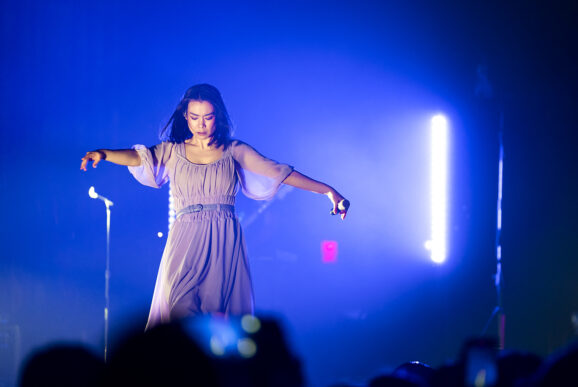 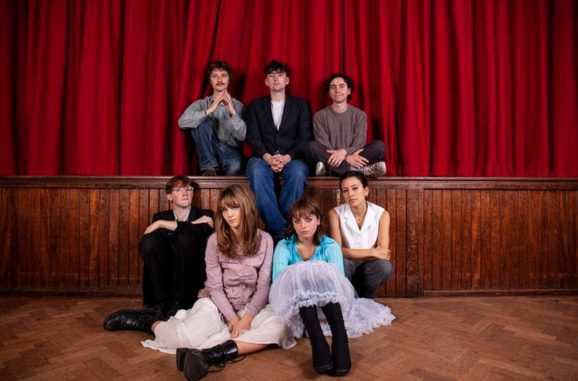 Black Country, New Road Own Up Its Lofty Ambition On ‘Ants From Up Here’ (ALBUM REVIEW)