Starting with their 2014 album Lost In A Dream, it was clear that Philly band The War On Drugs had finally created a sound that was arena-ready after years of touring. Somehow, despite the myriad of press generated by that album and subsequent releases, the band didn’t fully reach that status but came damn close. Now, with the release of their new album I Don’t Live Here Anymore, it seems the band has finally ascended to some of the biggest venues in the country, indicating that listeners have finally caught up to their brilliance. On a chilly Wednesday, February 23rd, the band came through Portland, Oregon for an evening of Live Drugs at the Moda Center.

With no opener, it was clear from the start that this would be a marathon set from The War On Drugs. The audience certainly wasn’t complaining as the band took the stage and unleashed the swelling piano and synths of “Old Skin” to set the mood before taking flight in what would be a two-and-a-half hour mesmerizing set of music. In the center of it all was Adam Granduciel with his Bob Dylan-meets-Bruce-Springsteen vocals and his endless array of guitars and effects pedals, but four out of six members of his band helmed keyboards (among other instruments) to create the textures and depth that Granduciel achieves in the studio. Granduciel’s guitar often grabbed the spotlight, starting with an impressive solo on “Pain” that matched the 80s vibes of the light show. When the band dropped into “An Ocean in Between the Waves” with its frenetic drum beat and drippy guitars, they created a powerful sense of intimacy despite the arena-worthy rocking taking place. This may be the secret and beauty behind the band’s sound as it was felt throughout the performance.

The set in Portland was similar if not the same as nearly other show on this tour and for good reason. Each song felt carefully placed to keep a certain pace and vibe going, with the bulk of the songs coming from the new album. “I Don’t Wanna Wait” carried a cool and moody, Phil Collins-esque groove before launching into the anthemic chorus, while “Victim” balanced an industrial rock sound with heavy guitar shredding. As one might expect, older tunes made for some of the most euphoric moments of the show, starting with “Strangest Thing” being played for a superfan’s birthday and showcasing some of the most triumphant guitar playing of the night, and “Red Eyes” soaring into synth bliss before easing into the soft acoustic guitar and piano-driven new tune “Living Proof.”

The second half of the show would find the band getting into more atmospheric material, like the poignant, tight and rhythmic “Change,” the punk-meets-New-Wave of “Your Love Is Calling My Name” segueing into a wash of feedback that introduced “Come to the City,” before easing into the mellow and reflective “Rings Around My Father’s Eyes.” By the time the band reached “I Don’t Live Here Anymore,” they seemed to be building suspense and taking the crowd higher, a feeling that was confirmed when they kicked off the extravaganza of lights and full-throttle rocking on longtime favorite “Under the Pressure.” They would bring everyone back to earth with dark folk harmonies and dreamy harmonica on “Thinking of a Place,” a song that brought to mind Neil Young’s guitar edge and the mournful singing of Jason Molina, ultimately leading to the airy Springsteen-in-the-80s groove of “In Chains.”

The War On Drugs has come a long way since forming over fifteen years ago, and during that time they have developed into one of the best American rock bands. At the core of their success is Granduciel’s skills as a composer. Enhanced by impeccable sound quality and a truly creative light show, Granduciel’s mastery was on full display in Portland. Each band member played a vital role in building the songs, creating a level of depth and richness that is hard to come by in most rock bands playing venues of this size. All of this equated to an inspiring live performance that enraptured the fans and left them walking away feeling energized. 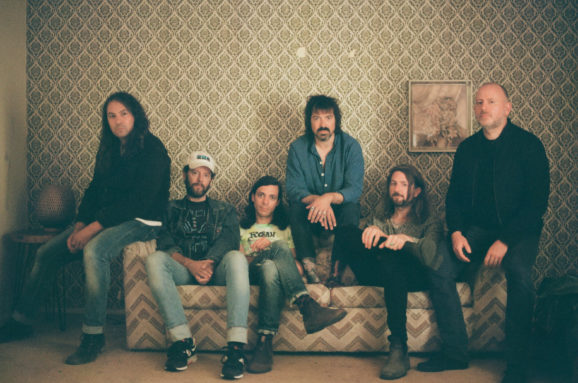 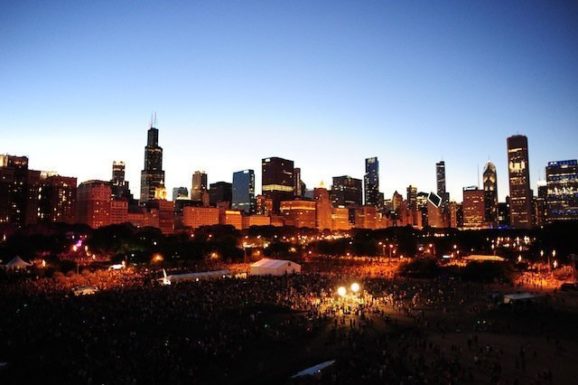