Auditorium is the project of Los Angeles-based artist Spencer Berger. Originally hailing from Queens, New York, Berger began performing at the age of nine as a member of The Metropolitan Opera’s Children’s Chorus, singing onstage with such golden-throated legends as Luciano Pavarotti and Placido Domingo.

This past year marked the 10th anniversary of Auditorium’s 2011 debut album Be Brave, and now Berger is digitally reissuing a deluxe edition of the album that features demos and live performances of 10 unreleased songs that he wrote during that era, which is out on April 8th.

Berger recorded Be Brave with a single microphone in the bedroom of his first Los Angeles apartment. Grand in scope (14 songs) yet tightly constructed (31 minutes), the album features only three elements: acoustic guitar, electric bass, and vocals. By using just two instruments to propel the songs, and layering his classically-trained voice to create an intricate web of harmonies, Berger conjured a wholly unique sound. Over the course of the entire album, the raw, soul-baring nature of Berger’s storytelling is distinctively paired with haunting, unforgettable melodies.

Berger is currently recording the third, full-length Auditorium album, which he’s planning to release in 2023.

Today Glide is excited to premiere the video for “Sunday,” a standout track on the album. Set in a dystopian near-future, the music video for “Sunday” follows a young man’s search for precious memories of a lost time. The video is directed by Ben Barnes, who also directed the 2016 music video for the Auditorium song “Fire Fire Ocean Liner.” The video, which is dreamy and whimsical, proves to be a proper visual for Berger’s choir-like vocals. Indeed, his vocals tend to take on the sound of being harmonized or perhaps echoing in a church or hall. Simple acoustic instrumentation gives the song an indie-folk sound that, along with the whistle track, adds to the sense of playful mystery in the lyrics and video.

Berger describes the inspiration and process behind “Sunday”:

“While I was writing ‘Sunday,’ I was in the midst of falling in love,” says Berger. “I’d met someone who made every moment we were together feel as if it was bursting with possibility. But we were living 3,000 miles apart, and at that time it wasn’t possible for either of us to move across the country. So, the act of writing that song was my way of wishing for a future in which we could spend our lives together. And it took another 500 days or so after the song was written…but my wish did come true.” 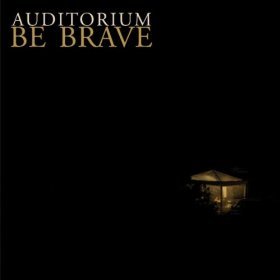