Birds of Play Incorporate Folk and Jazz Into Bluegrass Base on ‘Murmurations, Vol. 2’ (ALBUM REVIEW)

Birds of Play is a band from Colorado whose sound is a combination of bluegrass, folk, and jazz. Formerly a trio, the band added violinist Anneke Dean in 2020. She unquestionably leaves her stamp on the band’s new album Murmurations, Vol. 2.

The new album is the companion to Murmurations, Vol. 1, which was released in September 2021, and is a study in layers of sound. The album is named for the phenomenon in which starlings take flight simultaneously and the flock shifts shape while in air. It’s a fitting title right from the beginning. The songs are subdued in tempo, but they are given the space to soar with sustained notes and an airy sound.

Some albums are made to be blared from your car stereo while on a road trip. This isn’t really one of them, but that’s fine. This is more of an album to enjoy with earphones. When you listen to this album using headphones, you can’t help but notice just how well orchestrated these songs are. The opening track “Tarab” provides a good glimpse into what is to come on the album. Throughout the song, the violin plays sustained notes that give the song some space. On top of that is the mandolin, which sounds like it could fit just as easily in a bluegrass song. The whole thing is tied together by the harmony vocals that are definitely steeped in the bluegrass tradition.

“One Foot Out The Door” shows how the band can shift the sound and mood quickly. It contains a change in tempo and sound that is a little jarring just because it’s so unexpected. From the beginning, the melody is mellow and kind of jazzy, especially in the bass line. About halfway through, the tempo increases and suddenly there is some tension, like a scene in a movie that depicts the nerves of a character.

When you hear some of these songs (like “I’ll Be Good”, which references a river), it’s easy to imagine Birds of Play being the house band on a paddleboat on a river somewhere. The tempo is certainly not enough to rock the boat, but still enough to get passengers dancing.

“As She Sees It” is a waltz whose lyrics sound like they may have been inspired by a fever dream. The first lyrics you hear are, “It begins with a puddle of toad.” That might be the least mystifying lyric in the song. Later in the song is the story of an owl and a fox, “One with an ascot and one with a lapel that suggests they’re more than mere nocturnal beasts. Though quite efficient killers, they’re both humble to a tee. They’ve come to terms that they too must eat.” The overall feel is that this is the sort of song that might have come about from a songwriting session between Tom Waits, Soul Coughing, and They Might Be Giants.

You don’t have to be a musician to enjoy this album. That being said, this is the sort of album that musicians are likely to study for composition, including harmony vocals and changes in tempo within a song. It is a very well-crafted album that is especially good when you listen with earphones so you can hear all the nuance included in these songs. 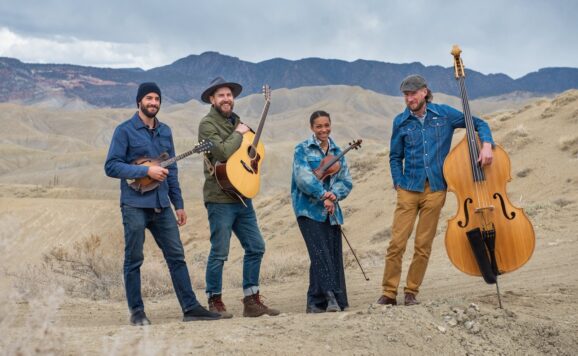