The SXSW satellite event out at Willie Nelson’s Luck Ranch near Spicewood, Texas, Luck Reunion celebrated the 10th anniversary of the event yesterday with a diverse slate of acts. Perhaps more so than previous years, indie rock, soul, indie-pop, punk, rockabilly and other genres unrelated to country music were prevalent at this year’s version of the bucolic event set on the site of the shooting location for Nelson’s 1986 film, The Red-Headed Stranger.

The Western town set buildings provide the perfect backdrop for an event that centers on the influential Nelson family and their musical and herbal accomplishments. This year’s edition featured Willie and Family albeit without beloved sister Bobbie, who passed away last week. A shrine to Bobbie was erected next to the tiny chapel on the property.

But Bobbie’s death was not allowed to cast a shadow on the event. Instead, Nelson family members along with 2,000 of their closest friends gathered together to celebrate her memory the only way they know how…by playing music to folks.

Aside from headliner Willie Nelson along with his sons Lukas and Micah performing on the main stage, memorable performances were booked by Japanese Breakfast, Jason Isbell and the 400 Unit, Lucero, Neal Francis, The Black Lips, Delta Spirit, Chuck Prophet and The Lost Gonzo Band featuring Michael Martin Murphey. Whew! That’s still only a cross-section of the incredible lineup presented yesterday.

The day began with a pleasant set from singer / songwriter, SG Goodman who turned in a fine show. That followed with an impressive set on the Saloon Stage by Chuck Prophet, who earlier in the week announced he had cancer but the treatable kind. You’d never know it from the barn-burner of a rock n roll set he put together in the tiny saloon space, which perhaps held 150 people at best.

Atlanta garage-rockers, The Black Lips came next back at the Saloon Stage, which featured red, white and blue bunting and a gigantic American flag on stage behind the musicians. The scene is quite impressive. Even more impressive was The Lips’ set which featured lead vocal performances from nearly everyone in the band. A party-time feel invaded the space and folks let loose on the balcony upstairs. John Macauley (Deer Tick) was spotted enjoying himself with his lovely wife.

Delta Spirit returned on the main stage with a fine mid-afternoon set during which bandleader Matt Vasquez remarked on how good it was to be playing with his band again. Vasquez has been primarily performing solo since relocating to Austin several years ago. Fans seemed excited at the prospect of the band touring again.

What came next at the Revival Tent was the highlight of the evening as far as this writer is concerned. Neal Francis and his band from Chicago put on a lesson in white boy, old-school funk and soul. The band has been touring non-stop (one segment included Austin’s Emily Wolfe) and it shows. The band is tour sharp, tight, and ready to rock it as they demonstrated yesterday at Luck Reunion.

After recovering from that dynamic performance that felt like every song was a hit, fans congregated near the main stage for NYC’s Japanese Breakfast (Michaell Zauner) for the set during sundown on the ranch. J Brekkie as she’s nicknamed, provided an energetic indie-pop set against a gorgeous backdrop of Hill Country and a Luck sign along with a watermark honoring the deceased Bobbie Nelson.

Jason Isbell and the 400 Unit played next on the same stage but the performance felt subdued as if Isbell was saving some in the tank for his headlining show out at Luck tonight with Danielle Ponder. Nevertheless, the Nashville-based former Drive-By Truckers member turned in a fine performance setting the stage for Willie and Family to finish off the night.

Willie came and sat down in a chair next to his sons Lukas and Micah in song-swap style with Nelson as both emcee and lead player. The set felt like a preview of Nelson’s headlining shows slated for April out at Luck. Fans really got to get a sneak peak of the show. The highlight of the set was this exchange between Lukas and Willie during which Lukas played “”Forget About Georgia” a tome to a woman he gave up. Tongue in cheek, Willie played “Georgia on My Mind” the famous Ray Charles song next. What else could he do? 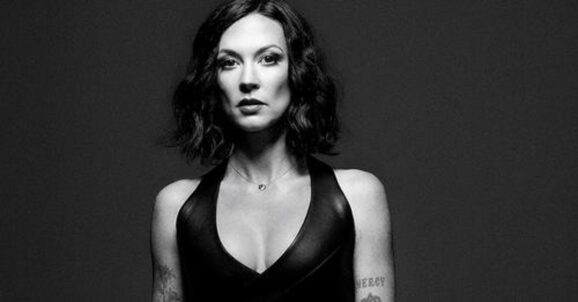 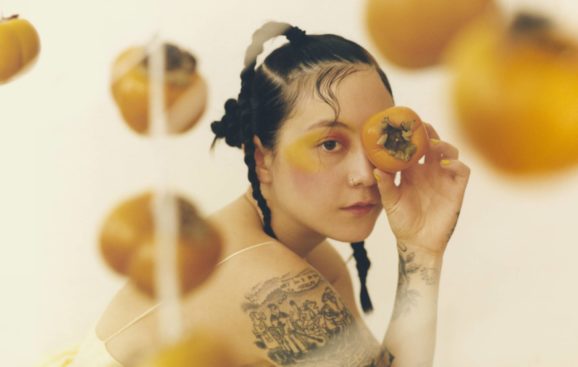 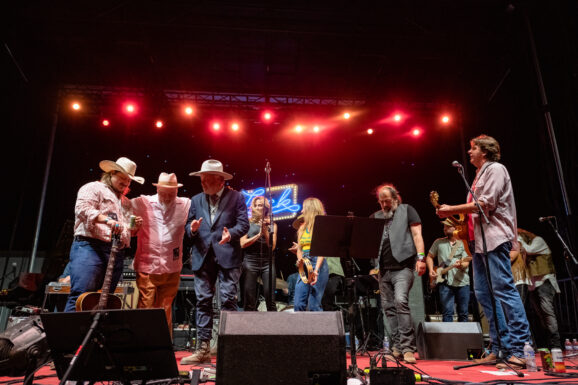