Bonobo recently returned to Seattle for his first show in the Emerald City in, as he proclaimed, five years. Coming as it did in the latter days of the pandemic, the show at Showbox SoDo on March 22nd felt like an apt reflection of this paradoxical moment in time.

Returning to a concert venue, one can’t help but reflect. Why do we attend shows? What value do the arts bring? On the one hand, people connecting, grooving, sweating, listening, melding with music; have been constants throughout human history. On the other hand, since pre-covid, many things have changed dramatically. Social movements have risen (Black Lives Matter, #MeToo). Climate change has taken an increasingly prominent place in both the news and peoples’ consciousness, as freak weather events multiple. People have learned to be separate from one another, to not just make do but perhaps even to live better. What role do crowded venues, big speakers, and live performers play in this new reality?

Bonobo helped demonstrate the critical role art plays in civilization, even as the show had moments of emotional inconsistency.

Visually, it was a spectacle. The backdrop of the stage had an industrial/warehouse vibe, with visible pipes and metal apparatus serving as a fitting backdrop to a generally spectacular light show. Lasers flashed, flowing across stage, performers, and audience, adding blankets of color throughout the show. The reversion to form, to spectacle, was so familiar, it was as if the pandemic had never occurred. That said, there were times when visuals reverted to tropes – such as beautiful images of icebergs – that both resonate and bear new weight in a time of rapidly advancing climate change (as the recent news of Arctic ice melt demonstrated).

Musically, the show was a curious mix. Dance tracks lit up an audience clearly looking to dance, maybe needing to dance more than ever. What did the pandemic do if not demonstrate the need for exaltation, for release, for humans in close proximity releasing joyful energy? Indeed, Bonobo met that need with some dancefloor bangers that offered near-magical release, the opportunity to forget any troubles and to pretend humanity has been nothing but awesomely advancing, facing an ever more beautiful future. Bonobo knows that power from his early days as a DJ, and standout tracks that had the Showbox rocking included “Rosewood,” “Shadows,” and “Bambro Koyo Ganda,” among others.

Other songs slowed the pace, added various instruments (woodwinds, surprisingly, included), and stretched things out in a way that felt more disjointed than interesting. Some of it was the removal of the endorphin high of big bass, for example with more acoustic songs such as “From You” feeling too slow. Some of it was the more jam-oriented “We Could Forever,” which simply felt a bit too meandering. Though relative misses, however, they didn’t slow the show too much, and Bonobo ended on a high note with the haunting “Kerala” from 2017’s Migration as the show closer.

In the end, as with any show, Bonobo had high notes and low, aspects that appealed more to some in the audience than others. However, Bonobo’s show also demonstrated that, as always, artists are critical to helping humanity get through and make sense of the world. Indeed, the urgency of creating and sharing that felt to be the root of the evening made this reviewer contemplate the reality the pandemic has laid bare: humans are here for such a brief moment. What will we do with this time? What beauty can one create, what impact can one have? While music cannot disconnect from the world in which it is produced and enjoyed, the shared joy experienced by 100s of Bonobo fans was ample evidence that the return to live music and the emotional power it brings is a welcome, enriching, and necessary piece of being human. 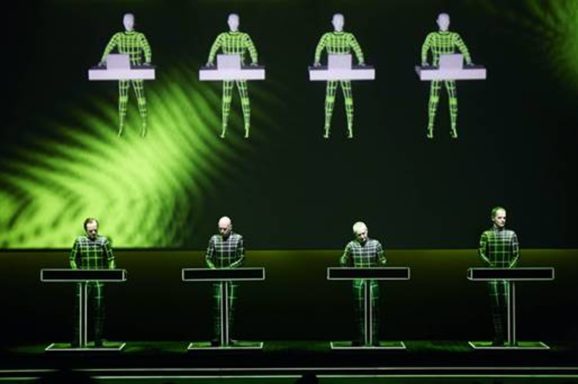