Hot on the heels of the release of his first full-length solo album, You Belong There, Daniel Rossen was in fine form on Saturday evening April 2nd as he returned to Brooklyn for a sold-out performance at Bushwick venue Brooklyn Made. The sixteen-song set showcased the Grizzly Bear member’s formidable guitar abilities and distinctive voice and drew a clear throughline across his body of work.

The Brooklyn show arrived in the middle of a tour that finds Rossen driving himself solo around the country, no band and no opening act, just him and his instruments, and the show seemed to reflect that same ethos, or perhaps it was vice-versa. He opened with the mystical “Repeat the Pattern”, his voice sounding as otherworldly as ever against the chime of his 12-string acoustic, which he transitioned seamlessly into the early Grizzly Bear song “Easier” to a round of applause. Stripped of Chris Bear’s drums and the woodwind flourishes that accent the new record, the songs took on a wandering quality; guided solely by the shifting intricacies of his playing as he worked to fill in what gaps he could, sometimes sounding like he was playing two or three instruments at once.. He noted as much, at one point stating “I felt like a good part of this tour was to pull off some things that I can barely make happen”.

Rossen remained seated, either at a stool center stage with a guitar or at an upright piano, through the duration of the show, which on Brooklyn Made’s relatively low stage made him almost impossible to see for anyone in the back half of the room. The best one could hope for was a short glimpse of his face at the microphone or his fingers on the fretboard, visible for a moment before disappearing again behind the swaying bodies. The music he wrung out proved plenty captivating though, whether he was flexing his virtuosic fingerpicking as he did on the winding classical-inspired passages of “Unpeopled Space” and “Shadow in the Frame”, along with a beautiful rendition of “In Ear Park”, from his Department of Eagles project’s 2008 album of the same name, or casting a dreamy spell over the room on the one-two punch of “Celia” and “Tangle”, where his mournful vocals and impressionistic piano swirled around each other like they were dancing at ballet as the crowd listened in hushed reverie.

A few other Department of Eagles tunes made the cut for the Brooklyn show, including a touching “Herringbone” dedicated to Fred Nicolaus, Rossen’s co-conspirator in the band who also happened to be in attendance, along with a set-closing “Balmy Night” which saw Rossen put the banjo he had kept stashed offstage to good use on the song’s cascading arpeggios. Another handful of tunes were pulled from his 2012 solo EP Silent Hour / Golden Mile and he even dusted off “Made to Rise”, an unreleased song that ranked among the highlights of the night. Late in the set, Rossen asked the crowd for requests, first joking that he wasn’t actually going to play them (“like…I’ll ask you, but I won’t do it”) before the room agreed on Grizzly Bear’s “Sleeping Ute”, which, with its serpentine fretwork, fit perfectly into the mix.

For his encore Rossen treated the crowd to a cover of Judee Sill’s “Waterfall”, closing out the night with a moment of lovely simplicity, just the folk singer and his trusty guitar singing a beautiful song, no more was needed. This solo outing proves that Daniel Rossen remains one of the strongest and most distinct guitarists and voices of his peers, yet one still can’t help but hope for the chance to see him bring this new material on the road with a larger ensemble. Or at least just to be able to see him next time. 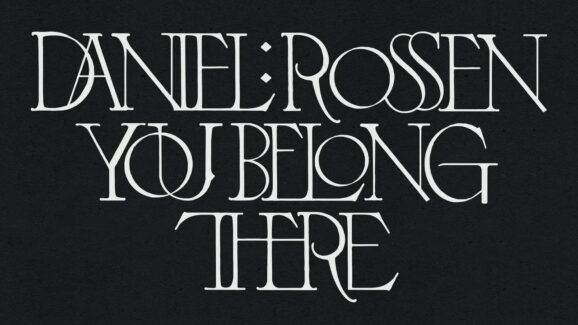