Long Beach rap artist Vince Staples has a track record of progression. From his 2015 LP Summertime ‘06, a project that left much to be desired from the fairly new rapper but still proved at times to be infectious and perhaps even near genius (“Norf Norf”), to the beyond intriguing Big Fish Theory and multiple shorter projects such as Premadonna and F.M.!, Staples has spent little time repeating the same approach twice.

Something he has expressed over and over again, however, is his deep love and loyalty for where he is from, those he knows best, and the origins he is most familiar with. Along with these critical parts of Staples’ life and identity come the perils and harsh reality of his upbringing and that of his loved ones. He spends a great deal of time on his latest LP, Ramona Park Broke My Heart, referencing, mourning and reflecting on his friends and others close to him who have died or been imprisoned as a result of violence and circumstance.

There is also a thread of romantic love that moves through this album, highlighted on tracks such as “When Sparks Fly” and then in many ways contradicted yet developed by a track later in the album, “Rose Street”, which reverts over to a more hardened outlook on the subject, one highlighted by a chorus line stating, “I’m married to the gang, don’t be playing games / Only bringing flowers to the homies’ graves.”

These themes of love and loyalty encircle Ramona Park Broke My Heart in a way that is not particularly new to Staples’ discography but that is perhaps done in his most creative and intense way yet, both lyrically and thematically. On the aforementioned “When Sparks Fly”, Staples raps “Hope we don’t get caught / Don’t you break my heart / Love how you illuminate my thoughts.”

As always, Vince Staples’ rapping ability is strong and his style unique. Nevertheless, this album is certainly more thematically focused and so, while high-quality technical ability remains important, mood and sensation are paramount. That being said, the production on Ramona Park is at its best quite effective, such as on “East Point Prayer” and at its worst simply a bit plain, though such instances are few and far between. One thing that is particularly interesting and enjoyable about the beats on this project is that they often manage to keep a West Coast, gangster-esque feel while still serving as a highly effective backdrop for Staples’ more emotional lyrics, as many a great artist has done before him.

Ramona Park Broke My Heart is a strong example of Staples’ continuing progression, in this case specifically where it concerns his thematic and lyrical approach to those closest to him, both alive and passed away. Staples is always an artist worth following and once again on this project he has proved to be one worth our praise and admiration. 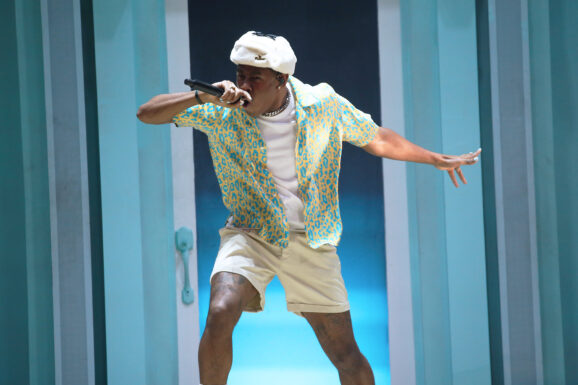