Chaz Bear will probably never reach the heights of his first three albums again, he’s realized he doesn’t need to. As long as he keeps brandishing himself on the covers of these new records, listeners know that they’re going to get a solid, albeit muted taste of the diverse electro, funk, and chillwave sampler that was Anything in Return. But they also know that there are going to be a few standouts sprinkled in as well, like on “Days in Love”, the dizzy, circular album closer. Bear has maybe never sung with this kind of bravado and intensity, building a steady mantric lost love anthem out of some busy guitar solos and drum work.

Melody’s Echo Chamber – “Where the Water Clears the Illusion”

Melody Prochet may not earn the long wait times she subjects her fans to between albums, but “Where the Water Clears the Illusion” is worth the price of admission alone. Sure, the dense, synth-drenched wall of sound and jangly psychedelia is nothing new, but then again neither is the chorus once it’s been hammered down six times. Prochet can balance all that repletion with enough guitar fuzz and drum fills to give new meaning to the benefits of an echo chamber.

Girlpool – “Dragging My Life into a Dream”

Girlpool’s abilities, once deemed to be inherently restricted to their bedroom studios by their earliest critics, have grown so considerably that five albums deep they still sound as enigmatic as ever. Forgiveness’ success and purpose are nevertheless intertwined with their new producer Yves Rothman. Rothman can be heard right off the bat, adding some jarring production embellishes to the otherwise light “Nothing Gives Me Pleasure”. It’s once Girlpool comes alive, however, with the pop-forward “Dragging My Life into a Dream”, that his inclusion feels so important. Avery Tucker and Harmony Tividad have never sounded so full, their harmonies and swelling instrumentation carrying the track through its deceptive melodies and into real progression.

Shaun Fleming is just as spritely and likable as he’s ever been, but he’s lost his knack for melody. Across these 10 tracks he briefly touches on the craft he honed with Everybody’s a Good Dog, but too often his charisma is hampered and his structure listless. Save for a few strong entries, Fleming sounds like he’s treading water, following a dependable and passable formula to its natural conclusion. In this case, it’s “Song for David”, which like most of this album, attempts to trade in his energy for substance, only this time, it convinces you he may have enough for him to justify that. Then again, in this case, I’m still more compelled by the song itself, with Fleming merely becoming a harmless vessel.

Owens’ shift towards industrial drone shouldn’t be surprising, but it also shouldn’t be permanent. Both of Owens’ previous albums have been able to develop her a distinct and devoted following, but the confusingly titled LP.8 will strike any of her fans as an outlier. Still, this ambient song cycle does what ambient music does best, it melts into the background without losing any interest or purpose. Even more so, tracks like “One” make a lot of noise for how quiet they are. One of the few songs here to feature Owens’ lyrical and vocal work, “One” manages to indebt itself both to the rest of her oeuvre and this outlier of an album.

Sarah Beth Tomberlin was a singer seemingly chained to her own scant productions. After listening to 2018’s At Weddings, it was hard for anyone to really imagine her making music denser or more upbeat. Tomberlin to her credit has expanded on that sound, maintaining her same hushed vocal style and finger-picked guitar. It’s easy now to imagine Tomberlin developing in the same way as someone like Phoebe Bridgers, especially when those added instrumentals and stronger melodies sound so obvious on a track like “Happy Accident”.

Though their third record begins with the kind of late-aughts maximalist synth-pop that on paper should be an obvious detour from their established sound, the fireworks stumble right out of the gate. Instead, it’s not until “Hall of Mirrors” that Grandma finds its footing, lingering in the solace of their chosen era’s more emotive pieces instead of the party starters. Their strongest moment on a stylistically confused record, “Sunday” strips away the excess, revealing a simple and sweet ode to Jenny Hollingsworth’s late boyfriend. The track evokes the heart and deep sadness that’s present throughout the album but is too often limited by its production. But then again maybe those moments exist to reinforce the stark beauty that only slowly reveals itself. 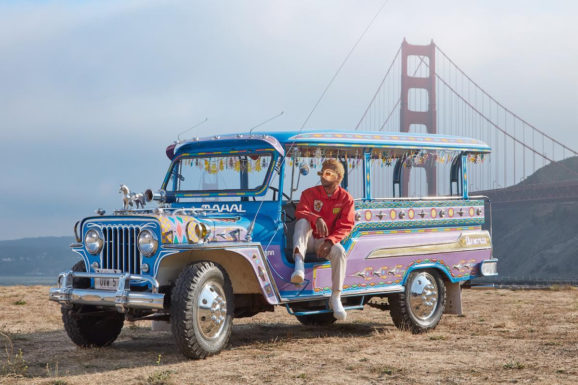