In the age of streaming – and in the age of instant access to a massive swath of recorded music at your fingertips – it’s getting harder and harder to recall a time when you’d have to plunk down your hard-earned cash for a single record.

Midway through their set, New Found Glory guitarist Chad Gilbert posed some questions to the crowd: Who remembered begging their parents or cobbling together allowance to secure their New Found Glory Sticks and Stones CD? The band’s singer, Jordan Pundik chimed in: Who scoured LimeWire to rip their tracks?

Based on the audience’s loud cheers, this was a clear commonality for a crowd that came of age in the early aughts, the twilight of the CD era and the dawn of digital music’s dominance. Ironically, since fans had to make such an investment in buying a record, that makes the memories all the more salient.

New Found Glory celebrated the 20th anniversary of Sticks and Stones at the Royal Oak Music Theatre in Royal Oak, MI on May 29th, and the front-to-back live rendition of the album showcased how a CD could still have the power to unlock the feelings of a specific time and place in life. Here are five moments that stood out from the show:

Four Year Strong Break It Down

Opener Four Year Strong delivered a crowd-pleasing opening set, ripping through their early hits “Wasting Time (Eternal Summer)” and “Heroes Get Remembered, Legends Never Die.” Guitarists/singers Alan Day and Dan O’Connor showcased their time-tested synergy, seamlessly trading off vocals while delivering crushing guitar breakdowns on cuts like “It Must Really Suck to Be Four Year Strong Right Now” and “Brain Pain.” As the band closed out their set, they urged the crowd: “Lemme see everybody jump!” The fans gladly obliged, bouncing to the final track, “Go Down in History,” setting the tone for New Found Glory to take the stage.

Because the band opted to play Sticks and Stones in the order of the tracklist, they delivered a formidable opening one-two punch with “Understatement” and their pop-punk masterpiece “My Friends Over You.” The crowd went wild for the latter track, roaring in approval as confetti cannons rained down. (Bonus points also go to Four Year Strong’s O’Connor, who pulled double duty and lent additional supporting guitarist duties during New Found Glory’s set.) The band maintained a constant high level of energy throughout the set, notably through the dynamic stage presence of Pundik, Gilbert, and bassist Ian Grushka. Whether they were borrowing a fan’s phone to record a selfie video onstage, mugging for the camera, or pogoing across the stage, they showed that the brash, youthful, good-humored energy they harnessed over two-plus decades of work still burns bright.

As the band wrapped up their playthrough of Sticks and Stones with “The Story So Far,” Gilbert and Grushka suddenly dropped their instruments mid-song and jumped offstage. Confusion reigned for a moment as it was unclear whether this was part of the performance. When the bandmates returned to the stage, they explained that they saw a security guard being too rough with a fan, so they directly intervened. As Gilbert helped restore order, he booted that one security guard, but also laid some clearer ground rules for the fans, speaking volumes about their willingness to literally drop everything to try to maintain a safe environment: “All the other security guards want to help you. If you crowd surf, just chill, let them catch you.” And without missing a beat, the band resumed the set from where they left off.

After the Sticks and Stones portion of the set, New Found Glory returned for an encore of their greatest hits. Among these tracks included their fantastic pop-punk renditions of Go West’s “King of Wishful Thinking” and Sixpence None the Richer’s “Kiss Me” (both on From the Screen to Your Stereo Part II, their covers album of songs from movie soundtracks). The crowd eagerly clapped along to both tracks as the set neared its end. (Also of note: Four Year Strong paid homage to Green Day with a live rendition of their recently released cover of the iconic “Brain Stew / Jaded,” doing the track’s slow-burning, punchy riffs justice.)

Reframing “All Downhill From Here”

New Found Glory closed their set with their classic hit “All Downhill From Here.” In introducing the track, Gilbert powerfully took a moment to view the track’s name in a different light. He first told the story of his near-death experience with cancer, which necessitated the removal of half his liver. As he lifted up his shirt, he showed the long incision scar that crossed his abdomen.

He noted that one interpretation of the “all downhill from here” idiom is that if you’ve reached the best moment, then everything going forward is going to be worse. However, he urged the crowd to view the phrase in a different light: “When you’re climbing up a hill, it’s hard – when you’re going down, it’s easy. Once you hit the hardest point, you’re smarter, more caring … you grow from it. Never give up on yourself.”

As the band ripped into the track, the crowd sang along and thrust their hands forward with spirit, as once more the confetti cannons exploded. In this closing moment of euphoria, the crowd seemed to take Gilbert’s words to heart: “Tonight is a fucking amazing night to be alive.” 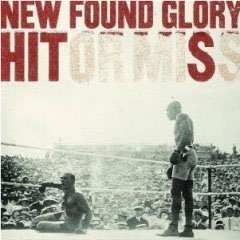