Thanks to the curious and generous offerings of labels like Daptone in the last decade, the soul-revival movement has brought a series of true to the bone gritty and rhythmic artists that seem right out of a black and white magazine photo from 1962. NYC-based genre-bending soul-rock five-piece Brandi & The Alexanders fit that tightly wound sound with their explosive sounds and have announced their next EP, Reflection (slated for a July 1st release).

Glide is premiering their lead single “Fire”: a high-energy funk-meets-blues-meets-rock-n-roll anthem. Featuring a sweeping arrangement of 70’s-tinged backbeats, timeless harmonies and Brittany Howard meets Sharon Jones powerhouse vocals, “Fire” sets the stage for what Brandi & The Alexanders do best: tell a story that needs to be told.

On the story behind the song, lead singer Brandi Thompson shares: “The spring of 2020, a second Civil Rights Movement overwhelmed the United states. I was as swept up in the movement as anyone, but I decided to write a song to not just stand against the brutality that was happening that spring, but to remind my listeners that this brutality and discrimination is not new; my ancestors survived similar brutality and discrimination – like that which we saw in 2020 and the many years prior – for centuries. I’m proud to be a product of the ancestors who survived generation after generation; their strength is my strength, and I wrote this song to honor them. As the saying goes, I am my ancestors’ wildest dreams. Theirs are the shoulders on which I stand and which have gotten me where I am today.”

Brandi and the Alexanders · FIRE

Please tell us about your latest single “Fire” and more of the story behind the song.

[Brandi] “Fire” was written in the late spring of 2020. I feel like 2020 was our second civil rights movement in a way, because a lot of things that the black community has been complaining about and criticizing for a number of years finally came to a head. I was not in the city at the time and was trying to isolate my unvaccinated toddlers from the coronavirus, so I felt like I was on the outside watching in. As a result, I think it was a little easier for me to step back and contextualize everything that was going on, and put it into song. To me, the song – and that Spring – highlighted inequities that have been happening since my ancestors were taken from Africa and brought to the United States. It reminded me of the injustices and inequities my grandparents and parents related to me from their own personal experiences. Witnessing it all firsthand in the 21st century was both terrifying and eye-opening, and I couldn’t help to be moved. For me, the best way to express everything that I was feeling was through song, and that’s how “Fire” was born.

[Eric] It started out when Brandi emailed the band a single piano line with her singing over it, with no context haha, but immediately I was like, “Oh this is not just any song”.  We had a few different demos, in-studio and on my laptop, enough probably for a montage. There was a chill version, a heavy west coast 90s version, a Sonic Youth kind of iteration, and a lot more until it got to a place that really reflected what Brandi was feeling, and then from there, we recorded several versions right up until release. I really feel once Brandi’s stacked vocals replaced the piano, everything from there kind of clicked to support this anthemic march kind of sound.

You’re gearing up to release your next album. What can you tell us about the record and what does it mean to you?

[Brandi] This album was a labor of love, that’s for sure. Without the love of the music, I don’t know if this would have been made. 2020 was full of video conference calls, making demo voice recordings in my closet “sound booth”, and strategizing about how to even make music at a time when you can’t do it face to face. Other musicians who didn’t have families had the luxury of being able to risk getting together because the risks were so low, but, for me and some of my bandmates, getting together meant potentially getting vulnerable unvaccinated children or the elderly sick. When we finally decided it was safe enough to go to a studio, we couldn’t record in the same place at the same time, and when we got together in small pairs to record, we were all wearing masks, but it felt great to make music together, especially after having not seen each other in person for the better part of a year. For me, I think this album really made me realize how important music is to me and how crucial it is for me to continue making it.

This album was also a very personal body of work. It touched on a lot of my inner thoughts: racism, desire, loneliness, my parent’s divorce, etc. I’m typically a very guarded person, and this merge of this album is pretty soul-bearing. I won’t be crushed if people don’t like it, but I really hope they do!

[Eric] There were a lot of phone calls that felt therapy-adjacent to get Brandi to open up, and so I could help produce this EP into not just a collection of songs that we had, and the band could find places to instrumentally shine and support the arrangements.  Everything has intention behind it, and in the demoing process, we got to a place on this EP that I feel was spiritually produced by Gamble & Huff, Anderson.Paak, and Freddie Perren.  So it’s R&B and Soul and rock, but as you play the songs, there’s this texture and storyline of Brandi keeping things connected.

Finally, what else is next for you? Will you be touring the album? Any other projects/goals for the near future?

[Brandi] We are doing a lot of performances this year up and down the Eastern corridor. We haven’t forgotten that covid is a thing, so we are not booking a ton, but we’re keeping ourselves busy and reconnecting with our fans. Our next project will be a full-length album, and we’ve had a lot of demos on the notepad and sketched out in MIDI form, ready and waiting! 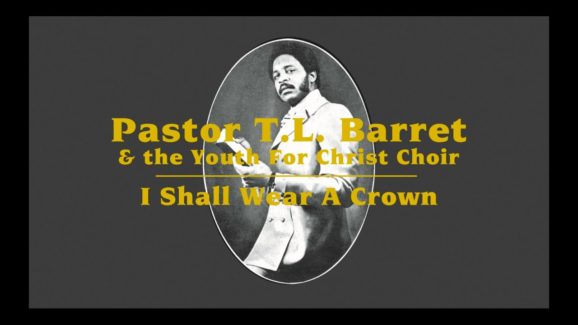