Now A Trio, Foals Drops Its Most Pop-Oriented Album To Date With ‘Life Is Yours’ (ALBUM REVIEW)

The seventh Foals album is it’s most pop-oriented to date. Each of the first six releases had a pop sensibility, with big sing-along choruses and propulsive beats made for dancing, but the band’s rock stylings were also present, at times bleeding through the pop and at other times dominating the sound. With Life Is Yours, however, the dance-pop is at the forefront with rock moments few and far between.

Now a trio, singer Yannis Philippakis handles lead guitar and bass on the album, with other founding members Jimmy Smith on rhythm guitar and Jack Bevan on drums. Single “Wake Me Up” is infectious disco-funk, from the Philippakius bouncing bassline and Smith’s rapid-fire strumming to the shouted-out choruses of “oh no” and “wake me up.”

It’s a party anthem made for a dance floor or house party, recorded at a time when social distancing allowed neither. That desire to escape the isolation of the pandemic is apparent in the song, among many others. “I’m walking through a dream; I’m walking through the finest place I’ve ever seen,” Philippakis sings.

“2am” is kind of a counterpoint to “Wake Me Up.” In this song, after a night of debauchery out on the town, Philippakis finds himself regretting the things he keeps doing to try to feel alive. “All my life I’ve been searching for a light that I can’t reignite again,” he sings over a pulsing synthesizer.

The song is built around that bright synth rather than guitar, with the stringed instruments relegated to the background. And it’s not the only one. Life Is Yours is the most synth-heavy album to date. Not only that, the mixing brings the bass and drums to the top, with guitars and vocals a bit lower. That pop mix makes the music better for parties, but it detracts from the great guitar licks from Smith and Philippakis. Most of their trademark guitar techniques are still there, from the muted strings and rhythmic picking to the thick reverb and delay effects, but the guitars are overpowered by thumping grooves.

“Crest of the Wave,” with its muted staccato licks slathered with delay, is the closest thing on the album to an old-school Foals song. “Flutter” has the album’s best guitar, with a classic rock riff in the choruses adding a rock element to the skittering electronic music. But never does the album veer into full-on aggressive rock. The jarringly heavy songs Foals have always used to break up the warm dance grooves — like “Inhaler” or “Black Bull” — are nonexistent on Life Is Yours.

Because it’s not that type of album. It’s a party album, and Foals meld elements of new wave, disco, funk, and retro pop to get dance floors moving. The robotic synth bass of “Under the Radar” is perfect for a party on a roller rink while “Looking High” is a funky disco track.

In “2001,” the band longs for an escape from the dull isolation of the pandemic. “I’ve been waiting all day inside; waiting for the summer sky when we run wild,” Philippakis sings in a soft falsetto over a funky disco groove.

The biggest weakness of Life Is Yours is its lack of variety. Foals have always had a vast sonic palette, but on this album, the Oxford band limits itself to only a small portion. But what that album does, it does well. Each song is kinetic and has great grooves to get people moving. The two-part Everything Not Saved Will Be Lost in 2019 had more than its share of anger and intensity. After a couple of years cooped inside during a pandemic, Foals wanted to party, and this album is great for exactly that. 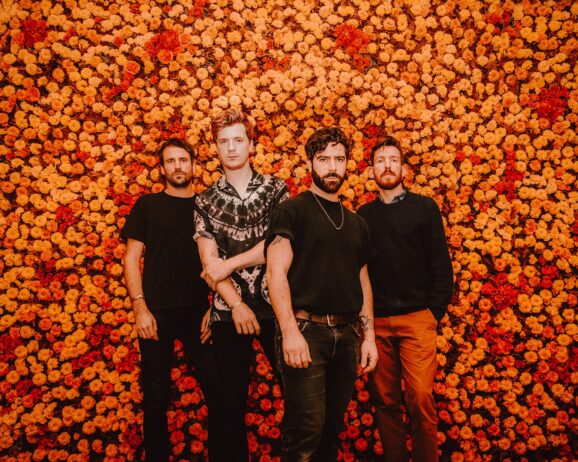 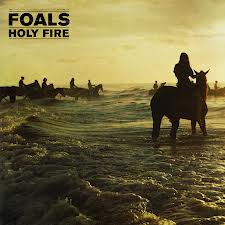