Daptone is the Brooklyn-based label hellbent on keeping the spirit of funk and soul alive. Since its inception in 2001, the vinyl-driven label has been releasing some of the unforgettable funk, soul, and gospel records of the past two decades. The label started with a partnership between two veteran record producers Bosco Mann and Neal Sugarman who came together to form Daptone’s first endeavor, Sharon  Jones & The Dap-Kings. Mann acted as lead bass player and in-house songwriter for the band and Sugarman played tenor saxophone for the soul act. The band’s first album Dap Dippin’ also doubled as the first release for Daptone, the second being Pure Cane Sugar by Sugarman Three & Co, a solo endeavor from the co-founder of the label.

Since then Daptone has set the standard for modern-day soul music. They are responsible for releases like Charles Bradley’s Victim of Love, Menahan Street Band’s The Crossing, and all things Budos Band. The label has built an impressive catalog on the back of its unfiltered passion for carrying on the genre of soul in its most pure sense. While soul and funk are their pride and joy, Daptone does not plan on being pigeonholed. Daptone announced their new subsidiary Wick Records in the late 2010s, a side project meant to house more rock-focused groups. Since its humble beginnings, Wick has gone on to become a powerhouse all on its own, becoming home to some of New York’s strongest rock acts.

Together, Bosco Mann and Neal Sugarman have created a safe haven for classic acts and new faces alike. Their drive to archive some of the greatest soul and funk acts of yesterday and today is so pure it shows in the music, the albums, and singles released through Daptone is pure authenticity. Glide has gone through and selected five of the label’s more musically creative endeavors.

Michael Rault’s music is a product of innovation and nostalgia. The Canadian crooner’s signature falsetto-laced melodies are a nod to the soulful history of Daptone, who released Rault’s debut album It’s A New Day Tonight back in 2018. He’s able to mix his influences with his own unique approach to satin-lined instrumentals that act as a canvas for ballads of love and wonder. Following up his impressive debut for the label brings us to 2022’s self-titled LP, a 10-song journey that pairs well with a silk robe and a skyline view. The single “Right on Time” provides the perfect sneak peek at this project, it is the perfect mixture of psychedelic elements colliding with gentle chords to create a kaleidoscope of warm feelings and easy-going attitudes.

Combining the spaced-out elements of psychedelic music and the distorted chords of garage rock, The Mystery Lights have been bubbling in the New York rock scene since their 2016 self-titled Daptone debut. The band first signed to Daptone in 2015 when the two founding members, guitarists Mike Brandon and L.A. Solano, moved to Brooklyn and found the two missing pieces for the band in bassist Alex Amini and drummer Nick Pillot. Their guitar effects sound like they’re from the 60s while their song structure takes notes from the 70s and their melodies hark back to their California roots. Their punk approach to surf rock manifested in two albums from Daptone including the impressive Too Much Tension from 2019.

No one combines their influences and own vision together quite like Cochemea. His unique take on jazz combines spirituality with unconventional song structures and melodies. He signed to Daptone back in 2019 for the release of All My Relations, an album that is built around Cochemea’s approach to low-pressure jazz while somehow keeping tempos that align more with funk.

The San Diego breed saxophone specialist is able to fill a room sonically with only a few instruments, his drums sound like something off of an afro-beat album while wind instruments dance around these drum patterns to create an infectious texture. His latest release, 2021’s Vol. 2: Baca Sewa, is a continuation of Cochemea’s experimentation with structure, using space as its own instrument to create lush soundscapes that border ambient while still embracing the improvisational nature of jazz.

The trio that makes up the soul band Thee Sacred Souls are able to pack so much charm and personality into their simplistic approach to classic soul tropes, it’s almost a no-brainer they landed on Daptone. The chemistry between the three band members, vocalist Josh Lane, drummer Alex Garcia, and bassist Sal Samano, emulates the love songs that harken back to the soul scene of the 60s. The group was an instant hit and signed to Daptone after only a few live appearances at clubs, and their first single with the label made fans out of some of the biggest names in soul music today. Their debut album, this year’s self-titled LP, is packed with expertly crafted harmonies and songwriting that will have you missing a lost love even if you’ve never experienced heartbreak.

The powerhouses that make up the larger-than-life sound of Orquesta Akokán are well-established in their own right, but when they come together the music created speaks for itself. Comprised of Cuba’s brightest musicians, the big band has been blurring the lines between Latin and American music since its inception back in 2018. That same year they released their debut album through Daptone, the self-titled LP features nine tracks with enough rhythm and personality to make the stingiest of music listeners groove. Much like other Daptone artists, their sound finds the perfect balance between old and new, except their nostalgia stems from the mambo music that has been coined by Cuba. The well-traveled musicians that makeup Orquesta Akokán have come together to pay homage to their roots while simultaneously introducing a new generation to the magic that is mambo music.

While Daptone has become known for their soulful releases and dedication to the genre, a small independent record shop from the town of Loveland, Ohio isn’t far behind in their passion. Where Colemine and Daptone differ is their definition of the soul genre, Colemine’s artists have more of a modern twist and broaden the definition of what can be defined as soul.

There is not much on the history of Colemine laying around the internet, they simply describe themselves as an Ohio-based label that releases quality records with soul. Their first release through Bandcamp dates back to 2008, a funk-laced band Orgone released their album Bacano through the label; this appears to be the earliest recording released through Colemine. This release is very telling of what Colemine would eventually become, a label that finds prowess in releasing the highest quality music from up-and-coming acts around the world.

Colemine has since expanded its label to two subsidiaries, Karma Chief and Remind Records. Together the three labels have created an environment of innovation and fearless creative endeavors and have become the home to dozens of extremely creative and talented acts, Glide has done the listening of picking the label’s five most exciting acts we believe everyone should hear.

The ever-evolving sonics of Ghost Funk Orchestra has gained the band a cult following due to their combination of electronic-influenced instrumental and soulful melodies. What started off as a solo production endeavor for multi-instrumentalist Seth Applebaum has evolved into a ten-piece orchestra consisting of musicians from across the globe. As a group that refuses to be put into a box, Ghost Funk Orchestra can not be defined as simply one genre, the worldly influences are cultivated within their lineup and blend together to create space-aged sonics that is ahead of their time. The band has just released their fourth album through Colemine subsidiary Karma Chief, A New Kind Of Love.

The self-established songstress Kendra Morris is one of the newest endeavors for Karma Chief Records. Her undefinable approach to melody and keen sense of instrumental choices toe the line between pop and soul, making for an undeniably fun listen. She began releasing music herself back in 2013 with the critically acclaimed album Mockingbird, this would launch an extensive touring career and multiple soundtrack placements. Her Karma Chief debut, Nine Lives, was released in February of this year and birthed hits like “Dry” and “Keep Walking”. Morris is able to create raw yet soulful tones with her honest approach to songwriting, creating an undefinable sound that never gets old.

A veteran of the Ohio rock scene, Andrew Gabbard is one of the hardest-working musicians of the modern day. Before landing at Colemine, he was a part of multiple critically acclaimed bands like Thee Shams and Buffalo Killers. While the garage-rock influence runs deep in his original bands, he has found a love for soulful vocals and gentle instrumentals that make up his solo debut, Homemade, released through Karma Chief last year. The 12-song project allows Gabbard to explore a more sentimental approach to crafting a song and is a welcomed departure from his rock roots. His past is never too far behind as Gabbard has also teamed up with his brother to form The Gabbard Brothers, a duo that revisits the fuzzy garage rock Andrew Gabbard is known for. Their self-titled debut album appeared on the label in July of this year and features surf rock-inspired vocals over dusty guitar chords.

Through lush sonics and gorgeous harmonies, the all-female eight-piece Say She She is Karma Chief’s latest endeavor. The group is gearing up to release their debut album Prism due out September 23, even without a full LP released, it is clear Say She She is going to be a legacy act. Their unique approach to song structure and harmonies instantly draws you in and you stick around for their insanely detailed instrumentations and songwriting. The title track off their upcoming album is all you need to hear to realize that this group is something special, The angelic vocals sound even sweeter when paired with the pop-influenced instrumental that straddles the line between funk and soul.

With their influences dating back to the soulful rock ‘n roll of the early 60s, GA-20 is the eclectic duo of Pat Faherty and Matthew Stubbs. They formed their band back in 2018 with the intention of giving a modern twist to the classics they hold so close to their heart, their Karma Chief debut, 2019’s Lonely Soul is a masterpiece of nostalgia. They blend the crooning and lyrical content of classic blues tracks with distorted guitar chords that harken back to the early days of rock. Their latest release, Crackdown is no different. The ten-song LP was released on September 9 of 2022 and features the band’s signature straight-to-tape recording style that provides a warm texture for the band. 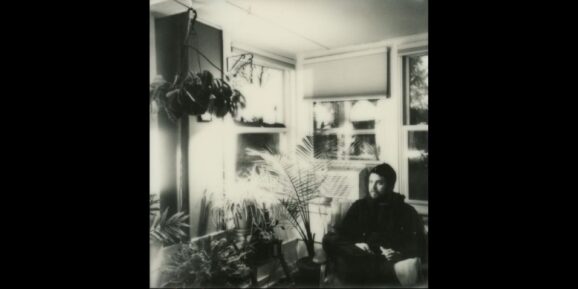 Ghost Funk Orchestra Keeps It Cosmic & Swampy On “Why?”