Where do humorous stories go when they want to grow up and become songs? While some answers are elusive and hard to find, the answer to that question is easy. They go to the fertile breeding ground that is David Lowery’s mind to get recycled and spit out as an instant classic song for his sublime band Camper Van Beethoven.

Silently striding on stage beneath computer generated images that were projected on the back wall that asked, “Are You Ready To Rock?” Camper Van Beethoven patiently waited for the desired response from the crowd before launching into the opening “Flowers,” which began a journey through a series of funny stories that had matured into songs. They sung of missions over China, skinheads bowling, their infatuation with Patty Hearst and a mom half-baked on weed. With such silly Monty Pythonesque topics and themes, these songs could be easily dismissed as juvenile if they weren’t so damn good. Just as with Monty Python, their brilliance lies not in their slapstick humor, but in the way they skewer their targets and expose truths. Camper Van Beethoven’s lasting genius is their simple, yet complex lyrics that are full of edgy humor and attack the norm.

Camper Van Beethoven reached its peak in the late eighties after releasing, Our Beloved Revolutionary Sweetheart in 1988 and the classic Key Lime Pie the following year. Their run came to an end among a series of personal differences about artistic direction that saw David Lowery leave to form Cracker shortly there after. Camper Van Beethoven still ranks as one of the most influential band of the ‘80s college rock scene. They were a huge proponent of the, D.I.Y., do it yourself way of getting things done, releasing many of their albums on their own label. To this day they still follow this creed, as on this evening they had no roadies, they set-up, tuned their own guitars and broke down the stage by themselves.

The 8×10 was filled with graying older men reliving their college days, singing along to the songs of their youth. Despite the anthem like qualities and understood greatness of these songs, they can come across like a nostalgic trip, but as Camper Van Beethoven has aged, their song material has matured.

Their most recent album New Times Roman, released in 2004, is a sci-fi anti war concept album that tells the story of a powerful leader from Texas who believes he has god on his side, and has decided to wage war on California and their liberal ideals. Despite the ever-apparent quirkiness, Lowery’s lyrics have always proven to be powerfully insightful with their social and political commentary, hiding a deeper elusive meaning beneath their surface content. As he sang with a flair for the obvious during “Might Makes Right” from New Times Roman – “They want us from their villages, they want us from their towns/ Who can really blame them, shit blows-up when we’re around/ We fly above their houses with our Huey double-props/ We scare the crap out of their kids, their mothers and their flocks” – it was clear that it doesn’t take a literary scholar to figure out that they might be making reference to another familiar Texas leader.

Camper Van Beethoven’s reckless abandon has been replaced with a mature subdued aggression that was never more evident as they blasted through the Clash’s “White Riot” and Black Flag’s “Wasted.” This growth is also apparent in how tight they sound as a band as They have maintained that ragged-on-the-edge-looseness. This has brought new life to the instrumental interludes that have long been a part of Camper Van Beethoven sets.

As David Lowery sang with a maniacal glint in his eye about the problems of his youth, what pissed him off then and what pisses him off now, you remembered how you stood up and shook your fist in agreement when you were seventeen. Once again at the 8 x 10 club, you couldn’t help by finding yourself shaking your fist in agreement to Camper Van Beethoven. 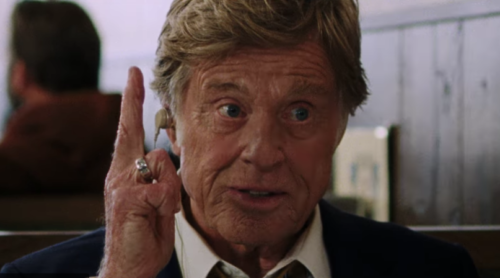 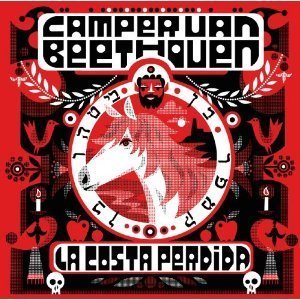