"Adorned by minarets and spires and bedizened by more than a million lights, Coney Island embodied what has been called the ‘architecture of exhilaration.’" (Blaine Harden, _New York Times_, August 28, 1999)

Less than two weeks after Kobayashi downed 53 and 3/4 hotdogs on the boardwalk of Coney Island, crowds once again crammed the shore ready to check out the sights and sounds of the 2006 Village Voice Siren Fest. Having provided a stage for an all-star list of indie rock over the past 5 years, the Siren Fest is an annual free concert that lets up and comer’s flash their wares in the day time before established artists take over in the evening. This year under a humid overcast sky, the metal clashed early outshining the dance/pop nighttime headliners on all fronts.

Deadboy and the Elephantmen, with their dark tones and bleak sound seemed out of place as concert openers on the Main Stage. Lyrics like “I got Hell in my hand…Darkness fall apart” just aren’t as powerful at 1pm outdoors. However, with Deadboy now expanded to include a bass player, they managed to rumble harder then the Cyclone which flew close to the group about every ten minutes.

Strolling back and fourth between the Main Stage and Stillwell Stage was an adventure in itself as carnival barkers and whack-a-mole bells screamed at you constantly. Families loaded down with cotton candy and stuffed animals mixed with Divas waiting for the Scissor Sisters and Metalheads who were anticipating Montreal’s Priestess. Opening the Stillwell stage, the long-haired head bangers were metal bliss, AC/DC introduced to Iron Maiden backstage by a sweaty Ronnie James Dio, these Canadians make you want to flash the devil horns and tatter your jeans. The gluttonous drum solo in “Talk to Her” wasn’t needed but sure added to the arena rock ambience as the sun peaked out. Dauntless in the face of crashing riffs, Priestess should be required listening for any metalhead, young or old. The Rogers Sisters’ (with Keanu Reaves look-a-like on bass) loud snotty rock on the other hand was alright, but the skeeball and shade were better.

The unexpected highlight of the day came in the form of Philadelphia’s Man Man. These 5 freaks, dressed as 70’s tennis pros turned the Stillwell Stage on its ear. A tourbillion of musical eccentricity Man Man shined. Sound flowed sputtered and kicked, akin to a kindergarten play hopped up on Mountain Dew and peyote, a spastic blast. The sonic fuzz of Dirty on Purpose had some technical issues and their sound washed into the sea backing, but still rocked hard enough to keep people glued to their asphalt spot while the skies opened.

The highlight of the main stage for many was the alt -rock of Tapes ‘N Tapes, having played New York often in the last few months to sold out crowds, Tapes ‘N Tapes are developing a home away from home. Their recently released single “insistor” got the best crowd reaction, but their Pavement fueled rock provided an all around stout set in the midday rain.

Siren Fest continues to be a great showcase for bands and an opportunity for fans to catch many acts they may have only heard about in a unique concert setting. Coney Island’s bizarre-o-world background allows those in attendance to ride a Cyclone while listening to Art Brut or swing on the Pirate Ship to the sounds of Stars, not bad for a free show at the beach, until next year…

Send any comments and locations with good Guinness to [email protected] 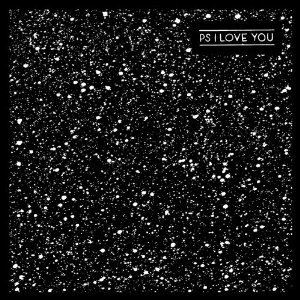 PS I Love You: Meet Me at the Muster Station