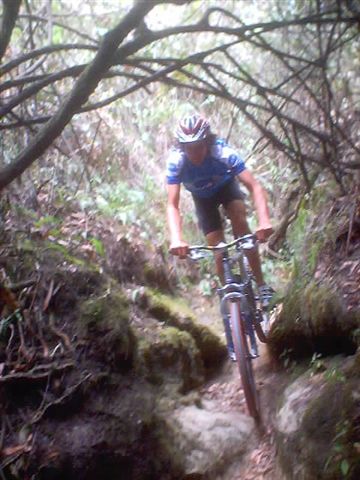 Since I’m a New Englander I usually treat myself to a break from winter each year and head south. This past February my Ecuadorian friend Maria, who’s currently in the U.S. about to receive her U.S. citizenship, hooked me up with her two sons, José and Juan Jaramillo, in Quito, Ecuador, for a one-week biking adventure.

José and his girlfriend, Andrea, met me at the airport and took me to Maria’s lovely four-bedroom apartment in Quito. Juan was expected in the next day from Asheville, NC, where he’d just completed a wilderness EMT program, and Maria, who had been away for almost eight months, was to return a week later with her newly-acquired American citizenship.

Maria and Juan hadn’t been around much lately and without realizing it, José forgot to pay the electric bill. The power had been terminated just that night so there was no electricity, but thankfully there was still hot water. What timing!

Next thing I knew, it was 6 a.m. and José was waking me to go riding. Every day before heading to work, José likes to hit the trails for a few hours. I gulped down some bottled water, took a few extra B and C vitamins and hoped that the altitude change (almost 3,000 meters, or over 9,000 feet) wouldn’t do a number on me. I wasn’t having any headaches, so that was a good sign.

Did I mention that all the bikes are stored and repaired in the main living area? After all, this is the way it should be if you’re crazy about your bike.

Andrea met us downstairs and we saddled up, opened the gate and headed up the hill. We were out early, before the rush hour began. Parque (Park) Metropolitano is just a little way up the hill. For the locals and mountain llamas, these hills are no problem. But for a flatlander — which I’m not by the way — it’s a challenging climb. The only saving grace was that it was mostly on pavement. The first climb is always the hardest, right?

After bobbing a little traffic and about four or five long, steep climbs separated by brief level areas, we reached the top of the hill 20 minutes later — here’s where the park begins. By now I was struggling to get acclimated and realized I should have brought another lung or two with me.

While I gasped for air and gulped more water, we were off to some single track. Parque Metropolitano is nicely laid out for hikers, walkers and mountain bikers, and strangely enough all seem to be smiling (“Buenos dias!”) and respectful of each other.

Quito, enjoy mountain biking in the city – with no shortage of trails!

The park is approximately 800 hectares (about 2,000 acres) with a lot of natural and manmade single-track trails. Most importantly, it’s just minutes from the city. In fact, it’s actually considered to be inside of the city. The best thing about it is that it sits on the top of the hill, so once you’re up there the riding is fairly level.

Although there are small ups and downs and short, steep climbs, you’ve already done the hardest work getting to the park. Your other option is to drive there, which we did one day.

There are lots of trails. For hard core mountain bikers, there are close to two days’ worth of different single-track rides. There are even some “off limit sections,” that most riders wouldn’t find, but if you’re lucky enough to get behind a skilled local, you might find some.

Several very large sink-hole-like drops make you feel like you’re Alice in Wonderland following that elusive rabbit. Some of those drops give a whole new meaning to the phrase vertical free fall. They’ve even named one technical area “Disneyland.” The trails seem to ride fast with few rocks and roots, just hard-packed ground.

I was there in mid-February, somewhat of a dry period, but I guess these areas could get nasty in wetter weather. There are certainly enough technical spots and challenges, but these can be easily avoided by following alternate routes around them.

There seemed to be plenty of space for both hikers and riders. We’d routinely hook up with different riding partners and small groups, and the many hikers we passed never seemed to be bothered by our presence. At the halfway break we went to a fresh-squeezed juice bar, where you can order any number of juice delights. My favorite combo was orange and carrot, but the orange-banana-mango combo looked good too.

For complete information about traveling in Ecuador, visit vivecuador.com, but here are some of the basics:

I can’t think of a better guide than José and he may be able to put you in contact with additional guides. A guide will cost you about $20 an hour or $70 to $80 per day (group rates are less) — it’s well worth your while. José can be reached at: [email protected].

Quito is a bonanza of both old and new. The old section of the city is composed of tight alleyways, shops and a central square. Numerous museums explore the rich history and blending of the Spaniards, Catholicism, folklore and indigenous populations. New Quito is artsy but be prepared for poverty everywhere. I always explore the Mercado Centrale, where you get to hang out with the locals, but there are new malls and large supermarkets where you can find whatever you need.

There are direct flights into Quito from Houston (six to seven hours), Miami (three or four hours), or New York (seven hours). The Quito airport is located in the city and is a modern facility you wouldn’t expect for a third world country.

Ecuador is one of the least expensive countries to travel in Latin America. Here you’ll find good quality food, lodging and transportation at low costs compared with other countries of the region. You can get a good meal in a nice restaurant between $5 to $7, though you can find much lower if you sacrifice a bit of comfort, and their fancier restaurants may charge $15 or more.

There’s a wide variety of hotels and hostels, so there’s a wide variety of prices as well. You can find surprisingly clean and comfortable places between $5 and $15, though you’re better off choosing an option between $15 and $70 to ensure better quality facilities where your comfort is assured. The top-end hotels start at $70, still a reasonable price. Good quality restaurants and hotels will add a 12 percent tax to your bill, and another 10 percent for service charge.

Getting around is very reasonable, a bus ride will cost only about $.20, and a taxi will run you between $1 to $5. As for tipping, tourist guides, porters, waiters and other people related to the tourist industry will expect a tip, but taxi drivers will not.

Ecuador is considered one of the safer countries in the Andean region, however, it’s always a good idea to be cautious during your visit. Ecuador’s urban centers, especially Quito and Guayaquil, are generally more dangerous than the countryside.

Ecuador offers the cyclist seemingly endless back roads and trails to explore. The Incas, who were legendary road builders, and their living descendants have been carving scenic paths for centuries. Today, in many areas mountain bikes are a major form of transportation — hey, they know what’s up. For most people, the extreme cycling environment of the Andes is best enjoyed going downhill.

The Andes create a playground of huge vertical descents and gut-wrenching climbs at altitudes where the snow line and the equator meet. Descents of 3,000 meters (10,000 feet) in a single day can be obtained in several areas of the country. The world-class decent directly down the slopes of Cotopaxi Volcano, the technical descent down Pichincha Volcano, and trips that take riders from the heights of the Andes to the Amazon Basin are all highly recommended.

Cliff Krolick runs Back Country Excursions, a mountain biking center and lodge in Parsonsfield, Maine. Back Country Excursions offers off-road mountain bike vacations, rentals, lessons and guided riding for all levels. In addition, they lead international trips for bikers to Costa Rica and Tuscany during the off season. For more information, visit bikebackcountry.com. 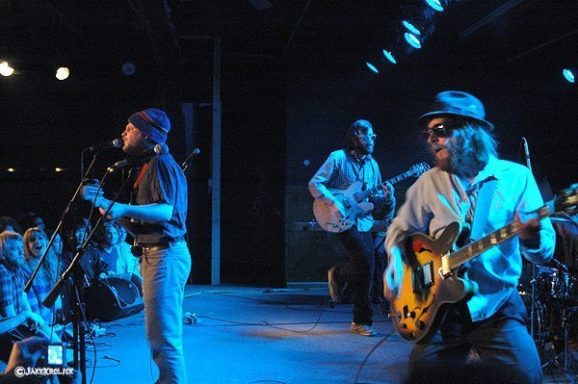 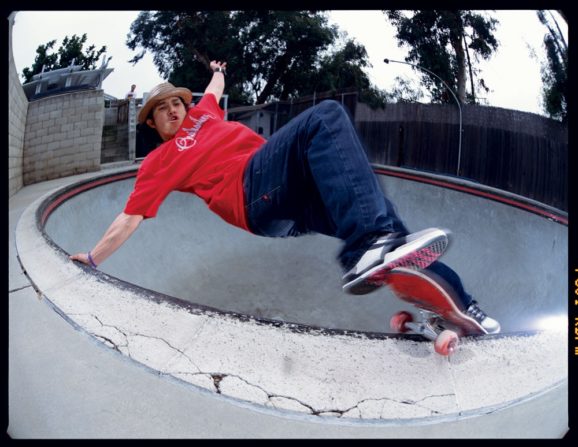 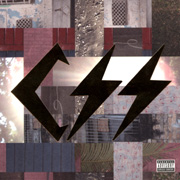