F4tF: Guts to Eat the Guts aka Nose to Tail

On March 6, 2009 he announced the winners of the essay contest with the following posting:

The winning essays for Head to Tail

which contained the following winning essay from Chef/Owner Derek Dammann:

Good afternoon Chef, my name is Derek Dammann and I am chef of DNA restaurant in Montreal. I saw that you are offering an opportunity to stage for your annual Head to Tail dinner. I would like for you to consider me as a candidate. I admire your style of cooking and find that my approach is very similar in the way that you need to take a few steps back before you can move forward. Thinking in an old world way, and bringing back the artisinal traditions that have been forgotten. The “whole animal” philospohy is something that we practice at my restaurant as well. Using the entire animal, is both respectful to the beast, and exciting for us cooks. As well as having the opportunity to allow the customer to try somethings that they may never have had the chance to try before. I find that places with the approach that you have at Incanto offer a dining experience rather that a dinner out and I believe that is the direction that the food world is heading. Having a menu that is interesting, local, interactive and educational, that allows the guest to have fun and not just watch each other eat. That being said, I hope I get the chance to take part in this event. Best regards, Derek

Now, two years later, they are doing a Nose to Tail dinner together tonight, February 25th, at DNA and I will be there enjoying every bite of it.  As far as I know the dinner is sold out.  The Nose to Tail dinner at Incanto this year is on March 24th so there still is time to see if seating is available for that meal.

If you want to read the book about Nose to Tail dining then check out The Whole Beast: Nose to Tail Eating by Fergus Henderson.  He is the man and master of Nose to Tail.  Also you can find both Chris Cosentino @offalchris and Derek Dammann  @dnaderek on twitter.

and lunch at Joe Beef on Saturday as well, if only for their Foie Gras Double Down. Here is what former Top Chef contestant Lee Ann Wong had to say in her posting [email protected],  5 Fat-tastic Foods for CNN’s Eatocracy:

5. The Foie Gras Double Down – Montreal, Canada
“This pièce de résistance came on a most recent visit to Joe Beef, one of the locations I had to eat at for the show ‘Unique Eats.’

In case you’ve been living under a rock, the Double Down is KFC’s homage to the man-ppetite, with the tag line, ‘it’s so meaty, there’s no room for a bun,’ consisting of bacon, cheese, and mayo sandwiched between two deep-fried chicken cutlets. It’s 540 calories, with 32 grams of fat.

The co-owner and chef at Joe Beef, Frédéric Morin, a quirky and really pretty awesome individual, has trumped Colonel Sanders and then some. First of all, I’ve always been enchanted with the idea of taking sometime fatty, and making it fattier, like Wylie Dufresne’s deep fried mayonnaise. The Foie Gras Double Down is a gourmand’s dream/nightmare. Crispy bacon, extra sharp Canadian cheddar cheese, homemade aïoli, sandwiched between two 3-ounce slabs of chicken-fried foie gras and drizzled in maple syrup. I devoured it in five bites as foie fat ran down my right arm. Manly? Yep. Excessive? Totally. Delicious? Absolutely unforgettable.”

For those of you who have been readers of this blog for a while, yes I did attempt this a few months ago in my post F4tF: Montreal for Meat but never made it there due to circumstances beyond my control.

My secret goal on my Montreal food trip is to meet and hang with the Epic Meal Time guys.  The Epic Meal Time YouTube channel is easily one of my favorite food video sites out there.  If you have never seen any of their videos, well you are in for a treat (and some shock and surprise).  Not for the faint of heart (literally & figuratively).

Wish me luck this weekend , gonna need it! 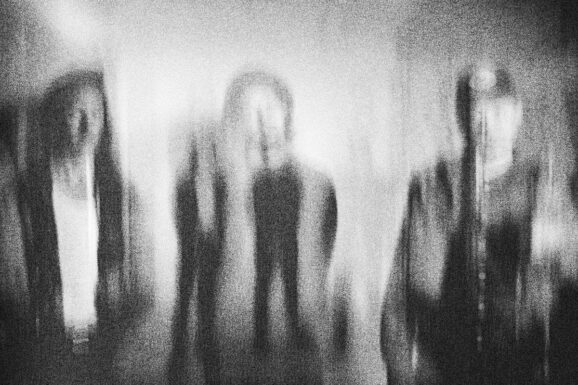 Friday For the Foodies: Montreal, Part 3 – Nose to Tail dinner at DNA Restaurant