From Fall 2000 to 2003, The Phil Lesh Quintet, featuring the Grateful Dead bassist along with guitarists Warren Haynes and Jimmy Herring, drummer John Molo and keyboardist Rob Barraco excited Deadheads with their interesting jam style and inventive song selections. What many consider the best Post-Jerry band finally returned after nearly a decade last night for a two-set set show to kick off a series of four performances at Lesh’s Terrapin Crossroads venue in San Rafael, Calif.

As they did in their heyday, The “Q” started the evening with a deep jam before settling in on the show’s first song selection – Shakedown Street. Over the course of the night, the band’s three vocalists – Barraco, Haynes and Lesh – took turns singing classics from the Grateful Dead repertoire, along with a few choice covers.

Here’s a look at the setlist, along with notations of who sang each tune…

Of particular note were a pair of tributes to the late Levon Helm in the form of two covers. First up was The “Q”‘s version of The Band’s Acadian Driftwood, which they had performed nine times between 2000 and 2002. Later in the night Warren stepped to the mic to deliver the band’s debut cover of Levon by Elton John. Also of note was the group working the instrumental King Solomon’s Marbles into another lyric-less tune – Slipknot! before barreling into Franklin’s Tower. During his donor rap, Phil had high praise for the ensemble, calling the show one of the best he’s played in a long time. The sold-out run continues tomorrow night and check back later for a PLQ mix. 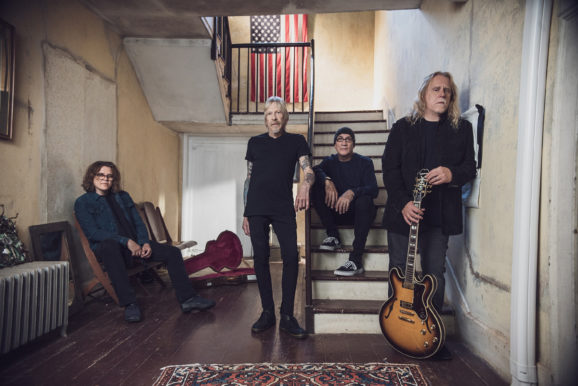