This year’s Iceland Airwaves Festival was a new experience for me. I had never before been to Iceland, in-fact; globally, I had never been further north than Glasgow (Scotland) before so the prospect of a trip venturing towards the artic circle filled me with a kind of tantalizing dread. Much like that feeling you get when you wobble a loose tooth; almost a ‘nice’ pain.

Arriving at Reykjavik airport was a strange experience; the almost lunar landscape was sprinkled by a soiree of boulders and campervan housing and for the airport itself; I’ve seen bigger trucks in California. However, I liked it. Heathrow in comparison was a manic and crowded hell-hole, something I wasn’t looking forward to on the return journey.

The Iceland Airwaves festival is a unique thing. Take SXSW, keep the sunshine but transfer all that heat to the ground where it comes up in massive hot pools of swirling steam and add a larger selection of emerging European bands. Also Reykjavik is tiny. Really tiny. The city hold the majority of the 250,000 populous and you can walk from one end to the other in a matter of minutes meaning that the venues are a close together as Blair and Bush on a double date to Iraq. 7 official venues (14 non-official), hundreds of bands and no woolly hat. It was time to venture forth.

The Gaukurinn pub was the first venue I stumbled upon; the low ceiling swirled just above everybody’s head as Icelandic beauties served ice cold beer from buckets. Nice. Cynic Guru managed to confuse everyone by trying to make the violin sexy again but I don’t think they bought into it. The heavy guitars behind him confused matters and the vocals were non-existent. A factor that wasn’t a problem for The Telepathetics, an Icelandic band screamed out to be respected as artists only to be rejected by their art-vogue fashion sense. Having said that they were a step up from the previous offering and sweeping drum beats made girls all over fall in love. As a guy then, it was a refreshing change to see Hoffman take to the stage. They merged Led Zeppelin with the Blues Brothers to re-capture the masculinity of the event. We Are Scientists finished off the Gaukurinn evening belting out all the hits but not pausing in-between for any of their legendary banter. Bit of let down but we can forgive them as they made most of us (except for the ‘serious music goers’) dance.

The evening was finished off by quickly swooping over to the Nasa venue which in comparison was massive. It was basically a theatre without all that unnecessary seating. Original Melody were doing everything in their power to prevent people from going to bed. White people rapping is usually a no-no, especially European white people but as long as they weren’t meant to be taken seriously they pulled it off, albeit clad in 70’s Nike gear and back-to-front caps. Respect!

I woke up the next day with a massive hole in my wallet where money should have been; a trend which was to continue for the rest of the week. Ah well, I thought, you’re only in Iceland once. Thursday kicked off a little late but that wasn’t to discourage as Jara brought back the appeal of big band music. Yes, mostly because she looked weirdly sexy but that was only a small part as she motioned a very unique style and grace. A quick jaunt back to the Gaukurinn saw the appearance of one of the most exciting bands to come out of Iceland at the moment, Eberg. Their latest single ‘Love Your Bum’ mixed Sesame Street innocence with acoustic harmonies and made you want to kiss the person to your left (no tongues). Another short hope hop to Nasa and I was just in time to catch the last of Reykjavik! Who, according to the program, bring on a ‘dyslexic take of death metal, pop and rock’. The only thing I agree on was that it was slightly confused. Metric changed this ambience of muddled-ness though. Lead singer Emily knows how to shake and shake she does as it is the boys turn to fall in love this time.

Friday comes around so so fast. Too fast. I’ve only just learnt my first Icelandic word, ‘Takk’, meaning ‘thanks’. Give it another week and I could learn how to say things like ‘you’re not very good’ which is exactly what I’d say to Vax. Nevermind, just around the corner is a ray of sunshine in the form of another Icelandic superstar, Benni Hemm Hemm. Back by his band of (what seems like) thousands, he captivates with an acoustic guitar accompanied by a harem of clapping hands, quality drumming and more happy things. You can defiantly see the Belle and Sebastian influence although he seems to be going in a more serious direction, somewhere where violence is a thing of the past and daffodils line every room but where order is tightly controlled.

Islands followed and were unbelievably great. I had only heard bits and pieces but their live show blew us all away combining violins (again), synths, guitar, clarinet, drums and fake hand. Yes, a fake hand and a dead ferret. Amazing energy and with it an amazing hangover cure. The best band name at the festival, Jeff Who?, didn’t deliver the best set as the corny lead singer reminded everyone what The Who would of sounded like minus the drugs. But it was Wolf Parade who stole the entire festival with their set creating, for the first time as far as I was aware, people to actually go mental. Songs, such as ‘I Believe in Anything’ and ‘Shine a Light’ whipped up such a commotion that some members of the crowd weren’t even touching the floor for most of it but flying in a utopian trans-like state. Their performance was summed up when tom the singer gave away his keyboard to a guy next to me who, at that stage, could have died right there and then a happy man.

Saturday was a great day for the members of the press as it involved a complimentary free day out to the ‘Blue Lagoon’, an industrial hot pool which was meant to soak away any aches and pains, of which there were plenty. That evening was spent firmly in one place, Nasa, sacking off the likes of the Kaiser Chiefs, The Cribs and Nine Elevens to see the impending line up. Ulpa were on first and matched the dramatic and eerie landscape outside. However Walter Meego upped the stakes by bringing electronica to the scene, basically Daft Punk with the grungy influences. Fields, a British band with a gorgeous Icelandic female keyboardist/singer captivated most people’ hearts but it was the Brazilian Girls from the States that really got people dancing, starring and all together mesmerized. The song ‘Pussy’ summed them up, collating reggae, dance, Latino and rock in one big meting pot. Songs were sung in English, Spanish, French and German (all the big ones) making them a suitable candidate to finish off the festival.

However, it wasn’t finished just yet. A race to the other end of the city saw the final three songs of Patrick Watson, a Canadian singer-songwriter who was fantastic. Not in a cheese-ball, I’d hate to talk to him kind of way but in a sincere manner, much like he was just jamming with his band in his living-room and you just happened to walk in on the performance (“dam schedule”).

Iceland Airwaves is something special. Everyone who attends forms a close-nit community and familiar faces become friends by the close. If you can bare the wind, stomach the fish and not miss car pollution, I’d defiantly recommend it to anyone. 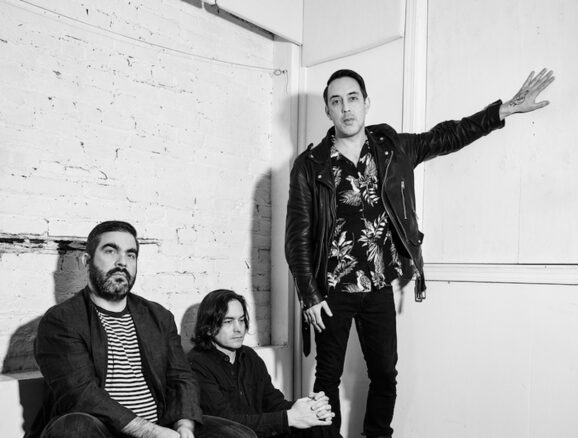 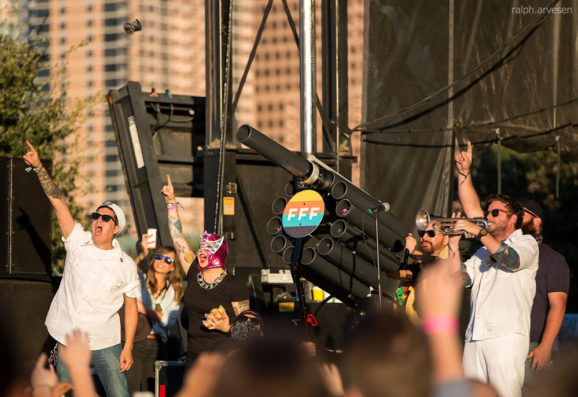