moe. – The Year Of The Conch

For moe., 2006 was a killer year. Sure, they played and ran their own festivals, including the annual moe.down and snoe.down, as well as the second sailing of the moe.cruise.  And of course they took on their typically strong touring schedule, but all of that is normal for moe.  No, it was a killer year because while it was full of accomplishments, it could have killed them in the process.  Just a year ago the band considered their latest album, The Conch, completed, that was until they listened to it. So the inevitable choice was made to return to the studio. That’s a frustrating blow for any band.

So in-between planning and executing major events, performing countless shows and splitting lives on the road and off, 2006 found moe. re-recording an entire album just as they were planning the release of their debut DVD, Live at the Fillmore. But the most crippling experience of the year was dealing with guitarist and singer, Al Schnier’s tendonitis that saw him sitting out shows at best, canceling shows at worst.

But you’d never have guessed the tough situations going on behind the moe. curtain. In short, life threw moe. a few curveballs in 2006, and the five players managed to hit them out of the field, with an easy grace.

On tour in support of their just-released album, The Conch, bassist Rob Derhak took some time to talk with Glide correspondent, Lara Purvis, about the challenges they’ve  encountered and his excitement over the recent release.

After completing The Conch last year, at some point you decided to head back into the studio.  Why the back and forth?

We worked on that album in so many different places. We started in the studio with our own recording gear, to do the basic tracks, but the very final mixing was done at Sunset Sound in Los Angeles. We played four shows there and then stayed on in L.A. to work in the studio.  We don’t do much work in L.A., it was a whole different world for us. There were all these pictures of Van Halen working in the room, and Led Zeppelin and all this crazy shit. It was pretty cool. There’s a lot of history there.
You originally thought you’d completed the album in early 2006 – what was it that made you head back into the studio?

Well, we actually thought we had it done in December 2005, because we’d just finished the mixing session in New York. But getting home and listening to it, we realized it wasn’t where we wanted it to be. We needed to put some more effort into it. We just weren’t happy with it as it was. Some of the stuff sounded flat and dead, there were some holes. It didn’t feel complete. So we needed to add some new tunes. We wanted it to go for a more cohesive feel.

What’s the story behind the title?

The Conch is a thinly veiled reference to the Lord of the Flies. Coming up with titles we all sit around and start brainstorming, just spewing out stupid names. We’ve always had this thing about having a Lord of the Flies existence, on the road and with each other all the time. So we were talking about that and the whole nature of the way we play on stage – how we follow one person when we’re improvising, how that is passed off to each other. Everybody gets a chance to lead the pack.

Our decision-making process is similar in the studio. We try to listen to what everyone has to say. It takes us a long time to get things done, because it’s a process of giving everybody a chance to contribute and say their piece. We realized after coming up with the idea of Lord of the Flies, that the conch was the instrument for that. Whoever holds the conch is the one to speak. It seemed a perfect fit.

I understand you chose to continue the Wormwood concept, of combining live tracks with studio tracks?

Actually, the initial idea was to use the Wormwood concept. So we tried it. We set up all our stuff on stage and recorded for a week [at the State Theatre in Portland, Maine]. Then we didn’t move anything and we recorded the shows with the crowds. But unfortunately we didn’t actually end up using the live tracks. Only one of the iTunes releases is from a live track ["McBain"].

It just took on a life of its own. It’s still all the same equipment in the same setting.  But our sound was fuller, the recording definitely sounded better without the crowd.

Tell me about your favorite track.

I’m pretty fond of “Brittle End.” It has a really cool, big drum sound. All the songs are good… I really love the way "MacIntyre Range" came out. That’s with no drums at all. That’s something that Al wrote.

Al’s tendonitis was a big part of 2006 as well. How is his hand doing now?

How did that challenge you as a band?

We had to scramble, it was a pretty tough time. We had a good time with it – having all the guests filling in –  but in the end, around Halloween, it was too much to deal with, and we couldn’t finish up the shows. We couldn’t pull it off without him, it wouldn’t have been the same. So we had to cancel that.

You had quite a roster of sit-ins…

[Yeah] Brendan Bayliss did, so did Adam Terrell and Nate Wilson from Assembly of Dust. Kirk Juhas who plays keys in Al and the TransAmericans did most of the shows and filled the void. Page McConnell came down and played half the show in Burlington. That was great. Lo Faber, who used to be in God Street Wine. I hope I haven’t forgotten anyone…

I read that Al will work on staying loose and fluid when he’s playing?

I didn’t know about that. You know he says so much, it’s hard to take it all in… (laughs)
Have you had to alter the moe. schedule at all?

Right now we’re trying to go about things as business as usual. Al says he’s better so we’re assuming that he’s better. He hasn’t been complaining… although right now he’s got some shoulder issue but apparently that has nothing to do with it. The thing is we all get it. Chuck’s got tendonitis right now. And I’ve had it. But none of us had it quite as crippling as Al had it.

You did have an exceptionally busy year, though, in 2006.

Yeah, that’s the thing. It was bound to happen. It’s funny, after Al got it; both Chuck and I were playing and covering a lot more of the material, obviously playing a lot more than we were used to. And then rehearsing the shows with other people, both of us started coming out of it with our wrists messed up. We were all crippled (laughs). It was a ton of work because we had to go through all our material and teach the new guys stuff for the shows. And those were ten hour days. It was hard on all of us. It was fun, but it was hard. We don’t plan on doing that again anytime soon.

There’s no plan yet…I mean, easier than 2006? Yes, absolutely. But we’re still planning a full touring schedule. We’ve got our festivals, we’re going out to Japan, and we’ve got most of our summer planned out. Our summer tour will be finalized real soon. You know, things don’t look any different from normal.
moe. has always been supportive of talented, up-and-coming bands.  You’ve taken several bands under your wing so to speak, giving them advice and opening slots or festival slots. I know you sat down with Umphrey’s in their earlier days, you also did with Canada’s nero… Has this interest in mentoring bands been a conscious decision?

Yeah. We’ve always had this philosophy. When we were first starting out there were a lot of bands that we’d try get opening spots for, but no one really gave us the time of day. We always said if we ever got successful that we wouldn’t be like that, that we would definitely help out other bands.

Of course there’s a criteria. Like are these guys serious? Are they making real efforts on their own to go out and do stuff?  Not just sitting around their house saying, “We should open for moe!” That would never be the case, we’d never give them a chance.

When there’s a band out there busting their ass, and they’re talented and we like them, then yes. Obviously, we have to like them, think they’re good people and like their music… and in that case we go out of our way.  And its not even going out of our way, it’s so easy to say, “Yeah, you can open for us.” It’s really no skin off our backs. If more people did that, I think it would be a richer music scene. It just always seemed like the right thing to do.

Is there any band in particular you’re interested in right now?

Um, no… (laughs) Really it’s because I haven’t been listening to a lot of music lately. We’ve been so busy and I just haven’t had the chance. We’ve been so wrapped up in this album. If I could say one band… I really do like Tea Leaf Green. I think they’re a cool band. We’ve done some stuff with them; we’ll probably hook up again in the future.

Anyone at snoe.down or moe.down that we should look out for?

Our line-up isn’t anywhere near being done. So far what we’ve got are either old friends of ours, or really killer bands. I think the whole things going to be pretty wild. At snoe.down – the Brazilian Girls… they’re going to be a really interesting show. 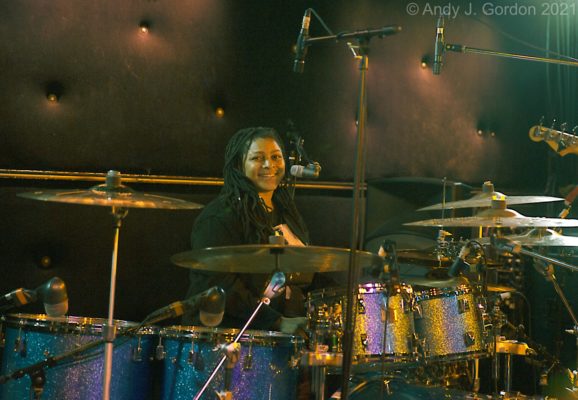 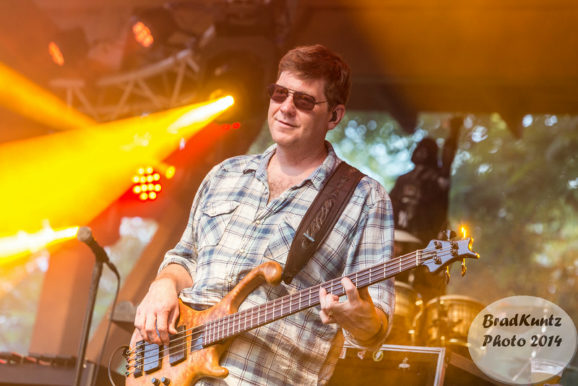