So what if both the Silversun Pickups and Smashing Pumpkins share the same acronym, have cute chick bass players, front lead singers that sound sing alike and wrote singles that are somewhat identical (“1979” and “Lazy Eye”).  The Pumpkins are a thing of the 90’s, as Corgan tries to reinvent the cherub rock with Jimmy Chamberlain, but the Silversun Pickups are the 90’s now, and they certainly are gaining some steam following their Coachella and numerous late night TV appearances.

A sold out Clubhouse could have marked one of the last few times to catch the four piece in a club setting. Following their Coachella performance a weekend earlier, the sold-out all-ages Tempe crowd was there to holler and awe.  Guitarist/singer Brian Aubert was bashful to the animated response from the crowd, remarking his last visit to Phoenix and playing a smaller venue –  “last time we played here, we played at the Modified, it smells a lot different in here.”

Over the course of their hour and a half set, the Pickups covered most of their full-length debut Carnavas, as “Future Foe Scenarios,” allowed Aubert to work the stage like a modern day altenative rock hero, standing on the drum kit and screaming in his whiney voice  – “this revolution baby.”

Drummer Christopher Guanlao, who has adopted a style similar to Animal from the Muppets,  bangs away in a frenzy that is a “Moby Dick” away from whiplash. Keyboardist Joe Lester, proves that there is a place for a keyboard player in an indie band, as he lays subtle psychedelic grooves undneath Aubert’s wish-washy chords.  And bassist Nikki Monniger, cute-looks aside, gives the Pick-ups another side of their “band out of nowhere” identity.

As the encore encompasses songs from their debut Pikul EP, the Pick-ups unlashed their shoe-gazing fury, proving their success may not be so-short-lived.  However, lets hope the Pumpkins comparisons are. 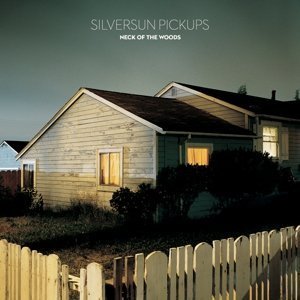 Silversun Pickups: Neck Of The Woods