During their appearance at September’s Global Citizens Festival, Dave Grohl announced from the stage that it was going to be the Foo Fighters last gig for awhile, as they were headed into an extended hiatus after touring the globe in support of their 2011 release Wasting Light

. With his new found free time the affable Grohl, who will be the keynote speaker at next year’s SXSW Music Festival and will also step behind the drum kit for the new Queens of the Stone Age album, has revealed that he will be hosting his own show for SiriusXM Radio Show entitled Dave Grohl Presents Sound City. The show, which premieres today on the Classic Vinyl Station at 4PM, will run for nine weeks documenting stories about the famed and now defunct Sound City Studio, where albums like Neil Young’s After The Gold Rush, Fleetwood Mac’s Rumours and Nirvana’s Nevermind were recorded.

Grohl is also directing a new documentary about the studio, which is set to feature the likes of John Fogerty, Tom Petty, Trent Reznor, Joshua Homme, Fleetwood Mac, Krist Novoselic, and Cheap Trick.

Check out the trailer…

Thursday, January 24 @ 4 p.m. EST:
A discussion of the making of Sound City with Dave Grohl 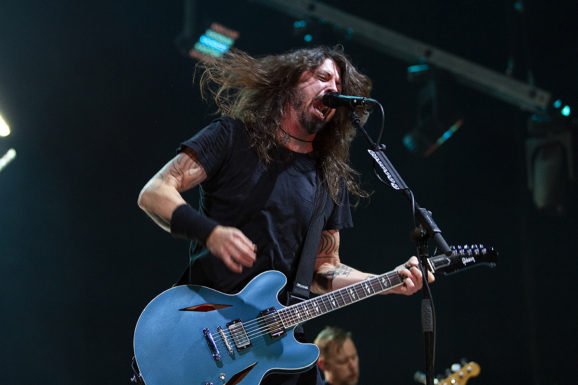