I love watching great performances or well-made documentaries featuring my favorite artists from the comfort of my couch. At the end of each year since we started Hidden Track in 2006, I devote a B List towards what I can consider the best music DVDs/Blu-Rays of the year. 2011 was such a good year for concert films that I expanded the list from its usual 10 to 15. Can’t say the same about this year’s batch, so I cut it back down to 10. However, those that made the cut are all worthy of your time.

Filmmaker Jonathan Demme’s third Neil Young documentary/concert film finds the rocker travelling to some of the important places that made an impression on him during his youth. Young drives his 1956 Crown Victoria while regaling Demme with tales of his childhood.  Included within are performance clips of ol’ Neil performing classics such as Ohio and Down By The River plus tunes from 2010’s Le Noise.

Mumford and Sons make their first concert film one to remember as they sprinkle live performances of 12 songs from Babel and Sigh No More with band member interviews and clips from the Gentlemen Of The Road tour.

8. Charlie Is My Darling – Rolling Stones

How has it taken so long for this hour-long documentary to get the release it deserved? We get an intimate view of the band’s early days as they tour Ireland. Back in those days the crowd screamed through every song and did their best to tear the band members clothes off. But despite this the performances of songs such as The Last Time and (I Can’t Get No) Satisfaction are amazing.

This long-bootlegged Who show from Texas finally saw an official release in 1975. While I was hoping for a little more video and audio quality-wise, you can’t deny the performance as The Who demolish everything they play. It made me miss Keith Moon and John Entwistle immensely.

One of the most hyped music films of the year lived up to the buzz. Led Zeppelin finally released an impressive document of their 2007 reunion concert in London. The video and audio quality are both stunning and we recommend the deluxe edition for its rehearsal footage.

This DVD/Blu-Ray captures The Raconteurs at the peak of their powers. Jack White and Co. perform with so much energy and power which this film puts on full display. There’s a good mix of tracks from both studio albums as well as a cover of Charley Jordan’s Keep It Clean.

I always knew Bob Marley had a fascinating back story, but I never realized just how multi-layered and interesting his life was. Filmmaker Kevin Macdonald did a superb job talking with the reggae legend’s friends and family to lay out the story of Bob Marley’s life. Don’t expect full songs as this is far from a concert film. Yet it’s a riveting documentary that all Marley fans need to see.

3. Shut Up and Play The Hits / Live at MSG – LCD Soundsystem

LCD Soundsystem documentary Shut Up and Play The Hits tells the story of James Murphy and Co.’s last gig ever which took place at Madison Square Garden on April 2nd, 2011. It follows Murphy for a 48-hour period that culminates the morning after the show with stirring footage of James bidding the band farewell in his own way. Shut Up and Play The Hits isn’t your typical concert film, but for those wanting to watch the whole four-hour epic performance there’s that option as well featuring incredible sound mixed by Murphy himself.

Those purchasing the deluxe edition of Paul Simon’s Graceland 25 will receive two fantastic movies featuring the NYC native. There’s Graceland –  The African Concert filmed in Zimbabwe in 1987 and containing mesmerizing performances and guest appearances from Hugh Masekela and the late Miriam Makeba and Under African Skies – filmmaker Joe Berlinger’s documentary about the 25th anniversary of the classic album. So you get to see Paul and the original Graceland band in action as well as the singer-songwriter’s 2011 return to South Africa, not a bad deal.

Filmmaker Emmett Malloy tells the story of the 2011 Railroad Revival Tour which found Mumford and Sons, Old Crow Medicine Show and Edward Sharpe and the Magnetic Zeros traveling by train to mostly off-the-beaten path towns for gigs. Don’t expect a straight up concert film as Malloy spends most of the 67-minutes telling the story of the bands and the trip. Each of those 67 minutes kept me enthralled and showcased an incredible tour that will be hard to duplicate. 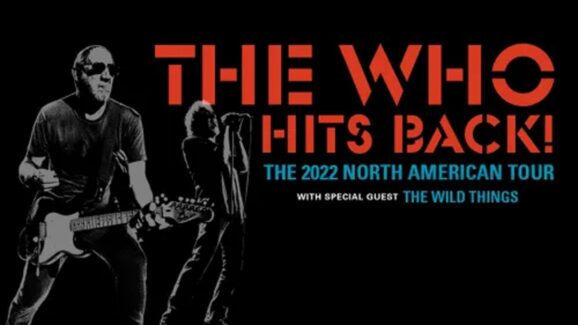