Welcome to the fifth consecutive Best Albums of the Year countdown here at Hidden Track. Hopefully, you know by now that we pride ourselves on covering music that spans any genre, any age, any geography, and any instrumental makeup. To us, good music is good music. Period.

So, you can rest assured of the one thing that will always make our list a cut above the rest: we consider everything. Our submissions include all styles of music from bluegrass to jazz, jam to indie, electronica to rap, as well as everything in between. At the end of the day, we’re a diverse open-minded music blog. Our writers work here because they have great taste in music, and thus they are encouraged simply to write about what catches their interest. We have no motives, no editorial biases, and no strings attached. We hope that comes across in our picks.

Sounds Like: Drinking a good whiskey: that moment that straddles clear-headed sobriety and a warm-hearted buzz.

Key Tracks: Only For You, Skin and Bone, The Arrow Killed the Beast

The Skinny: To be a truly great rock band, at some point you need to stop sounding like the great rock bands of the past and chart your own path. With 2009’s The Mountain and even more so with this year’s Arrow, The Heartless Bastards have proven their greatness, staked out a path and delivered some truly kick ass rock and roll. As I wrote earlier this year, Arrow features “superlative songs with patient, build-to-climax construction and some of the most soulful female vocals to sing them.” Erika Wennerstrom has a special from-the-soul passion – when she sings here of life, longing, love, you wish she was singing about you. Listen again and again and you might just convince yourself she is.

19) Andrew Bird – Break It Yourself

Key Tracks: Desperation Breeds…, Give It Away, Hole in the Ocean Floor

The Skinny: Sometimes a great athlete is described by the phrase “the laws of physics do not apply.” The same words describe Andrew Bird’s newest album: the music floats as if unencumbered by gravity; the songs stretch and contract, ignoring time’s steady tick. The last couple of years have found Bird dabbling in instrumental music more and more and this mindset shines through on the album, in little minute-long blurbs between songs and within the compositions themselves. I read a review that declared this album to be “perfect” and who am I to argue?

Key Tracks: This is How it Goes, Fireworks, Do What She Told You

Sounds Like: Euphorically amplified 1970’s Elton John on a voyage to Where the Wild Things Are

The Skinny: Outside the jam band sphere and festival crowds he can frequently be found, Marco Benevento, the Wonderful Wizard of Weird, has managed to lurk as a relatively unknown keyboardist extraordinaire.  By defying genres with his fourth release, Tiger Face is pleasantly more commercially viable and admirably delivers unique pleasing sounds to the novice or long-time listener.  With the use of circuit bent toys, guitar pick-ups, amplifiers and pedals, Benevento entrances us with cascading layers of sound infused with a myriad of innovative structures and melodic musings.  This is How It Goes and Limbs of Pine mark his first foray including vocals and the quirky and powerful Kalmia Traver of Rubblebucket adds a uniquely successful flair.  The drop of this album, steeped in originality, leaves an indelible mark for Benevento as his most crowning achievement to date and from start to finish, Tiger Face should satiate any fan of quality musicianship.

The Skinny: Don’t go thinking this is going to sound anything like Django Reinhardt – ‘cause it doesn’t. What it will sound like is some of the most addicting new music you’ve heard in years. While the first half of the album is perfectly composed thick layers of songwriter sensibilities – the end of the record starts to more like a really good score for a western or a sci-fi flick. One thing’s for sure – a seriously impressive debut album for this group from Edinburgh that we hope to hear a lot more from in the future.

Key Tracks: We Take Care Of Our Own, Wrecking Ball, Land of Hope and Dreams

Sounds Like: A modern spin on a Pete Seeger protest record

The Skinny: Unlike many of his legendary rocker peers, Springsteen refuses to become a nostalgia act. The Boss’s latest album finds him trying new things (rapping), welcoming new guests (Tom Morello) and lashing out at social injustices without losing the signature sound that has made him one of the best-selling artists of our time. Seventeen albums in and Bruce still has plenty to say.

Check back tomorrow for the continuation of our list. 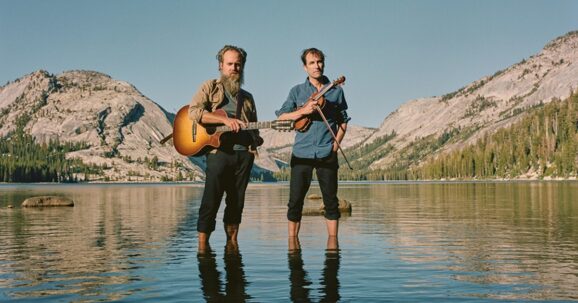