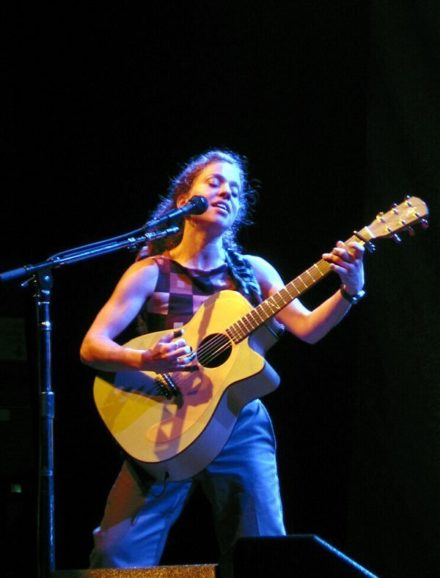 Ani Difranco: Live at the Pageant in St. Louis, MO

Photos by Jason Gonulsen of Ani Difranco’s live performance at the Pageant in St. Louis, MO on May 6th, 2004. 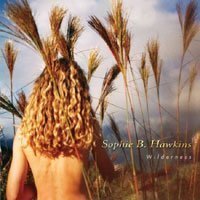 Since the high profile debut 1992 release, Tongues and Tails, that garnered a Grammy nom and added, “Damn I Wish I Was Your Lover,” to your permanent memory bank, Hawkins has moved about without much commotion. Now, fourteen years later, she is releasing her first independently recorded album, Wilderness.

The musician is hashing out ideas for a half-hour special pegged for the cable channel’s “Adult Swim” block. If Andre 3000 and Cartoon — both based in Atlanta — are happy with the results, the channel will greenlight the special for series treatment.

Mike Lazzo, senior vp of Cartoon’s “Adult Swim” program block, quickly got over his reservations about collaborating with celebrities upon meeting with Andre 3000, who has worked as an illustrator. “I’m extremely wary of it, but in Andre’s case, I think he is a creative genius,” he said. “He has definite opinions of what he likes visually.”

While still in the early stages, the project is expected to be inspired by the rapper’s life or possibly his alter ego, Johnny Vulture, the guitar-playing wildman seen in OutKast’s video for the Grammy-winning hit single “Hey Ya!” The special will likely have a musical component similar in style to such off-kilter animated films as “Cool World” and “Yellow Submarine.” The rapper is expected to contribute music to the project.

Andre 3000 also is enjoying a burgeoning film career with a role in the “Get Shorty” sequel, “Be Cool.” He also is gearing up for a starring role in a Jimi Hendrix (news) biopic, to be directed by the Hughes brothers.

Marlow (a.k.a.Todd Pasternack) returns from the depths of his home studio to release his second indie rock album, The World Before It Ever Was on Pasternack

Umphrey’s McGee’s new album, Anchor Drops will be released June 29th nationwide. The album is being released on SCI Fidelity Records/Hanging Brains Music, and will be distributed coast to coast and beyond by Ryko Distribution. This will mark the sixth release by Umphrey’s McGee, but the first that will be available in record stores around the country.

In support, the band brings their live show on the road this summer. Current tour dates include:

Willie Nelson has canceled concerts for the next two months to have surgery for carpal tunnel syndrome. The 71-year-old star was apparently in so much pain he couldn’t finish a show Saturday in Las Vegas. Nelson had 10 concerts scheduled for the remainder of May and June, including a June 12 appearance at the three-day Bonnaroo Music Festival in Manchester, Tenn.

It is unclear when Nelson will resume touring. Among the events on his upcoming schedule include a June 26 show in Chicago’s Grant Park and his annual Fourth of July Picnic in Ft. Worth, Texas. That show is also tipped to feature performances by Asleep At The Wheel, Los Lonely Boys, Merle Haggard and David Allan Coe, among others.

Yo La Tengo sure know how to keep busy. Last year, the band released a full-length album and an EP, and toured from March through October. They recently got back from a U.K. outing with Gorky’s Zygotic Mynci, and now they’re suiting up for another round of U.S. dates.

The new tour begins May 24 in Vancouver, B.C., and ends June 11 with a stop at the Bonnaroo Festival in Manchester, Tenn. The band has set aside three nights in a row for San Francisco, where they consistently sell out multiple gigs.