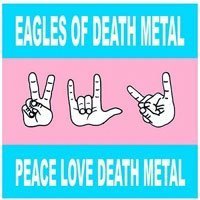 The Queens of the Stone Age have nailed the sound of California groove with their cryptic metal boogie. Now frontman, Josh Homme, has struck out on a side project 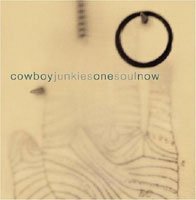 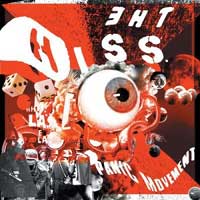 The Hiss is more Stonehenge than Stone Mountain, and if you like your post-punk delivered with the piss and vinegar lo-fi, fish and chips holler- these guys will never disappoint.

Nick Drake, the late English artist whose seminal influence is invoked by countless contemporary singer/songwriters, will be the subject of an album of rarities, remixes and unreleased material released due May 24 in the U.K. by Universal/Island.

“Made To Love Magic” spans Drake’s early recordings with fellow student and future arranger Robert Kirby at Cambridge University in 1968, through to tracks cut in 1974 that have been remixed by original engineer John Wood as they were meant to be heard. The 13-track set will arrive June 22 in North America.

The album’s true rarity is “Tow the Line,” a never-before-released track that has not been heard since it was recorded in 1974. Drake died in November of that year at the age of 26 from an overdose of antidepressant medication. Also featured is “Magic,” a reworking of one of his earliest songs with a new arrangement by Kirby. This song was released as Drake’s first-ever U.K. single on Monday, backed by “Northern Sky,” from his second album “Bryter Layter.”

“Made To Love Magic” sports an alternate version of “Three Hours” featuring the late “Reebop” Kwaakhu Baah on congas and an unknown musician on flute, recorded two months before the version released on the album “Five Leaves Left.” The version of “Hanging on a Guitar” stems from an alternate take with a different vocal. It was while letting this tape run that engineers discovered “Tow the Line.”

On Saturday (May 22), BBC Radio 2 will broadcast “Lost Boy — In Search of Nick Drake,” a new documentary hosted by Hollywood star Brad Pitt, who describes himself as a “huge admirer” of his records. “When Radio 2 approached me to get involved in this project, I was delighted to be asked and pleased that I was able to fit it into my schedule,” he says.

Drake’s profile was raised exponentially in recent years by the use of “Pink Moon” in a 2000 Volkswagen commercial. The album of the same name experienced a huge sales spike afterward, moving more than 73,000 copies in the United States in 2000, according to Nielsen SoundScan, versus the 18,000 copies it sold the previous year. Overall, “Pink Moon” has sold more than 141,000 units since 2001.

Here is the track list for “Made To Love Magic”:

Red Hot Chili Peppers guitarist John Frusciante has shifted his solo deal from Warner Bros. to its affiliated Record Collection label. The artist has six releases on tap, all of which he hopes will appear by the end of 2004. First up is “The Will of Death,” due June 22 under Frusciante’s own name.

Other albums in the pipeline include the Aug. 10 debut from Ataxia, featuring Frusciante, Fugazi bassist Joe Lally and multi-instrumentalist Josh Klinghoffer. The other four releases are described as solo recordings, save for one “equal collaboration” with Klinghoffer. Frusciante says all the albums will be released on vinyl as well as CD.

Last month, the guitarist made available a host of demos for tracks that appeared on his latest Warner Bros. solo set, “Shadows Collide With People.” The Chili Peppers begin an international tour June 5 at Germany’s Rock am Ring festival.

Jones was a larger-than-life figure, known among friends and fans for bearish hugs and radiant grins, the latter often flashed as he splashed his signature, cymbal-centric rhythmic patterns on his drum kit with a superhuman energy and thunderous effect. Jones’ tenure with Coltrane was just five years, but the albums they recorded with pianist McCoy Tyner and bassist Jimmy Garrison were part of the vanguard of Sixties jazz and continue to be a standard by which recordings in the genre are measured, peaking with 1964’s A Love Supreme, one of the finest jazz albums ever recorded.

But the measure of Jones’ career extends well beyond those five years. Elvin Ray Jones was born in Pontiac, Michigan, in 1927; two of his siblings were also jazz players. By the early Forties, he was playing around Detroit, before a stint in the military. By the Fifties, Jones was scoring regular work, recording with Miles Davis, Sonny Rollins, Kenny Burrell, Stan Getz and numerous others, before joining Coltrane’s groundbreaking troupe. Even while working with Coltrane, Jones’ drums could be heard on landmark Sixties recordings by Grant Green and Joe Henderson. The partnership between Coltrane and Jones began to sour by the mix-Sixties when the saxophonist added drummer Rashied Ali to the lineup and began making moves towards a more experimental style of free jazz.

Since the early Sixties, Jones also maintained a busy schedule as a bandleader, recording dozens of albums under his own name or with his Jazz Machine. With that ensemble he’s also been something of a talent scout, bringing things full circle with 1991’s Live in Europe that featured a young Ravi Coltrane on saxophone.

Jones remained an active player and recording artist almost to the point of his death. A frail and gaunt Jones showed up for a gig in San Francisco last month after having spent weeks in the hospital. The weakened drummer needed help from his wife to get behind his kit, but according to a post by one fan, “his time and sound was impeccable.”

No one is really more surprised about this success than me,” says Isaac Brock, lead singer of indie-rocker heroes Modest Mouse, who, after a decade of struggles, disappointments and near-breakups, finally have a hit record. The group’s fourth album, Good News for People Who Love Bad News, debuted at Number Nineteen on the Billboard Album Chart in April, is still hanging tough at Number Twenty-three this week and has sold more than 300,000 copies. Modest Mouse’s video, “Float On,” is an MTV buzz clip, and they were one of the first bands announced for this year’s Lollapalooza.

“We’ve been such a slow-grow band for so many years, none of this fazes us,” Brock says. Still, when told Good News is higher on the charts than Britney Spears, even he is impressed. “You’re kidding me,” he replies.

Good News is moody and eclectic guitar rock, but it’s also filled with enough hooks to make it fit in among other left-of-center bands — such as the Yeah Yeah Yeahs and the Von Bondies — on modern-rock radio. In fact, retailers say consumers are eager for new and different sounds. “It’s drawing a lot of Radiohead-type fans, people in search of something off the beaten path,” says Bob Zimmerman, a manager for Tower Records in Philadelphia. “We’ve had so much throwaway stuff on the charts recently — the time is finally right for something with substance.”

Formed in Issaquah, Washington, east of Seattle, in 1993, Modest Mouse released two studio albums of introspective indie-rock before signing to Epic Records in 1999. Their Epic debut, 2000’s TheMoon and Antarctica, charted for two weeks, then disappeared. Assuming the band would be dropped, Brock started work on a smaller-scale side project, Ugly Casanova.

Good News began with bad omens. The band’s longtime drummer quit halfway into the sessions, and Brock got a DUI-related charge, which earned him a ten-day jail stint. In the end, the band rushed to find a new drummer and finish the album in a month. “We didn’t have time to think,” Brock says. “It ended up being a very instinctual record.”

The new album got a bigger push from its label after Columbia Records president Don Ienner began overseeing Epic last year. (Both labels are owned by Sony.) “He has a good perspective on career bands vs. one-hit wonders,” says Brock.

As for Brock, he’s recently had the words “life is still sweet” tattooed on his wrist. “Every once in a while this sort of thing happens in music,” he says. “Whoever tries to figure it out fails, because even the people in the bands can’t figure it out. Just do what you want, since that’s the only thing that works.”