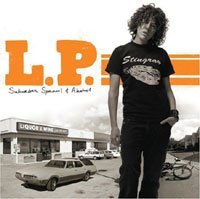 Thankfully, without Moby and too many buttons, LP kicks out all the rock and roll that No Doubt wishes they did. Then again, LP would likely agree that it wouldn

Antigone Rising: Let The Music Do The Talking

Loading straight ahead classic rock with hints of glam, improv and vibrant energy, Antigone Rising is here to stay. With a big gig at SXSW behind them, praises from Rolling Stone and an opening spot for Aerosmith, these five woman continue to second guess their stubborn doubters.

PBS stations across the United States will on Aug. 2 premiere a 90-minute special chronicling Phish’s August 2003 IT festival at Maine’s Loring Air Force Base. The film was directed by Mary Wharton, who won a Grammy for her Sam Cooke documentary “Legend,” and features sound engineering by multiple Grammy winner Elliot Scheiner. Select stations will broadcast the special in high-definition.

Phish’s official Web site hosts a list of stations planning to screen the film. IT drew 60,000 fans to watch the band play six sets over the course of the Aug. 2-3, 2003, event.

As previously reported, Phish is planning to split following its Aug. 14-15 Coventry festival in Coventry, Vt. Although the event is sold out, the band is auctioning a handful of tickets via Yahoo! Auctions, with proceeds above face value earmarked for its charitable Waterwheel Foundation. A contest is also underway via Phish.com to design the official Coventry t-shirt.

Meanwhile, the band has made the previously unreleased track “Tiny” available for download exclusively from Apple’s iTunes Music Store. The cut was recorded during sessions for Phish’s recent Elektra studio album, “Undermind.”

Bjork’s upcoming album, “Medulla,” finds the artist singing over rhythms fashioned by such beatboxers as former Roots member Rahzel, Shlomo and Dokaka. As previously reported, the 14-track set is due Aug. 31 via Elektra. It was produced by Bjork, with assistance on four tracks by longtime collaborator Mark Bell.

A limited edition of “Medulla” will sport expanded artwork and a 16-panel poster. According to her spokesperson, Bjork is not expected to embark on a full tour in support of its release. It is unclear if select dates are a possibility.

Here is the track listing for “Medulla”:

“Pleasure Is All Mine”
“Show Me Forgiveness”
“Where Is the Line?”
“Vokuro”
“Oll Birtan”
“Who Is It (Carry My Joy on the Left, Carry My Pain on the Right)”
“Submarine”
“Desired Constellation”
“Oceania”
“Sonnets/Unrealities XI”
“Piano II”
“Mouths Cradle”
“Wednesday (Midvikudags)”
“Triumph of a Heart”

Lou Reed looks set for a return to the U.K. singles chart with the July 19 release by NuLife/BMG of a pop remix of “Satellite of Love,” originally produced by David Bowie and included on Reed’s classic 1972 album “Transformer.” The new mix, by London team Dab Hands, has been personally approved by Reed.

“Satellite of Love 2004” was well-received at the Winter Music Conference in Miami earlier this year and has been gaining club popularity since then. Reed not only gave the green light for a full commercial release of the track — which was never a U.K. single in its original version — but is fully involved in promoting the single.

“I’ve been getting all these great mixes sent to me out of the U.K. for years and years,” he told Attitude magazine, “and I just started saying to the record company, ‘Look, I really, really love what they are doing.’ I think that my record company was a little taken aback but, genuinely, if I could make that type of music then I would. If I could master the equipment then I would love to. Maybe I will now that I’ve got my own studio set up.”

The track will be included, alongside the original, on a new single-disc version of the 2003 compilation “Lou Reed … NYC Man,” also due July 19. It includes his best-known material as a solo artist and with the Velvet Underground.

The Jon Spencer Blues Explosion has exited longtime home Matador Records and inked with Sanctuary. The first release under the new pact will be “Damage,” due Sept. 29. It features production work from several unlikely collaborators more known for their work in hip-hop and electronica, including DJ Shadow, Dan “The Automator” Nakamura and David Holmes.

Also contributing behind the boards were Steve Jordan, who produced JSBX’s 2002 album “Plastic Fang,” and Alan Moulder. The set was recorded in part at drummer Russell Simins’ New York Studio.

The group has begun confirming fall North American tour dates, beginning Nov. 6 in Detroit. Beforehand, JSBX will appear Aug. 6 at Norway’s Notodden Blues Festival, which will also feature the Fabulous Thunderbirds, Jeff Healey and John Mayall and the Bluesbreakers, among many others.