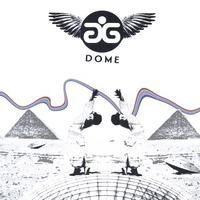 Designed specifically for women and girls so their first day on a snowboard turns into a lifetime of riding fun, Women’s Learn To Ride (LTR) provides first-time riders with learning-specific equipment, smaller classes, personal attention and knowledgeable instructors that cater to the way girls learn. The goal of Women’s LTR is to make learning fun so girls return to the mountain and join the snowboarding lifestyle.

“The Women’s LTR Program is a perfect opportunity for women to add the fun of snowboarding to their lives in a comfortable, safe environment,” says Burton Global Team rider Victoria Jealouse. “For me, I need things explained and I want to fully understand something before I try it, and I think this might be a common thing for us girls. So, smaller instructor groups and more attention make a big difference. The chances are very, very high that after a day with Women’s LTR, women will be linking turns and laughing.”

Burton LTR products and programs have brought new riders to the sport since 1998, but have never catered specifically to women until now. To create this groundbreaking new program, Burton gathered a group of experienced women riders and girls who had never snowboarded before to help design and develop Women’s LTR. This season, Women’s LTR is offered at three resorts that will work with Burton to make sure girls and women have the best experience from day one.

Each of the three participating resorts will offer various promotions and special programs that will encourage women to get involved with the new Women’s LTR program. Every participant in women’s LTR will receive a journal, stickers and an issue of SG magazine to take home after her first day on the hill.

More specifics to come on each resort’s special offerings and launch plans surrounding this breakthrough new program for women.

Indie rock outfit Rilo Kiley just wrapped an extensive tour in support of its latest Brute/Beaute album, “More Adventurous,” but that hasn’t stopped frontwoman Jenny Lewis from keeping busy. The artist is at work on her as-yet-untitled solo debut, which will be released by Bright Eyes’ Conor Oberst’s new Team Love label.

“Four days after we got back [from touring], I made this record in six days with [producer] Mike Mogis,” Lewis tells Billboard.com. “It’s a kind of soul record. I’m really excited about it.” According to a Team Love spokesperson, the set will likely arrive in the summer of 2005, as the fifth or sixth release on the imprint.

Until then, Lewis and Rilo Kiley have plenty on their plate. “We’re going to Europe with Bright Eyes in February, and I think to Japan with them as well,” she says. “We’ll come back and do another tour — we’re playing Coachella and Bonnaroo.”

“Then, hopefully my record will come out and I’ll tour with that before the year is over,” Lewis continues. “It’s a lot but it’s good. I get a little antsy when I have too much time off.”

For more information and full list of dates visit ratdog.com.

R.E.M. will reissue their entire Warner Bros. catalog on February 15th, with each two disc set including the original album and a bonus DVD featuring the record remixed in 5.1 surround sound, as well as unreleased documentary and video footage.
The reissues span from R.E.M.’s 1988 Warner debut Green to this fall’s Around the Sun, and mark the band’s transition from indie favorites to one of the world’s biggest bands.

“These days, there are R.E.M. fans who think ‘Stand’ or even ‘Losing My Religion’ is the first song the band ever wrote,” bassist Mike Mills told Rolling Stone in 1991. “The people who listen to Top Forty are generally not R.E.M. record buyers — or they weren’t until the last year or two. It’s kind of surprising to listen to the fourteen-year-old girls call up and go, ‘How long have you been together? I like your first record.’ And it’s like ‘No, no. See, the first record came out when you were about one year old.'”

Typical of the bonus material is the extra disc for Out of Time, which includes the unreleased documentary Time Piece, a blend of band member interviews and commentary on songs from the album that made R.E.M. a household name.

R.E.M. finish their U.S. tour Sunday with a show at Albuquerque’s Kive Auditorium, before heading to Europe in January.