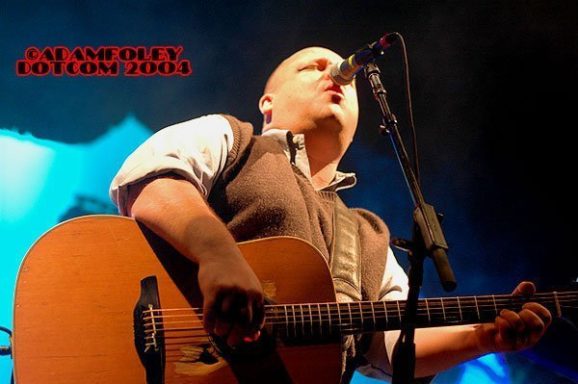 When the lights finally came on after the

Best of 2004: From the Artists’ Perspective

Rather than a standard “Best Of” list with the typical breakdown of 2004’s top offerings, our annual “From The Artists Perspective” goes straight to the source – the artists – to find out where they look for inspiration.

Queen is reforming and is planning a European tour next year with former Bad Company and Free lead singer Paul Rodgers. “I won’t go into more details right now, but, barring accidents, Queen and Paul Rodgers will be on the road, pretty much for sure, around April 2005,” guitarist Brian May wrote on his official Web site.

“It really all came about because of the Fender 50th Anniversary gig that I did with Paul Rodgers,” he continued. “We were both so amazed at the chemistry that was going on in ‘All Right Now’ that suddenly it seems blindingly obvious that there was ‘something happening here.'” According to Queen’s official Web site, the shows will feature both Queen and Rodgers material.

May said the last two or three weeks have been spent discussing venues as well as material both Queen and Rodgers may approach in concert. “Suddenly the Queen Phoenix is rising from the again from the ashes, and will take precedence over everything in our lives,” he added.

Queen has not toured since the death of lead singer Freddie Mercury in November 1991. In the spring of 1992, the surviving members staged a star-studded tribute concert at London’s Wembley Stadium for the Mercury Phoenix Trust, an AIDS-related charity.

The group’s last studio album was 1991’s “Innuendo” but May, drummer Roger Taylor and bassist John Deacon reunited to release 1995’s “Made in Heaven,” which featured vocals Mercury recorded prior to his death.

Queen returned to further notoriety with the recent musical “We Will Rock You,” which is playing at Las Vegas’ Paris Hotel.

Merge will on March 22 reissue Dinosaur Jr.’s first three albums “Dinosaur,” “You’re Living All Over Me” and “Bug.” Previously released by the Homestead and SST labels, the sets have been remastered and include a smattering of bonus tracks and rare photos. Sonic Youth’s Thurston Moore, Mike Watt and Guided By Voices’ Robert Pollard contributed to new liner notes.

The Massachusetts-based trio’s 1985 Homestead debut, “Dinosaur,” introduced the template of Neil Young-influenced guitar leads from J Mascis and a balancing act between noise and melody. The new edition is bolstered with a live version of album track “Does It Float.”

The group made a dramatic leap on 1987’s “You’re Living All Over Me,” featuring future college radio staples such as “In a Jar” and “Little Fury Things,” as well as “Poledo,” a track penned by bassist Lou Barlow that foreshadowed his future work in Sebadoh. The new edition features videos for “Little Fury Things” and “Just Like Heaven.”

Released a year later, “Bug” became the band’s best-selling album to date on the strength of such tracks as “Freak Scene” and “No Bones.” Videos for both are included on the reissue.

With Barlow having left to form Sebadoh, Dinosaur Jr. signed to Sire in 1990 and released four albums for the label before splitting at the end of the decade. Mascis has subsequently released albums with his band the Fog for Artemis and Ultimatum.

In an unusual twist, Barlow is now also signed to Merge, which will in late January release his new solo album, “EMOH.” The set sports a cover of Ratt’s “Round and Round” plus guest spots by Sebadoh colleagues Jason Loewenstein and Russ Pollard.