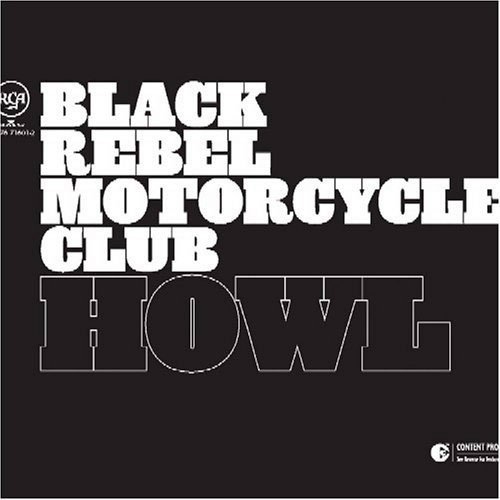 Prior to the release of Black Rebel Motorcycle Club 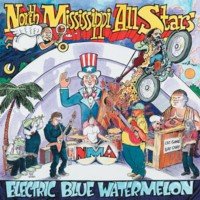 A funny thing happened to the North Mississippi Allstars on their way to international acclaim: they became a nuanced, multifaceted and wholly experimental blues rocker unit

Buckethead Teams With System Of A Down’s Sefj Tankian

Enigmatic guitarist Buckethead has inked with System Of A Down frontman Serj Tankian’s Serjical Strike label for the Oct. 25 release of his next album, “Enter the Chicken.” The 11-track set features guest spots by Tankian on the tracks “Waiting Here” and “We Are One.”

Buckethead, who never appears in public without a KFC bucket on his head and a mask on his face, has been releasing eclectic solo albums since 1992. Until his March 2004 departure, he was also doubling as the guitarist in Guns N’ Roses and had played on the group’s long-festering album, “Chinese Democracy.”

The artist is planning to tour in support of “Enter the Chicken,” but dates have yet to be announced.

Here is the track list for “Enter the Chicken”:

In light of the recent tragedy affecting the Gulf Coast from Hurricane Katrina, The Disco Biscuits and various artists will appear at a benefit concert to take place next Tuesday, September 13 at Spirit nightclub at 530 W 27th St. in New York City.

Tickets will go on sale on Friday, September 9th at 12:00 PM on Biscotix at discobiscuits.com. The event is produced by Chill Promotions and HeadCount, a non-profit organization co-chaired by Disco Biscuits bass player Marc Brownstein.

The Disco Biscuits will perform with a very special pair of drummers, Joe Russo and Mike Greenfield. Russo will also appear with two other acts

In a show of support, organizers of the Blue Ridge HarvestFest – to be held on October 7-8-9 in LaFayette, Georgia – are turning their 8th annual event into a benefit for those affected by Hurricane Katrina. Berkeley-based High Sierra Music and Atlanta’s T-Dawg’s Productions are proud to announce that 100% of net proceeds from HarvestFest will be given as direct aid to those in the music community affected by the hurricane. A food drive and raffle will be held as well. Additional funds raised through the High Sierra Foundation will also be donated to hurricane relief efforts.

HarvestFest is celebrating its third year at Cherokee Farms, a beautiful 250+ acre private site that offers plenty of room for car camping, RVs, and tent camping in the woods, showers, and a swimming pond. The three-day music and camping festival attracts music lovers of all ages with two stages, children’s activities, quiet family camping, Zaxby’s Sports Bar featuring college and pro football games on a big screen, a food and beverage court featuring microbrew beer from Sweetwater and Terrapin Brewing, a craft fair, and the opportunity to catch top-notch artists in an intimate and relaxed setting. The festival is holding its first Vassar Clements Band Competition, open to bluegrass bands who are not performing as part of the official HarvestFest line-up with the winner receiving a performance slot on the main stage on Sunday and other prizes.

Three-day, two-day and single-day tickets are available, so whether patrons camp out for the weekend or come up for the day they will be helping to contribute toward hurricane relief. HarvestFest tickets are available online via harvestfest.com , by phone at 510.595.1115, and at local ticket outlets Cat’s Records in Chattanooga, IFO in Atlanta, Wuxtry and Athens Music Museum in Athens, and Hernes’ in East Rome. Group discounts are also available: with the purchase of 15 or more 3-day HarvestFest passes patrons will receive 10% off the ticket price plus a reserved camping spot. Please call 510.595.1115 for more information on group ticket sales.

The seventh Voodoo Music Experience, which was to take place Oct. 29-30 in New Orleans’ City Park, is attempting to move forward with this year’s event. In the wake of Hurricane Katrina, attempts are being made to hold the festival on the original dates in a new city to be announced, and also raise funds for victims of the disaster.

Voodoo was to feature performances by Nine Inch Nails, My Chemical Romance, the New York Dolls, the Flaming Lips, Tiesto and Queens Of The Stone Age, as well as a host of New Orleans-based musicians. A recongfigured lineup is pending.

In order to mark the band’s 10th anniversary, Galactic is proud to announce the plans for their “Ten Year Invasion” fall tour. The invasion will begin October 26th in Crystal Bay, NV, and will include stops in New York, Boston, Washington DC, and Las Vegas for the upcoming Vegoose music festival. Openers for the tour are as diverse as always with Lyrics Born and ALO each taking on different legs. This year’s special Halloween show, one of Galactic’s most anticipated annual events, will take place in Austin, TX, and with Mofro in the opening slot it’s sure to be a highlight on the fall tour. A longtime staple of the vibrant New Orleans music scene, Galactic is thrilled to hit the road to celebrate a decade of good times and great music. “We’ve all grown up together and learned so much,” says bassist Robert Mercurio. “We’re not only best friends, we’re like family.”

Although the fall tour plans remain intact, due to the current conditions in New Orleans Galactic must postpone their 10th Anniversary shows that were scheduled for September 9th & 10th at Tipitina’s. As longtime residents of New Orleans the members of Galactic have been particularly affected by last week’s tragedy. Although the band was on the road at the time of the event, they plan on doing all they can to assist in the recovery effort. They are currently exploring different options as far as benefits in which they can participate, and they will also use this time to work on their next studio album.

Galactic was born in the mid-’90s, after two Washington DC punks–guitarist Jeff Raines and bassist Robert Mercurio–relocated to New Orleans and found themselves intoxicated by the sounds of the scene that nurtured The Meters, Professor Longhair, the Neville Brothers and Dr. John. Armed with the rhythmic tradition of their adopted hometown, Raines, Mercurio, saxophonist Ben Ellman, keyboardist Rich Vogel, and drummer Stanton Moore have spent ten years tearing through venues across the world, leaving hordes of die-hard Galactic junkies in their wake. Weaving modern and retrospective styles into their own trademark jazz-funk-rock fusion, Galactic created a far-reaching canon–including six albums and countless live performances–informed by ongoing influence from a wide range of genres, including hip-hop, blues, pop, and electronica.

New York rock act TV On The Radio has posted a new song, “Dry Drunk Emperor,” on the Web site of its label, Touch & Go Records. The track makes no bones about its frustration with President Bush and the U.S.-led invasion of Iraq via such lines as: “Did you buy the bull they sold you / that the bullets and the bombs / and all the strong arms / would bring home security?”

“In the absence of a true leader, we must not forget that we are still together,” the band writes on the site. “Hearts are sick; minds must change. It is our hope that this song inspires, comforts, fosters courage and reminds us [that] this darkness cannot last if we work together.”

According to a spokesperson, TV On The Radio is putting the finishing touches on its next album, which will be released early next year. The group will also support Franz Ferdinand during its October North American tour.