Get Out Your Tallboys: WSP Summer Tour

Ten years ago you never could have convinced me that Widespread Panic would be the biggest ticket seller in that little jam corner of the live music scene. But sure

Yeah, this doesn’t have much to do with music. But I saw this on Deadspin early this morning and thought, “You know who would love this video? Everyone!” [youtube]Q62X73zQhK4[/youtube] I’m

This Live Earth Goes To 11: The Tap

Grousing The Aisles: Back To High School

I haven’t been able to stop thinking about my high school days at all this week, so I thought I’d check in on some of my favorite bands from the glory days.

I’ll never forget the first time I saw Push Th’ Little Daisies on 120 Minutes, or the time I saw the Spin Doctors play with Blues Traveler at the Academy. Those were heady times, when I was discovering Phish and the groove-incensed songs of Medeski, Martin, and Wood. (Alright…this MMW show isn’t from 1994, but it’s so damn ridiculous that I needed to bring it to everyone’s attention immediately.) So head back in time with me as we go Grousing The Aisles:

I didn’t know what to make of Ween the first time I listened to Pure Guava. Was this a joke, or were these guys actually serious? I heard my answer the first saw them live; they were a mix of both with a hint of brown. In the summer of ’94, Ween transformed from a two-person act to a full-out rock band when they added Claude Coleman (drums) and Andrew Weiss (bass) to the mix. While I thought playing along with a DAT recorder was inventive, the Ween ‘brothers’ needed the power and energy that live musicians added.

One of the first shows the “band” played was at the 9:30 Club in Washington D.C. Ween ran through a set of songs that now are all considered legendary epics. From the first note of Touch My Tooter to the end of the Poopship Destroyer, this Ween show rages. Some things never change, as the rabid crowd continually would shout out requests and cheer the beginning of every song. If you aren’t familiar with the early days of Ween, this show is a good place to start your education. Read on for plenty more Grousing The Aisles…

For four days each year, Wilkesboro NC transforms itself into the bluegrass capital of the world. And it happens this weekend, when the 20th Annual Merlefest serves as epicenter of

Bob Dylan will embark on his traditional summer North American tour beginning with a June 22-23 stand at the Borgata in Atlantic City, N.J. Dates are on tap through July

The Raconteurs are in a Nashville recording studio working on the follow-up to their 2006 debut "Broken Boy Soldiers" and hope to have a new album out sometime next year. 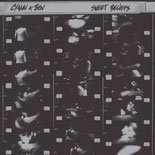 Cyann & Ben find very little difference in post-rock’s deconstructions and dream pop’s swirling overtures. The Paris-based quartet spins them into one sound, one experience which drifts through the doors and out the windows of Sweet Beliefs, its third offering.

The Widespread Panic Summer Tour 2007 has been officially announced.  The band will be traveling all across the country with stops including California, Texas, New York, New England, and of