While venerable coffee giant Starbucks has been struggling to compete in the beverage department of late, they seem to be hitting the mark with their in-store music selection (that doubles as a check-out impulse buy). For their latest release they’ve gotten the former Robert Zimmerman to handpick selections for an Artist Choice compilation. Read on for the track list of sixteen songs you’ve probably never heard of either, and another bit of Bob Dylan news…

Bowie, who put out his first album, David Bowie, in 1967 has been a fixture on the rock landscape ever since and has crossed genre lines so many times, charting it would look like an airline route map in the back of those terrible in-flight magazines.

Whatever your pleasure, Bowie has something for you. You want straight up rock and roll? There’s 1974’s Diamond Dogs and 1980’s Scary Monsters. If it’s a red wine night at home, there is 1971’s Hunky Dory, with more piano-driven tracks, including the powerful “Quicksand” and “Life on Mars,” a song that has surfaced everywhere from Phish shows to Wes Anderson movies.

Read on for more Thin White Duke lovin’, and a few clips from his illustrious career…

I can’t help that I have Wilco on the brain – Jeff Tweedy and company wrap up their five-night career spanning run tonight and I’m off to see them in Philly on Saturday (mmm cheesesteaks and Wilco the perfect combination). So with that in mind I figured I’d dip into their catalog and offer up a mix of some of the rarities they have busted out at the Riviera in Chicago so far this week. Enjoy!:

Read on after the jump for a breakdown…

If you’re one of those people who just needs to have a bigger music collection then all your friends, we’ve got quite the opportunity for you. The world’s undisputed largest collection of recorded music is now on sale via EBay. A three million dollar opening bid gives you the chance to buy three million records and 300,000 CDs. Have fun importing all of those bad boys into iTunes.

Here are some links to help you fight the mid-week blues: 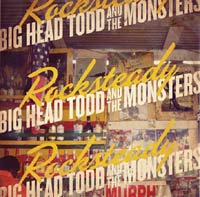 Big Head Todd & The Monsters: All the Love You Need

it’s not apparent by now, after eight official studio albums and the de rigueur double live set, Big Head Todd and the Monsters are not going to blow anyone away. But on the basis of the new All the Love You Need, they have learned how to avoid the pitfalls of the AOR subgenre in which they reside. 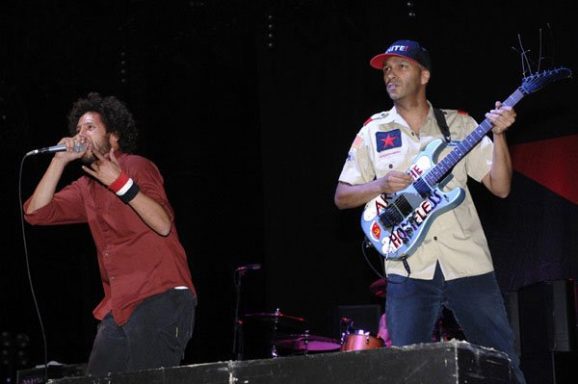 The RATM concert in Osaka was an memorable event as the fans at Osaka-Jo Hall got wild, but never malicious. What makes a Rage show so powerful is having every member of the audience understanding the band's message, accepting it, and becoming one. 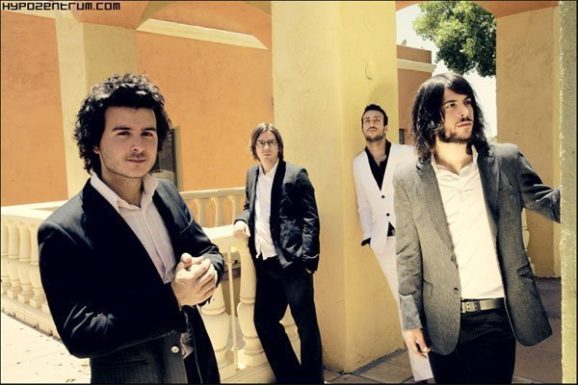 As Tall As Lions – Sonic Cocktails

As Tall As Lions is a landscape of instruments that continually overlap to create a sonic cocktail – part orchestral pop, part lounge with a Latin backbeat holding it all in check.

It’s not history-making like their previous outing, but DJ/producers Sasha and John Digweed are hitting the road together again this spring for the first time since 2002. The duo’s 21-date,

Having gone platinum in the UK, Kate Nash’s Paul Epworth produced debut saw its US release via Geffen on January 8th and debuted at #36 on the Billboard album charts.

Spoon have announced the first dates of their ‘Victory Lap’ tour of the US, kicking off April 2 in Kansas City. The band will be joined by The Walkmen and