Maybe because we’ve been reporting about the endless stream of festival announcements we let this slip by, but I was totally unaware that their was even such a thing as

Briefly: We’ve Got a Jammys Lineup

The lineup for the Jammys came out today, and it looks really good to us: Page McConnell, Booker T. Jones, String Cheese Incident’s Kyle Hollingsworth, James Carter, The Fab Faux,

Since the beginning of time, classic productions for both television and cinema provided some monumental music performances. While we often go on and on about the bands and the music, we sometimes forget to pay homage to the venues where the magic happens. Well here’s our chance.

Today, we’re taking an inside look at the Ten Greatest Fictional Music Venues Ever. The competition is fierce, but we think we got a pretty accurate list. So without further ado, let’s take a walk down memory lane:

While the thought of spending an evening with Jordan Catalano’s band, The Frozen Embryos, as they butcher the Ramones’ I Wanna Be Sedated makes most people need a Rolaids, they do get some decent acts at Pikestreet, such as Buffalo Tom. Really, the best part about Pikestreet is you can hang out with Rayanne and rap about her beloved Cosmic Charlie closer at Palo Alto in 1971 or the Stagger Lee the Dead played in episode five, which she nearly missed when Angela scalped their tickets just for a chance to talk to Jordan Catalano. Luckily, “Rusty ran into this guy he knew from Vietnam who was in a wheelchair and had an extra ticket. He had a sexy upper bod, too.” And Rayanne let Angela have it for not miracling anyone.

Pullin’ ‘Tubes: Land Of The Lost

I’m trying to find the best way to ease into this one, but I barely have words to describe Galactic’s video for Hustle Up. It’s one of the most frighteningly

To celebrate the 2008 Jammys nomination for eMusic Download of the Year, The Disco Biscuits are now releasing the Tractorbeam show from the Chameleon Club in Lancaster, PA on June 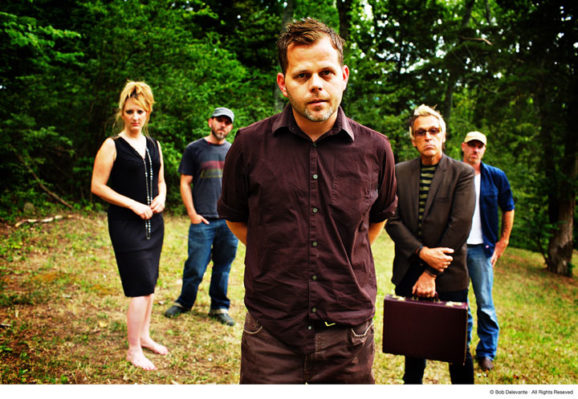 The price is steep, for the secrets we don’t keep,” sings Matthew Ryan on “Meet Me By the River,” just one of the stellar tracks off his new album, Matthew Ryan Vs. The Silver State (MRVSS). Ryan doesn’t keep many secrets on the 11 tracks that make up the brilliant piece of work—he lays it out for the listener, warts and all. And it’s quite a journey.

Today guitarist/singer/songwriter Keller Williams announces his summer tour dates, which include select plays with his band – Moseley, Droll, and Sipe – and a co-headline tour with longtime friends and