When current New Riders of the Purple Sage and former Hot Tuna guitarist Michael Falzarano put together his latest solo album, We Are All One, he enlisted the help of many of the great musicians that have become part of his extended family including the late Vassar Clements, Buddy Cage of the New Riders, JGB’s Melvin Seals and Kerry Kearney. The resulting album takes you on a cohesive journey through many genres with Michael guiding us through all the wonderful styles of music that he’s played over the years.

We Are All One immediately caught my ear with the rollocking Why I Love You I Can’t Explain and didn’t let go through Gonna Power Down Now – the gorgeous lo-fi instrumental that closes the record. Other highlights include a song written as a tribute to Allen Woody (Last Train Out), two covers (Candy Man and How Long Blues) and the last known recording of Vassar Clements (When There’s Two There’s Trouble). We recently sat down with Michael to talk about his latest release…

Scott Bernstein: When I saw the late Vassar Clements’ name attached to this project I realized it must’ve been a long time in the making. Can you take us through a timeline of the creation of We Are All One?

Michael Falzarano: It’s hard for me to come to the realization that it’s been about four years. What happened was, I started recording this project and just as I was wrapping it up about three and a half years ago I got a phone call from Buddy Cage. He said “listen, we’re putting a version of the New Riders of the Purple Sage together to do five shows, would you be interested in playing?” I said “of course!” Number one, I love Buddy and David (Nelson). I love their music, I grew up listening to it and playing it in bars all over New York and Long Island. So, it’s like a natural thing for me. I figured five shows, we’ll just do ’em and have a great time and that would be that.

Over the last couple of years, Knitting Factory founder Michael Dorf has put together a string of highly successful tribute concerts honoring Bob Dylan, Bruce Springsteen, Elton John and other

In a surprise to no one, once again Bonnaroo will take place in Manchester, TN on June 11 – 14. The presale for Bonnaroo 2009 kicks off this Thursday and

Cover Wars: All Of My Love Edition

The Canadians and the Seattle Grunge-Rockers are still fighting for the title of last week’s best cover of The Seeker. As of publishing time, they were tied. If you haven’t already, please have a listen and place your vote for Rush, Pearl Jam or any of the acts that are trailing the front-runners.

How much longer was Led Zeppelin gonna last after In Through the Out Door if John Bonham hadn’t died? We all heard that album. Things don’t go on forever, and the quicker you accept that change is inevitable, the happier you’re gonna be. Besides, I don’t want my daughter to be in high school with her friends following Phish around the country — that would just be too weird.

Pulling that quote from Trey Anastasio’s interview with Rolling Stone (June 3rd, 2004) seemed fitting considering that since its publication: Led Zeppelin has played gigs and Anastasio now needs to deal with the reality that his daughter’s friends may very well be on Phish tour before he knows it. Trey’s certainly going to need to walk back a few of his quotes he provided to the media during that dark period of his life, though I doubt he’ll change his opinion on Zeppelin’s last studio album, but who knows…

Twenty years is a long time by most standards. Think about it. What were you listening to seven thousand three hundred and four days ago? Not exactly that many days back, but in general, where were you, musically? I would guess that a certain percentage weren’t born yet. Another portion was too young back then to remember anything musical beyond Fraggle Rock or Raffi. Others were caught up in the hair band vibe of the late eighties.

But, in the great Pacific Northwest, there had been rumblings for several years of something different from the norm. Music that eschewed the high production values of more mainstream music ala Bon Jovi and Poison, while keeping the high energy rock aesthetic of punk. Traveling up and down the I-5 corridor from Seattle, through Portland, Eugene and points south, were bands that had embraced hard core, loud, fuzz infused guitar and vocals of what would soon be referred to as Grunge. Ducky Boys, Mr. Epp, Deranged Diction. These bands filled bars nightly up and down the left coast. Disenfranchised youth had a voice again.

Premier among these bands was Green River. Named for a then still at large serial killer, G.R. formed from the dust of several of the aforementioned I-5 denizens. Signed to the newly formed Sub Pop records, they lit up the scene with ferocious live shows, screaming, angst filled vocals and a thrasher style of music that struck a nerve and made you take notice.

Today marks the 25th Anniversary of the first “official” show Phish ever played at UVM’s Harris-Millis Cafeteria in Burlington. Five years ago the Phab Phour made a big deal out of their 20th Anniversary Show in Boston, but we haven’t heard a peep from the band about this one. In fact, we haven’t heard much of anything from any of the band members since they announced their comeback on October 1. Regardless, Phish fans are feeling something they haven’t felt since Miami: hope for the band’s future.

A few weeks ago, a picture surfaced of Trey, Mike, Page and Jon rehearsing at a studio in NYC. They were working out the kinks with more than 100 days to go until Hampton showing some real dedication this time around. We’re still in a holding pattern as to what lies ahead after March 6, 7 and 8, but there seems to be a new tour date-related rumor each day. So on the verge of Phish’s return, let’s celebrate this anniversary the same way we celebrated the 20th with this montage that Jared Slomoff put together… 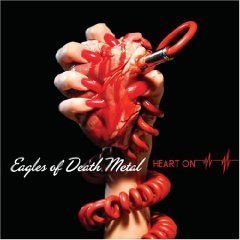 Over the course of two prior albums, Eagles of Death metal have more or less been a shits and giggle hangout for Josh "Babyduck" Homme and his buddy Jesse “Boots Electric.”   With cornball nicknames and beer commercial 123 rock,  the due have set them up for more laughs than praises, including Axl Rose once hailing them as the “pigeons of shit metal” on a prior tour.

Seminal Chicago indie rock outfit the Jesus Lizard will play its first shows in 10 years in 2009, while Touch & Go will remaster and reissue its first four studio

Thievery Corporation have lined up a row of early year dates in 2009 in support of the pair’s latest studio set, "Radio Retaliation." Rob Garza and Eric Hilton–will play aNew 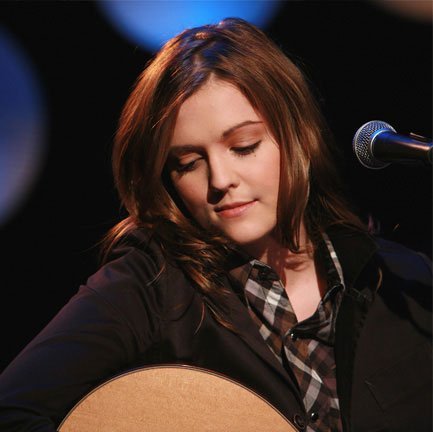 Playing recently with the Seattle Symphony at the acoustically perfect Benaroya Hall, Brandi Carlile showcased her significant talents and impressive catalog of music.  Backed by what was clearly a talented band (in particular, Seattle twins Tim & Phil Hanseroth, who provided lovely backing harmonies), Carlile led the audience through both old songs and new.