Last week we kicked off the fifth edition of our Digging Deep series with five stellar videos featuring fun covers of some of our favorite songs from the YouTube archives. This week, we’ll conclude with five more kickass clips…

1. Former Drive-By Trucker Jason Isbell and his 400 Unit band have covered a number of songs since forming, but one of my favorites is their take on the Rolling Stones’ Sway…

READ ON to see covers of Buffalo Stance, Don’t Do It, Laid and more…

Bloggy Goodness: From Ryan, With Love

While Ryan Adams‘ future performing live may currently up in the air, the prolific singer/songwriter celeb dating-blogger will release an iTunes exclusive EP in time for Valentine’s Day. The seven

Origins of a Song: Broken Arrow

The idea behind Origins of a Song is to take a fictitious look at a scenario that may or may not have led to the birth of a select few of the most memorable of songs. I secretly think they would make for sweet Saturday Night Live skits, but they haven’t called yet. This time, we’ll take a crack at the brilliant Robbie Robertson classic, made famous by Rod Stewart, Broken Arrow.

An annual tradition for nine-year old Robbie’s birthday, his mother has set the table with his favorite birthday breakfast, chocolate chip pancakes doused with Hershey’s syrup and loaded with vanilla ice cream and Cool Whip topping. The family, including Robbie’s mother and older brother Wayne, has been waiting patiently for over 15 minutes, the pancakes are getting cold, the ice cream is melting, and Robbie’s presents are just sitting there, begging to be opened.

Robbie [whining]: Mom, can I open my presents yet?

Mom: Not yet, honey. I know you are excited, but we have to wait for your Aunt Lenore.

Robbie’s older brother Wayne, clearly getting quite a kick out of his younger sibling’s uncontrollable anticipation, leans over and gives him a noogie.

Interview: All In With U-Melt’s Zac Lasher

It’s precisely a band like U-Melt that allows me to keep faith that the jamband scene hasn’t morphed into a hippier, hettier (gah!), scruffier version of indie rock, filled to the brim with lightning flash buzz bands that are followed seconds after their debuts with heaps of backlash and hipster scorn. Too much to deal with, man; that kind of pressure makes bands essentially have to compete against themselves, let alone navigate the quotidian shitshow of trying to make it as a working musician.

No, U-Melt is that latter day jamband that’s done right by itself and its fans through earnest and steady growth. Where I was once skeptical of their “all-in” approach – so many styles, genres and components strained into a mass that wasn’t once much for hooks and songs and more on long, occasionally great passages of improvisation – every time I’ve seen them I feel like they’ve been a bit more “on”: more authoritative, more interesting, more assured and more fun. If there’s still such a thing as a grower band in this fractious scene, U-Melt is it.

Hidden Track caught up with keyboardist Zac Lasher at the start of the band’s extensive winter and spring tour, following a terrific kick-off show at Mulcahy’s on Long Island. If you haven’t checked ’em out in a while, or even if you have, do yourself a favor, as the saying goes…

HIDDEN TRACK: U-Melt really continued to hit the road hard in the last year. Looking back over 2008, any particularly great nights or individual sets come to mind?

ZAC LASHER: Oh yeah, two in particular. One was our moe.down show, which was pretty spectacular because we were fortunate enough for moe. to have invited us back—they don’t often do that for bands that have played moe.down before. We played the Beer Tent again and sometime during that day a friend of mine pointed out to me that it was Michael Jackson’s 40th birthday. So, we decided to do an impromptu Michael Jackson thing and I’ve never heard an ovation for U-Melt like we got for that Michael Jackson medley. And the other one was we started out the year with a bang, our New Year’s show late night at the Highline Ballroom was pretty excellent.

It’s taken me a day or two to come up with a way to review the show I saw last Friday night in downtown Nashville. Lucero, a Memphis band I’ve been a fan of for a few years now, performed a two-night stand this past weekend.

I was a little late due to work obligations and then a car accident on the interstate. When I finally arrived, I found the place completely sold out and jam-packed. Don’t get me wrong – the large crowd was expected, that’s become the trend when Lucero travels to Nashville and their success is definitely a great thing for the band. I was able to catch the last three songs of what I believe to be a great up-and-coming band, The Dexateens.

The Dexateens are southern-garage rock from Alabama and I think (and hope for their sake) they become a band to reckon with in the near future. I was really happy I arrived in time to check out a few of their songs, so happy, I actually purchased one of their albums at the show. I can’t tell you the last time that happened.

Multi-platinum rock band 311 have been hard at work in their own North Hollywood studio, The Hive, with legendary producer Bob Rock (Metallica, Bon Jovi, Aerosmith) putting the final touches 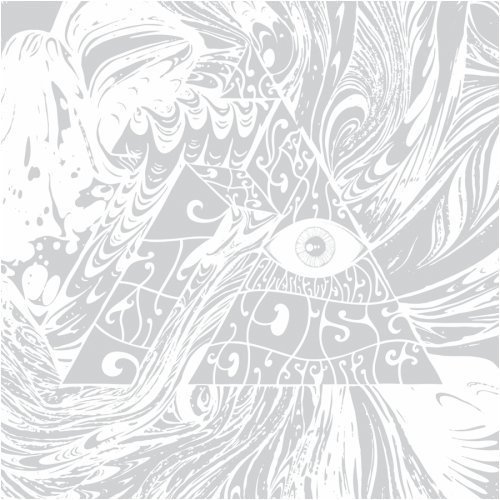 The International Noise Conspiracy: The Cross of My Calling

Following up the soulful, boogie-rock of their last album “Armed Love,” The International Noise Conspiracy pick up where they left off with The Cross of My Calling. This time around they are opting for a slightly more psychedelic rock sound.

Bruce Springsteen’s E Street Band pre-recorded the music that was played during their Super Bowl half-time performance on Sunday (February 1), according to one of the event’s producers. Apparently the

Franz Ferdinand have announced a tour of North America, kicking off April 13 in Seattle, WA. The band will hit the road to support the release of their new album