The Hidden Track staff is headed out to Jones Beach for the first of three Phish concerts in Wantagh. I’ll be tweeting live from the venue so be sure to

Tour Dates: Down By The River

Here are the aforementioned photos from Jeremy Gordon of the second day of Mountain Jam. Be sure to check out Jeremy and Carla’s Day 1 recap.

In honor of Phish’s Fenway bust out, we’re re-running our The Ballad of Curtis Loew Cover Wars which was originally published on May 5th, 2009

The Ballad Of Curtis Loew was originally released on Lynyrd Skynyrd’s aptly titled sophomore effort Second Helping. There is a FAQ section on Skynrd’s website that asks if there was a real Curtis Loew. Here’s the answer…

The inspiration for Curtis Loew was loosely based around the characters that lived near Ronnie’s home on Jacksonville’s Westside. The corner store in the song is based on Claude’s Midway Grocery on the corner of Plymouth and Lakeshore in Jacksonville. While there wasn’t a ‘real’ Curtis Loew, there were many Curtis Loews in the neighborhood. The actual spelling of the name came when Ed was writing the liner notes for the Second Helping album in 1974. He thought it would be funny to name this old Florida black bluesman after the Jewish Loew’s Theatre.

Keller Williams: Leading off this week we’ve got a short rendition from the early years of Keller Williams. Source: 1-25-1998
[audio:https://glidemag.wpengine.com/hiddentrack/wp-content/uploads/2009/05/kw.mp3]

Video: Pearl Jam Debuts Get Some On Conan

Get Some – Pearl Jam (live on Conan) 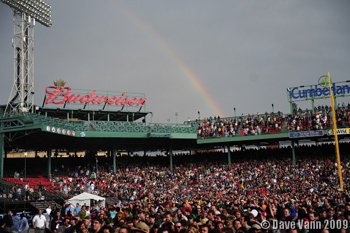 Multi-platinum rock band Cheap Trick announce the pre-order of the new album The Latest, currently available exclusively through the band’s official website- www.cheaptrick.com- and on Amazon.com. The Latest, produced by

In July, acclaimed singer and songwriter Pete Yorn will kick off a headlining tour in support of his anticipated new album ‘Back And Fourth’ (June 23, Columbia).  Backed by his

According to a press release.Assembly of Dust is offering fans free downloads of seven tracks from its upcoming release, "Some Assembly Required," exclusively at its website,  Beginning June 2, a

Phish summoned their collective Roy Hobbs, knocked the cover off the ball, and annihilated the spun-like-the-twine-on-the-inside-of-a-baseball crowd (lame baseball analogy #1)