HeadCount Launches What’s Your Issue?: Interview With Bernstein and Brownstein

After registering more than 100,000 voters last year, HeadCount plans to build upon their success with the launch of the “What’s Your Issue?” campaign encouraging music fans to become informed, active citizens.

Those who head over to the revamped HeadCount.org or visit the HeadCount table at a concert can answer a short issues survey about the issues that matter to them and be entered win free VIP tickets to Outside Lands Music Festival, held in San Francisco’s Golden Gate Park August 28-30, 2009, plus two round-trip airfares on Southwest Airlines to anywhere in the U.S., get access to free downloads and receive an update every six weeks on the issue that matters most to them. Let’s not gloss over that last point – you don’t have to worry about HeadCount updates flooding your inbox.

The organization’s revamped website has just been updated to include a wide range of resources that facilitate civic participation including issue pages, their blog, a listing of volunteer opportunities and a legislative action area where you can email your Congressional representatives. We recently asked HeadCount founders Marc Brownstein and Andy Bernstein about “What’s Your Issue?” and here’s what they had to say…

Hidden Track: The last election was over and you guys were extremely successful registering voters, can you tell us about the process of figuring out where you went from there with HeadCount?

Marc Brownstein: We’ve always known where we were going to go from there. The mission has always been a two-part mission. One of the parts is to utilize the power of music to organize the community at large in terms of voter registration. And then to take it one step further, part of our mission was going to be – ultimately- to become the civic engagement branch of the jamband community, the people who train the volunteers of the future.

So we built the foundation around voter registration and electing the officials is the very, very important first step. One of the things that I like to say is it’s not who is gonna be there running your government necessarily – that’s the most important thing – but once they get there how they are going to run it. That’s what HeadCount is going to be about in the future. It’s about issues and finding out what the issues of the kids in the jamband community are and how they can engage with the politicians in Washington to be running our country in the direction that our community wants to go in.

READ ON for more from Marc Brownstein and Andy Bernstein…

Green Day will be performing each night this week – with the exception of Monday – on NBC’s Later with Carson Daly to promote their new album, 21st Century Breakdown.The

Back in April we told you about Red Sox prospect Lars Anderson’s appreciation of the Grateful Dead and at the time we wondered whether he was into Phish as well.

You Must Hear The Susquehanna Sand

When Phish announced the dates for their first tour in five years I was extremely excited to see that the shows lined up really well with my schedule. My plan

Old Crow Medicine Show, Dave Rawlings Machine, The Felice Brothers and Justin Townes Earle team up for The Big Surprise Tour. READ ON for more info on what’s sure to be an amazing night of music…

At first I didn’t think I was at the right place. I mean, I had pulled up in front of the brick faced loading docks across the street from a local microbrewery. The store front in front of me had an a-frame sign, hand painted on the sidewalk. My fender was within inches of it. It read “Texas Hold-em. Totally licensed and legal”. There were metal, portable stairs on wheels locked in place against the bricks, allowing access to each of the loading docks. There was a chain link fence separating the docks, effectively locking in the seven port-a-johns that were placed off to one side, the fence surrounding them, I’m sure, for security reasons. Also inside the chain link were about five or six old couches. That must be the designated smoking/peeing section.

Up the metal stairs and inside the first door I found a mineral and gem show, free samples of vegan, coconut ice cream and the assorted families normally associated with mineral shows and free samples of vegan, coconut ice cream. There were nylon patterns stretched wall to wall, floor to ceiling in red and black that hid the industrial warehouse trappings against the red brick walls. There was free water refillable from the five gallon jug of ice water the staff drove themselves crazy replenishing (a hearty Thank You to the girl with the line up the back of her stockings). There was the loud, throb of dance music beats coming from the other side of one of the nylon covered brick walls, loud enough so that the tie dyed and barefoot children of the gem and mineral-ists wore ear plugs, the infants, headphones.

What there wasn’t was anyone at the door asking for tickets or money. Tonight’s show was put on gratis by the benevolent folks over at Lightworker Nonprofit Productions. LWNP is the brain child of Portlander Jake Weaver. Their mission is simple: “Lightworker Nonprofit Productions exists to provide communities across the country, exposure to multiple levels of artistic expression at no financial cost. Our goal is to keep ticket prices FREE to ensure that people of all income levels can attend our events”. Weaver adds, “By producing concerts and related events, with many different types of art being displayed at once, people can experience this expression, become more enriched, and bring that energy back into their community.” READ ON for more from A.J. about EOTO & Ozric’s show… 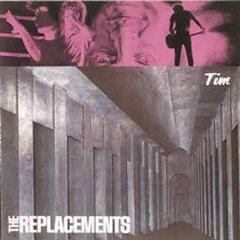 The Replacements – Tim, Pleased To Meet Me, Don’t Tell A Soul, All Shook Down,

The second batch of expanded remastered cd’s of The Replacements is as much of a labor of love as the first four. The exhaustive liner notes and the meticulous detail former manager Peter Jesperson attributes to the bonus tracks (which sometimes double the number of cuts on a given cd) depict a dramatic backdrop to music that is wholly gripping on its own terms. Truth be told, the casual music lover who discovers The ‘Mats via these releases, not knowing their history, might very well come away convinced this Minnesota quartet is one of the finest rock and roll bands America’s produced in the last twenty years…or perhaps longer! 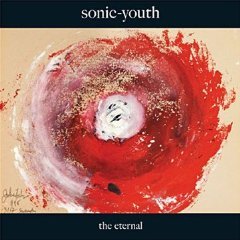 Coming off the most accessible album of their career, Rather Ripped, the 16th full length recording from Sonic Youth is aptly named, The Eternal. They have returned to odd timing’s clanging guitars and poetic lyrical workouts, however not all the mainstream sheen is worn away.