We’re nearing the end of Phish’s first tour since reuniting and this evening the circus moves on to sleepy Burgettstown, PA for a return engagement at the Post-Gazette Pavilion. Earlier,

Contest: Grace Around The World Giveaway

As quickly as Jeff Buckley rose to stardom, he was tragically taken away with fans left only with his debut Grace

as the Orange County native’s only fully fleshed out work to fawn over. Since his passing, Buckley’s canon of work has been repackaged and re-released almost as many times as Tupac’s to include demos, live recordings and alternate studio takes for his insatiable fans.

This August marks the 15th anniversary of the release of Grace. To celebrate the anniversary of Buckley’s landmark LP, Sony Legacy has recently issued their latest tribute to the late singer-songwriter – Grace Around The World.

Now, as part of our epic Everybody Wins When I Plug Something And In Return They Offer Me Free Shit To Give Away program we’re giving away two copies of the Deluxe Version of Grace Around The World. Simply leave a comment below telling us about your favorite Jeff Buckley tune in 25 words or less and you’ll be entered to win. This contest ends on July 5th at 11:59PM. Please only enter once, duplicate entries will be ignored.

We’ll pick two winners at random on Wednesday and each winner will receive a copy Grace-Around The World Deluxe Edition mailed to them by yours truly, so good luck and get to it. READ ON for more details on the release…

Back in 2004, the formidable trio of Conor Oberst, Jim James and M. Ward teamed up for a tour they dubbed Monsters Of Folk. Each artist delivered a solo set,

HeadCount’s latest online auction is a doozy featuring a meet and greet with Bob Weir & RatDog along with openers moe. at Masquerade Music Park in Atlanta, Georgia on July

Live music and network television haven’t exactly mixed very well over the years. You can only find bands playing on late night and even then it’s only for a song or two. ABC’s In Concert series was the rare network television program that actually showed most of a rock band’s performance in concert.

The series debuted in 1972 by airing 90 minute shows – produced by impresario Don Kirchner – and ran until 1974. ABC revived the series in 1991 and it ran until 1998. Let’s take a B List look at ten fantastic videos from ABC In Concert that have been posted on YouTube…

READ ON for videos from The Dead, the Allmans, Hole and more…

Blips: Three Under The Radar Bands

In our never-ending quest to dig up some great bands that cost less than a corned beef sandwich at Katz’s Deli, we bring you another round of Blips. Blips highlights some great bands that are largely still in their larvae stage, but will soon morph into their beautiful butterfly. In this edition, we have some really cool new music, so take a sec, poke around their various websites, and see what you think of these three under the radar musical groups…

Generally, one would look somewhere south of the Mason-Dixon line for spirited gospel-infused Americana, but contrary to conventional wisdom it’s the City Of Brotherly Love that the roots-revival act Hoots & Hellmouth calls home. The band combines its plaintive lyrics with high and lonesome bluegrass harmonies, fire and brimstone playing and folkie-acoustic ballads that will make it almost impossible to keep your feet from stomping along.

should fit nicely into your collection of contemporary old-time music. Hoots & Hellmouth kick off their summer tour tonight, with an album release party an New York City’s Joe’s Pub.

READ ON for two more Blips-worthy acts including Lissy Trullie…

Head to Billboard.com to read Trey, Mike & Page’s thoughts on the Bruce Springsteen sit-in this past Sunday night at the Bonnaroo Festival.

Phish will visit Burgettstown, Pennsylvania, a city with under 2,000 residents, tonight to play a venue – now called Post Gazette Pavilion – that has seen more than its share of bust outs and stellar performances over the years. There seems to be something about those pine trees at the back of the lawn that makes Phish want to deliver something special at this shed.

Having already pulled out Destiny Unbound and Curtis Loew at Fenway Park, When the Cactus is in Bloom in Asheville and Highway to Hell and oh yeah, Bruce Springsteen at Bonnaroo, one has to assume that something rare or new altogether will find a spot in the setlist tonight.

Phish’s first show at the then-Star Lake Amphitheatre was on 8/13/97 and they wasted no time in giving fans something rare with the only performance to date of Elton John’s Amoreena. That show also featured the third-ever Izabella, the fifth-ever Crosseyed and Painless and one of the funkiest Gumbos ever played.

READ ON for a look at the other Burgettstown Phish shows… 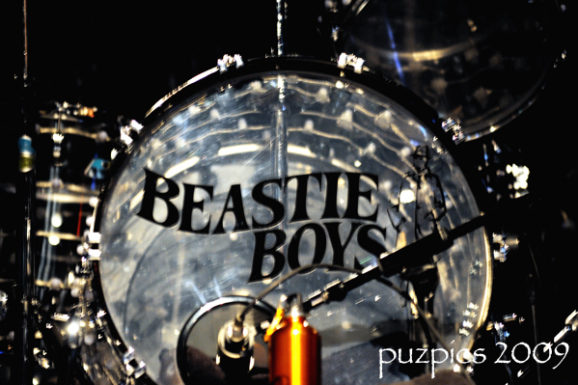 The Beastie Boys performing at Rams Head Live in Baltimore on June 9th, 2009.