We recently spoke with NYC-Freaks list creator – and one of the original Hidden Track contributors – Aaron Stein about how the e-mail list started, how the first Freaks Ball came together, his favorite Freaks Ball moments and much more. Here’s what Aaron had to say…

Scott Bernstein: How did the NYC-Freaks e-mail list start?

Aaron Stein: The story is long and not that interesting. The back story was moving down to the area, living way out on Long Island for graduate school and having to schlep into the city to see music. I knew a handful of people who were occasionally interested in seeing live music with me, but more often than not I went by myself or my girlfriend/wife. After a while I’d start to recognize people at shows and it was quite clear there was a community out there waiting for something to bring it together.

There was a small number of people on the WSP list (Spreadnet) who lived in the city and we got together once or twice or bumped into each other at a few shows in the city, or pre-Panic get-togethers, etc. Finally, one night in January of 2000, we all went out together to see the Justice League of America (w/ Jimmy Herring, T. Lavitz et al) at Wetlands and had a raging, debaucherously good time. I took one day to sleep it off and then started the Freaks list (on the now-gobbled up eGroups site). Around the same, other regional Panic fan list groups were popping up in Atlanta and Chicago.

Even though the list started with a bunch of Widespread fans, I think one of the keys to what it became and what it is and isn’t today is that I made a conscious effort not to make it the “NYC Panic fans” — it was the NYC Freaks from day one. The second major factor in what made the Freaks list the Freaks list is that it wasn’t *just* an email list with the normal shade of anonymity and blowtorching of each others opinions. The point of the list was to get together with other people in the real world and see live music.

While indie-rock act Spoon have long been critic’s darlings, their 2007 release Ga Ga Ga Ga Ga helped bring the band’s music to a larger audience with the help their

Ballad Of A Thin Man is the fifth track on the 1965 Bob Dylan album Highway 61 Revisited. There are many theories regarding who the song is about, the most common one being that it’s about a reporter who can’t fully understand the meaning behind Dylan’s lyrics.

Elliot Smith: This is a very popular download on the Live Music Archive, over 100,000 people have downloaded this show, and if you’re not one of them – you should be. Smith channels Dylan’s vocal delivery in a way that I’ve never heard him do on his original material. And I’m pretty sure he nails every single word which is pretty hard for a live Dylan cover. Source: 10-11-1998

READ ON for the rest of this week’s contestants…

Long before it played host to Phish’s Festival 8 last October, the Empire Polo Club in Indio, CA has been home base to the indie-centric Coachella Valley Music & Arts

To me, Hidden Track features a staff of intelligent well spoken contributors who host the only blog on the web that cover all genres with no rules or regulations. It

The Killers Going On Indefinite Hiatus

The Killers have announced that they are due to go on an ‘indefinite hiatus’. The band who are about to play a series of shows in Asia and Australia, have 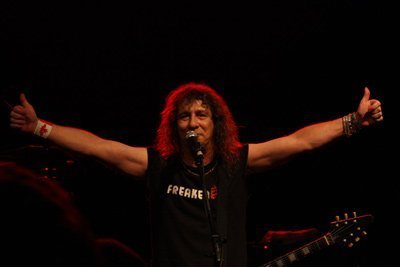 Sunday night, Anvil, currently one week deep in a tour that stretches across the entire country and parts of the world, brought their heavy metal to the Theatre of Living Arts in Philadelphia.  The three piece metal band brought the experience to a group of fans who have been longing for the band to hit it big for years.  The crowd, made up of a wide demographic ranging from hardcore thrash fans to avid music fans, all took part in the celebration of a lifelong dream of a band that deserved much more than they were dealt.

For a festival known to hint its lineup, Bonnaroo might just have uncovered the the names of two of the acts set to headline its 2010 festival in Manchester, TN,

Soul revivalist, Mayer Hawthorne, will have a busy Spring ahead of him.  After announcing a handful of dates supporting Passion Pit, the Detroit-born crooner has announced even more tour dates,