With the addition of a number of bands that appeal to the Pitchfork/Stereogum crowd, we’d say the inaugural Nateva Music Festival is having an identity crisis, but isn’t variety the

Through The Fog: Pretty Lights

Back in Sacred Heart grammar school, Mr. Shields was the roving music teacher. With an upright Baldwin piano on wheels, Mr. Shields would twice weekly enter the classroom to instruct us on the finer points of his interpretation of music. “What is music?” he would ask at the beginning of each class. “Music is sound”, we’d answer in unison. “That has what three qualities? he would ask. “Rhythm, melody and harmony” we would echo back. Twice a week. This was the prerequisite quizzing we got before being allowed to explore the delicate intricacies of “Kumbaya” and the choral arrangement of Sounds Of Silence.

I probably have Mr. Shields at least partially to thank for my open mind regarding music. Between the classical and folk introduced to me on that old Baldwin and what there was around my home, I pretty much was open for anything. I’ve been to dozens of symphony concerts, choral masses, open mike nights and one person shows over the years and, with very few exceptions, really appreciated the music. Hip hop, rap, techno, emo, death metal, and quartets of both the string and barber shop varieties, I’ve seen a little of everything.

But as I have aged, I’ve become a tad more selective in spending my entertainment dollars, gravitating more toward the solid rock and singer songwriter acts that fall in my comfort zone. I had my ‘Rave Phase’ back in the mid nineties. We’d hook up with a bunch of friends and head off to a warehouse in the industrial section. We’d take E and dance for hours and drink like fish, stay out till three and have a great time. The DJ’s played house and techno and kept the party going in shifts, never letting the beat drop. Mainstream acceptance of the rave culture was still years away and computer geeks of their day were still figuring out that they could make wonderful music with the assistance of a powerful laptop and a file full of samples.

Fast forward about 17 years. I’m at the Roseland Theater in Portland for Pretty Lights. The guy in front of me in line is expounding to his two friends about how this should be fun, cause DJs aren’t really musicians. They only use other’s music, he was saying, almost like parasites. They can’t write their won stuff, they just distort other’s hard work. This guy won’t shut up. In his dubious opinion, he was about to witness the musical equivalent of summer reruns on shuffle. If I may quote no less a scholar than Bugs Bunny, ‘What an ignoraminous!”

READ ON for more from A.J. on Pretty Lights in PDX…

“When you look at a city, it’s like reading the hopes, aspirations and pride of everyone who built it.” Hugh Newell Jacobsen

Of course what Mr. Jacobsen forgets is that a city is an impolite and imperfect marriage of those aspirations. Who does the city belong to and who owns its cultural heritage, episode three of HBO’s Treme asks. Davis McAlary assumes it belongs to him and the musicians of Treme. That no military police can tell him how to act in front of his house and that his rich white neighbors can’t possibly understand the specific history of the neighborhood and even invokes Trombone Shorty’s name in the discussion.*

*Funny moment: Early in the episode Davis, whom is white, unemployed, a part-time musician and a longtime music snob – i.e. a HIPSTER – is railing against gentrification when it’s an older gay couple, whom he’s (wrongly) assumed have no ties to the area. Later on he’s inspired to sing proudly about the group of strippers that have moved into the neighborhood and even uses the line, “You can call it gentrification, but I call it good!”

The musicians on the other hand, have their own ideas about their place in New Orleans. Delmond Lambreaux suggests that while New Orleans loves its music, it doesn’t have nearly as much love for its musicians and almost begs Trombone Shorty to leave the city for greener pastures in New York or Europe. Even the famous Dr. John, during rehearsals for a benefit at Lincoln Center worries that he’ll be criticized for not presenting the Mardi Gras Indian songs with enough “respect”.

READ ON for more on episode three of HBO’s Treme…

“I believe whatever doesn’t kill you, simply makes you… [takes off his mask] stranger.”

…transformed into another image, and another drifting away, without beginning, or end, to always be, and not knowing what to do next, trapped in time, and fading into the mists of history, a glimpse of blissful eternity…

Ahhh…eternity, we’ve hit upon that word. Again. THAT word, buried below, like some lost remnant on an island where time has no meaning; and space, even less, just the two concepts engaged in immortal combat, as it were, with each other. Climb aboard as we venture out there into eternal bliss (or, is it madness?) in the first episode of the fourth season, and a nod back to the final episode of the third season, with a journey through the American version of a science fiction novel written by Stanislaw Lem, Solaris.

Transformed into another image, this film was produced by James “I’m King of the World” Cameron betwixt his minor Kate y Leo celluloid ride upon the waves of joyful rompery before remembering that they are, in fact, on the tragic Titanic (didn’t they see the movie? Didn’t they hear about the iceberg?), and a tiny 3-D science fiction docudrama called Avatar, starring an evil jarhead, the cool Latino chick from LOST, a miscast Ripley Weaver, and a bunch of little fairies and birds that are quite fascinating to watch when a) high, and b) catching the overwrought film on a towering 26-story screen.

READ ON for more on this week’s Hidden Flick, Solaris…

Vid: Sting & The Roots – Message In A Bottle

Quite a meeting of the musical minds went down at the National Mall this past Sunday where 150,000 people came out for a rally in support of action on climate 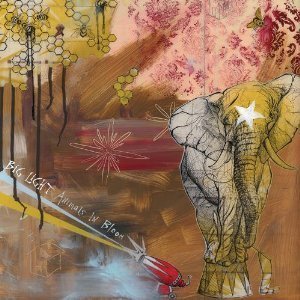 f there is any justice in the world, Big Light’s, Animals In Bloom will dominate and help define your summer days this year. It is an album that is meant to be played loud, very loud, with your windows down. The music is deeply textural, brilliantly cleaver, and very centered on the words and vocal inflections of the band’s songwriter, guitarist, and co-founder Fred Torphy. It is powerful, emotional music in the vein of some of the classic modern songwriters like Jeff Tweedy and Brad Barr, but with Torphy’s distinctive spin. 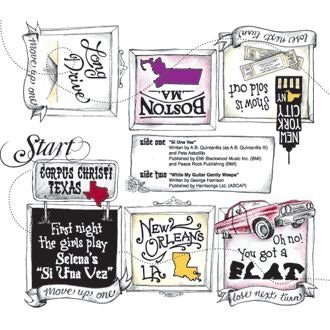 Girl In A Coma: Adventures in Coverland

Girl in a Coma’s latest release, a series of 7" EPs titled Adventures in Coverland, is their stab at this critically (though not always commercially) dangerous plan. So, how do they fare? Well, with selections ranging from Richie Valens to Joy Division, they certainly succeed in laying out the influences of what has become, in a very short time, a remarkably rich musical palette. The selection is also culturally diverse, spelling out the trio’s cultural history as well. In conjunction with their last album, 2009’s Trio BC, these EPs make the source of Girl in a Coma’s rapidly expanding vision quite clear. Taken as a whole, there is no question that Adventures in Coverland succeeds where similar albums, often by bands with far more experience, fail.

Experimental dream-pop group SCHOOL OF SEVEN BELLS announces the July 13th release of their new album Disconnect from Desire, on Vagrant/Ghostly International and Full Time Hobby in Europe.  In support

She & Him Announce July Shows

The duo of She & Him (Zooey Deschanel and M.Ward) have announced a July tour in support of their sophomore effort, Volume 2.  Kicking off in Boston on the 1st,