A few months back String Cheese Incident announced a set of two Hulaween shows at the legendary Hampton Coliseum that take place on Friday, October 29 and Saturday, October 30.

We’re less than two weeks away from what looks to be the biggest and best Camp Bisco yet, as Camp Bisco 9 runs from July 15 – 17 at Indian

In keeping with our big wrap-up week of Phish’s fun-filled first leg of their summer tour, today we bring you an A to Z rundown of the highlights, songs, venues, jams and surprises which added to an overwhelmingly positive reception to the 18 show extravaganza.

A is for Alpharetta – To one of my new favorite summer venues, thanks for a great time. Nice lot scene, easy-in easy-out traffic management, decent bathroom set ups, a nice lawn with trees for shade, and oh baby, that Pit! With a pretty well-functioning wristband system to keep it from getting too crowded from folks getting stubbed down, yet a remarkably easy pavilion, the Pit feels like the Hampton of summer. Even the hotels kind of have that Hampton feeling (and the Marriott is the crown jewel).

B is for the Best Shows – The whole second half of the first leg really knocked it out of the park: the second night of SPAC kicked things in to high gear, Camden dropped the hammer, and the rest of the shows took it home. If forced to make a top three list, it’d all about the Sunday shows. In first place, the 4th of July show took home top honors as it hit both the surprises and improvisations for a perfect combination of fun, energy, and rarities. In second place, the second night of Merriweather proved to be the hottest show of the tour in terms of actual temperature, but second best in terms of playing, and then finally, SPAC II takes third.

READ ON for more on Phish Tour: From A to Z…

As if we weren’t already excited enough about God Street Wine’s reunion concerts, which start tomorrow and Saturday at NYC’s Gramercy Theatre, longtime friend of HT Michael Weiss has posted

Happy Belated Independence Day Hidden Track readers. Over the weekend there were enough Rock & Roll Fireworks and renditions of The Star Spangled Banner to last a lifetime. We’ll go relatively easy on the patriotic front and we’ll get right down to business.

[Thanks to richfor this week’s photo]

The best way for me to select tracks for Last Week’s Sauce is when I steal the ideas from my friends. When I saw ScottyB (not the ScottyB who taped this show) send out over his Facebook feed, “can’t believe moe. busted out Ugly American. Been waiting 14 years for that one.” – I knew immediately what one of the bands for this piece would be. moe. plays tonight at the LC Outdoor Pavilion in Columbus, OH.

Is there anything better than screaming guitars and fireworks?

READ ON for tracks from Pearl Jam, Phish and Steve Kimock’s band…

I first met Davy Knowles on a rainy night in Portland, Oregon. He and his band, Back Door Slam were about to play to a pretty full room and he was very excited. In the previous couple of days the high school pals from the Isle of Man had been going through the right of passage for an up and coming band, touring the States in a van. They had their first snowball fight, were gifted a magnificent vintage amplifier and were relegated to sitting in the basement green room of the club they played due to the fact that they were all below the legal drinking age of 21. They had recently released their first full length LP, Roll Away and were well received and then some throughout the entire tour.

Onstage, BDS tore the roof off the joint, delivering ninety minutes of swaggering, swearing, deep seated blues that belied their youthfulness. Davy Knowles sang and played guitar with a passion and voice that transcended his young age, evoking Stevie, Jimi, Muddy and a slew of blues legends.

Now flash forward to present day. The band is now Davy Knowles & Back Door Slam, the original rhythm section (Ross and Adam) having split to pursue different paths. Knowles’ second album is produced and partially co-written with Peter Frampton. The list of bands that DK&BDS have toured with as opening act are all “A-listers”: Gov’t Mule, Chickenfoot, Jeff Beck to name a few. Davy was asked to jam nightly and learned the art of improvisation by following the likes of Joe Satriani and Warren Haynes.

Knowles was recently asked to join the latest incarnation of the Rhythm Devils for this summer’s tour season. So, add learning the Dead catalogue, the Rhythm Devils material to the education of Davy Knowles. He has been busily learning the new material, flashing off MP3-filled emails to Mickey Hart as frequently as they are critiqued and returned, working the initial rehearsals out via the internet.

AJ Crandall: Let’s chat. In the last couple of years since we spoke, you had an album produced and partially co-written with Peter Frampton, you were personally picked to open for Gov’t Mule and got to jam with Warren Haynes every night, you toured with Chickenfoot, you toured with Jeff Beck, all in the last year or so. Now you are going to be playing every night with a chunk of the Grateful Dead, Obviously the music industry has taken notice of Davy Knowles. Are you surprised by all the attention over these last couple of years?

Davy Knowles: Oh my gosh. Funny, but when it’s happening, it doesn’t really strike you like that. Like when the Jeff Beck thing came up or the Chickenfoot thing came up, I felt I should just keep my head down and learn as much as I can and play as much as I can. You know, do my job. But when people say it back to you like that, it kind of makes you stop and think, ‘I’m Just incredibly lucky.’

READ ON for more of AJ’s chat with Davy Knowles…

On August 24 the band with easily the hardest name to Google – !!! (usually pronounced as Chk Chk Chk) – will release their fourth studio album, Strange Weather Isn’t 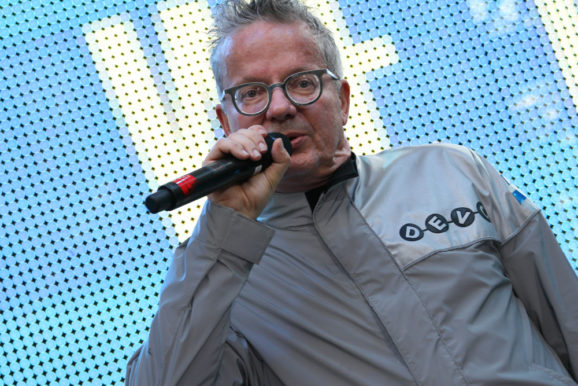 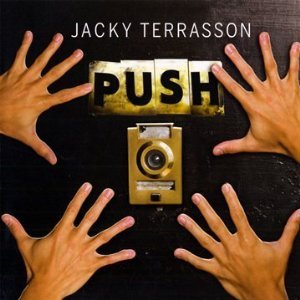 There is a  warmth in Jacky Terrasson's piano playing on Push not unlike that which pervades his previous work. But in combination with the playful charm he exudes throughout this disc, along with the simpatico relationship evident with his accompanists, the sensation runs deeper than in the past. 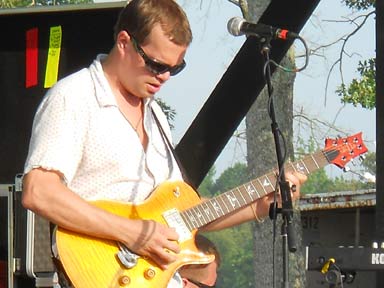 After having played two smokin’ sets at Bonnaroo for their record-breaking sixth appearance. Glide recently caught up with Umphrey’s singer-guitarist Brendan Bayliss right before he and Jeff Austin (band mate in side project 30db) had the honor of singing the National Anthem at Wrigley Field.