Phish Fall Tour 2010 has arrived in the Northeast for two weeks worth of shows starting tonight at the tiny Augusta Civic Center in Augusta, ME. [Photo by Eric Wyman]

Jam Cruise 9 will set sail from Ft. Lauderdale on January 4th filled to the brim with amazing artists and the band fans who love them. Today, we present another Jam Cruise Files column which profiles a band or musician scheduled to rock the MSC Poesia between January 4 & 9. This installment of JC Files features DJ – and HT contributor – Wade “Wyllys” Wilby who worked in production and as an LD on three previous cruises before he was welcomed back as an artist this time around for Jam Cruise 9.

Hidden Track: On a past Jam Cruise you worked on the production end of things, is it as hard to load equipment onto a boat as it seems?

Wyllys: It sure is. The Florida wind is your main enemy because everything comes over the side of the boat via crane. I believe “huge ass crane” is the technical term. The backline (rented musical equipment), sound and lighting come over in boxes that the crane sends over the side of the boat and us monkeys below have to stabilize the crate, bring it to landing, unload and repeat ad nauseum. Those aren’t that bad.

The most terrifying thing to come over the side of the boat is the main stage for the pool deck, which is the trailer portion of a tractor trailer. One of those blowing around in the florida wind can cause you to really re-think your career choice. We then move all the gear to their respective places inside the boat, literally building some “venues” where no venue existed before in some cases. Very challenging to say the least.

READ ON for more of our chat with Wyllys…

My Morning Jacket kicked off their “album run” at Terminal 5 in New York City last night where they performed their debut LP, Tennessee Fire, in its entirety as well

It may seem a bit early to start thinking about the holiday season, since we’ve barely even made it to Halloween, but believe it or Hannukah is right around the

Last night, the intimate Kenny’s Castaways club was transformed into “The Mossery” for an incredibly unique event to celebrate the release of bassist Mike Gordon’s new LP, Moss. Not only could attendees pose for Moss-y photos, obtain “moss-taches” and meet a live owl, but the event gave musicians of all talent levels a chance to jam with Gordon, drummer Joe Russo and a few members of Mike’s band over the course of two separate shows.

I must admit, I was worried The Mossery would turn into a shit show with incapable musicians rotating in and out with the house band – which consisted for the early show of Gordon, Russo and guitarist Scott Murawski. Luckily, the shit show never developed as a number of  impressive guitarists, bassists, percussion players and keyboardists made the most of this rare opportunity to jam with some of the best cats in the biz. Don’t get me wrong, there were plenty of cringe worthy moments and the near two-hour set had its ups and downs, but for the most part this “experiment” worked out and was entertaining for those who weren’t on stage.

Word spread far and wide about The Mossery over the past few days leading to a two-block line outside of the 175-person capacity club. There were a bunch of musicians who arrived well before the 7:30PM opening intent on jamming with Mike. Stage Manager Chris Friday kept a list of those who wanted to jam and did an exceptional job of rotating the jammers on and off of the stage and Mike did his best to play to the talents of those up there with him. READ ON for more on Mike Gordon’s The Mossery event…

In one of the cutest videos we’ll probably ever post on the ol’ HT, Keller Williams performs My Neighbor Is Happy Again from his forthcoming children’s album, Kids, along with 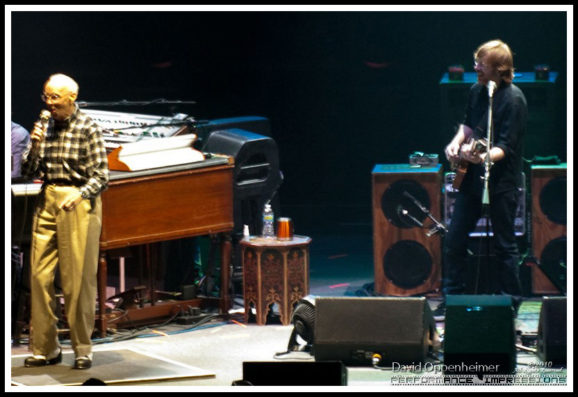 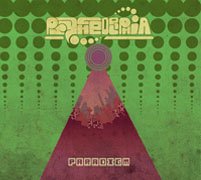 Yep – Psychedelphia knows how to shape-shift and genre-morph, fo’ sure. At times, you might come close to accusing them of musical ADD, but if you put an ear to what’s happening, you can usually find the common thread that connects the various passages. And they’re versatile: they can do the spacey/loopy/how-are-they-ever-going-to-land-this-thing stuff (“Nano”) as well as breathe underwater courtesy of the air trapped inside big ol’ bass bubbles (“Submerged”). 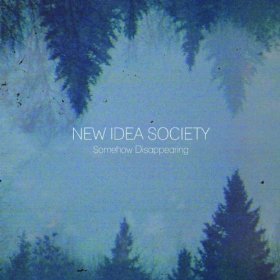 New Idea Society have crafted a sonic landscape that relies on nuance and sleight of hand rather than a routine pop rock formula. Though the music has a minimalist approach, its layered quality rewards repeated listening, with each play revealing something new. Sounds that don’t traditionally go together are combined, such as the frenzied drum rolls and jangling guitars of “Autumn You” or the marching drums and brooding melody of “Come Outside.”