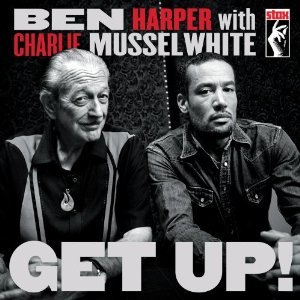 Ben Harper With Charlie Musselwhite: Get Up!

On paper the pairing appears unlikely — one was born in ’69, the other turns 69 next week — but Ben Harper and Charlie Musselwhite bridge their age gap with a proper album that traces their bond to the late ’90s. Blues great John Lee Hooker recruited them for a session, and that first meeting inspired another in 2003, when Harper backed Musselwhite on his Grammy-nominated Sanctuary. Get Up! reunites these old souls a decade later, with Harper leading the effort on his twelfth album and first for Stax.

MoMA celebrates the Stones on film, a new Yo Gabba Gabba! compilation and more.