Bob Weir and Bruce Hornsby – Alone and Together in Oakland

A recap, the setlist and video of Hell In A Bucket from Bob Weir and Bruce Hornsby’s show.

There were lots of cold fingers in the air on Saturday as the first truly cold day of the year hit Boulder, the same day Mike Gordon brought his tour in support of Moss to the famously sunny and dry state of Colorado (ironically, moss usually grows best in shady, damp areas). Coloradans are pretty relaxed and don’t worry too much about being late to a show, but there was a line down the street before the doors opened for this one, and the floor was packed with crunchy, bearded people wearing beanie caps well before 9PM.

Fittingly, Cactus opened the first set with Can’t Stand Still, the catchy first track on the new album. Mike breathed a sigh of relief after this one, commenting on his love for The Fox Theater, and perhaps Boulder in general, as he gave us his first installment of what would be the theme for the night. “I’ve got one hand in my pocket, and the other one up for a high five.”

From there, it was the Party Time track Only A Dream, and the Bill Monroe/Peter Rowan tune Walls of Time, and Mike walked that bass line like a dog while guitarist Scott Murawski tinkered around on some country licks. Tom Cleary’s tune I Sure Miss My Mind jumped right on that energy. The hammy lyrics were, if nothing else, enjoyable, and the back and forth soloing between Cleary on the keys and Murawski’s guitar paved the way for the intricacies of Andelman’s Yard. Another round of high fives was passed, and then came Down To The Nightclub, on which Cleary again took the spotlight – removing his shoe and using it to replace his left hand. Murawski took lead vocals on Emotional Railroad, the Max Creek original, whose drawn out jam segued into Traveled Too Far.

READ ON for more thoughts on the MGB at the Fox…

Jamtronica favorites the Disco Biscuits are putting two day passes for their Bisco Inferno gala at Red Rocks up for presale at Noon. These passes – of which sources say 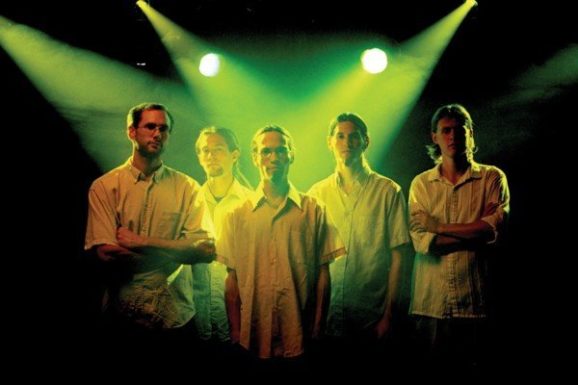 Riding high off successful performances at this year